Picture, if you will, the Material Plane that makes up much of the scenery in a typical Dungeons and Dragons game. It’s a vast place, containing everything from continents, countriesm, cities, etc. There are so many places you could use as a DnD setting for your campaign. But what if there was more than just the Material Plane? In fact, there is – this is just one plane in a multiverse full of D&D planes.

D&D planes are numerous and complex, but you can typically suss out where they all are using the Great Wheel, a cosmological diagram designed to make inter-planar travel a little easier for Dungeon Masters and players Be sure to check your Player’s Handbook for more information.

The planes can be split into several categories: starting at the centre of the wheel, we have the Material Plane (the world you know) and its echoes; the Transitive Planes surrounding those; then the Inner Planes (also known as the Elemental Planes); and, finally, the Outer Planes – all of which are some degree of positive or negative, as each links to at least one D&D alignment. If all of this is sounding a bit dense, don’t worry – we’ve put together this guide to help make sense of some of the planes you might want to travel to in a future game.

Before we jump into the proverbial colour pool, however, let’s start with a brief summary. Here are ten D&D planes you can visit: 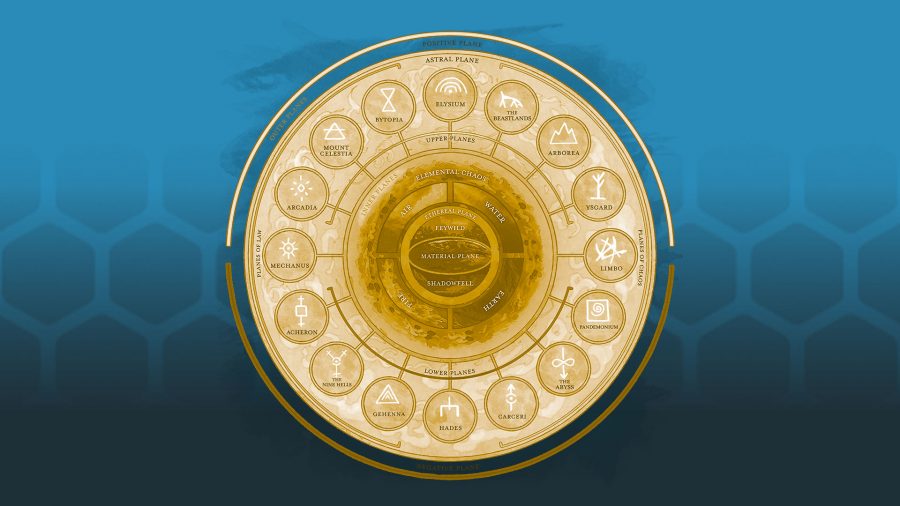 The first elves that made their way into the Material Plane originated from the Feywild, otherwise known as the Plane of the Faerie. Sylvan creatures like elves, dryads, pixies, and unicorns inhabit the land. The Feywild is an alternate, parallel dimension to the Material Plane, and both planes exist in the same cosmological space. This means that the topography of both planes is generally similar, but the natural features of The Feywild are far more fantastical.

Spelljammin’: Check out this guide to the Spelljammer setting

Like many other DnD planes, you can learn more about how to bring the Feywild to life for your players in The Dungeon Master’s Guide. For players just looking to explore, however, you can dive into this glittering, magical plane thanks to D&D adventures like The Wild Beyond the Witchlight. 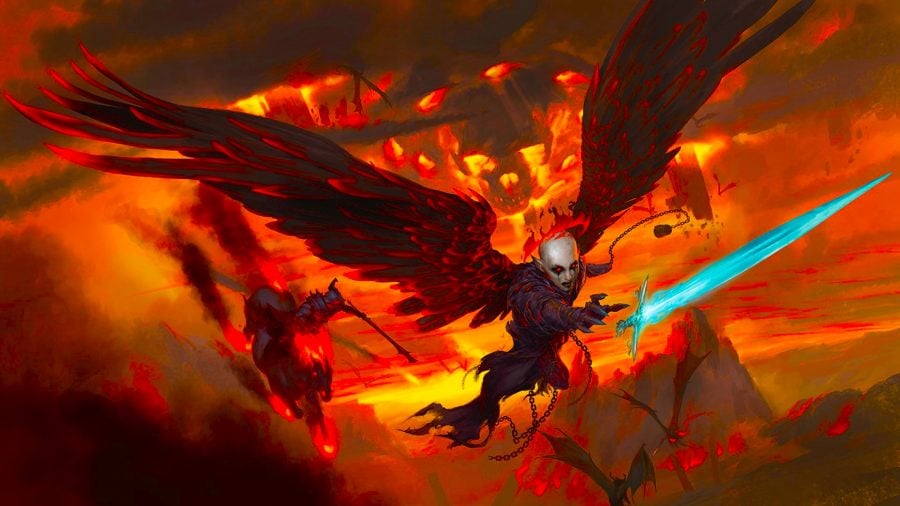 Many of the Outer Planes of the multiverse represent a specific alignment. The Nine Hells of Baator represent the pinnacle of lawful evil, and each of its nine levels is ruled by an archdevil that swears fealty to Asmodeus – that is, until some other force of evil takes over as ruler.

By the book: Check out this guide to the best D&D books

The nine layers have varying natural characteristics. Avernus is a rocky wasteland with rivers of blood, and Dis is full of jagged mountains. Minauros is a bog of acidic rain, Phlegethos is a sea of magma and volcanoes, and Stygia is frozen over entirely. It only gets worse the deeper you go – you can find the details of each layer and its inhabitants in the Dungeon Master’s Guide. 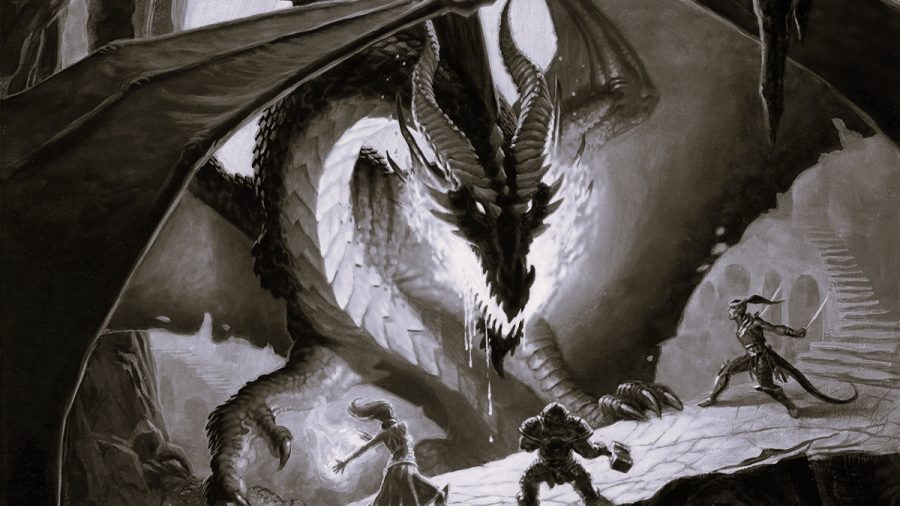 Impish inventory: These are the best DnD 5E magic items

The Dungeon Master’s Guide is still the best source of information on the Shadowfell in D&D 5E, but it does crop up here and there in adventures. Without spoiling anything specific, check out Waterdeep: Dungeon of the Mad Mage for some more Shadowfell fun. 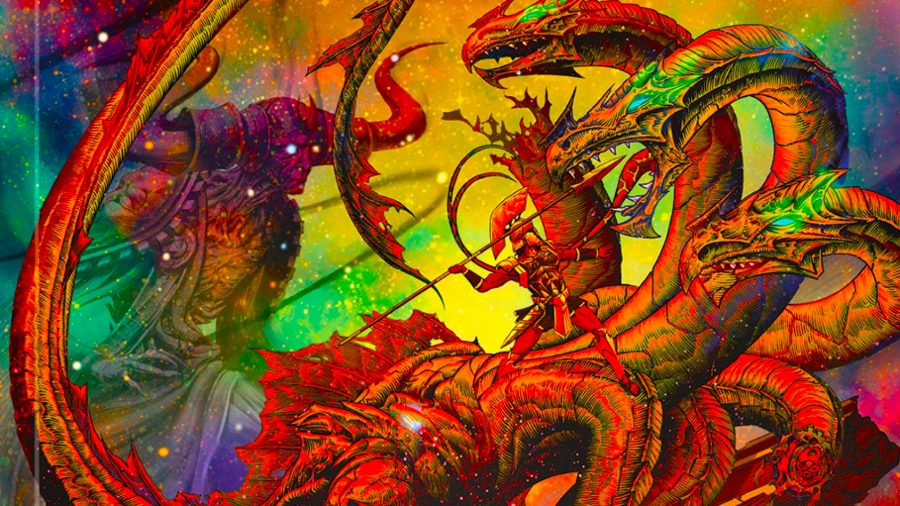 The Astral Plane is a gateway to the Outer Planes, a plane of dreams and disembodied souls drifting through an enormous, silver sea. Apart from this swirl of silver, The Astral Plane is pretty much empty – save magical pools of light known as colour pools and the occasional hunk of rock. Humanoids do live in the Astral Plane, but nothing that stays there ages. This means that the communities have to establish themselves on other planes if they want their descendants to grow up.

As always, the DM’s Guide has everything you need in terms of lore and description, and the Player’s Handbook will top up your knowledge of other core mechanics relating to the Astral Plane – for example, planar travel, or how to use DnD magic items like the Bag of Holding. 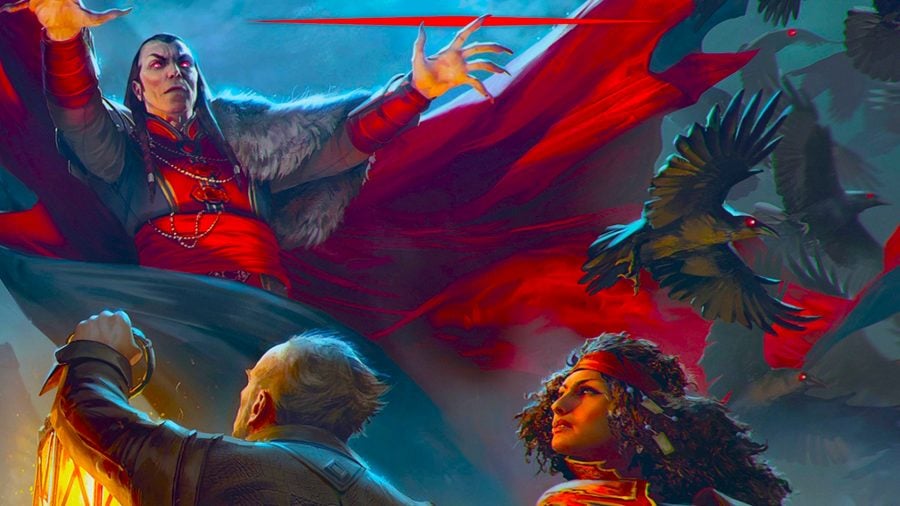 Through the Shadowfell, several equally dark and dismal demiplanes can be accessed. These are the Domains of Dread, also known as Ravenloft. Each is a horrifying realm ruled by a different evil being. The best known is Barovia, which is ruled by the vampiric Count Strahd von Zarovich, who resides in the towering Castle Ravenloft.

Quantity and quality: Check out this D&D 5E multiclassing guide

While Barovia is the best known of these demiplanes, Van Richten’s Guide to Ravenloft lists 39 other named Domains of Dread you can visit – and even includes tips for creating a dreadful domain of your own. You can also get a better look at Barovia in adventures like Curse of Strahd.

For a more comprehensive look at this plane, check out our Ravenloft guide. 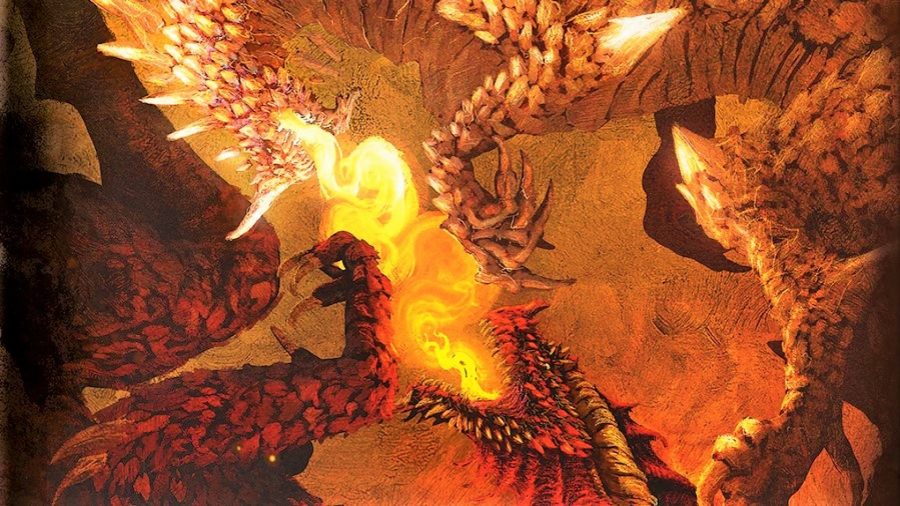 Considering this Outer Plane is the original home of demons, you won’t be surprised to learn that the Abyss is the plane that represents the chaotic evil alignment. Much like the Nine Hells, the Abyss has several layers with their own distinct environments. Each also has its own prince appointed as ruler. The one you’re most likely to be familiar with is Demogorgon (thanks, Stranger Things), who rules the jungles of The Gaping Maw.

Pious party: This is our DnD cleric 5E guide

The Dungeon Master’s Guide has a summary of every important layer in the Abyss. You can also find out more about this plane and its princes in Mordenkainen’s Tome of Foes. 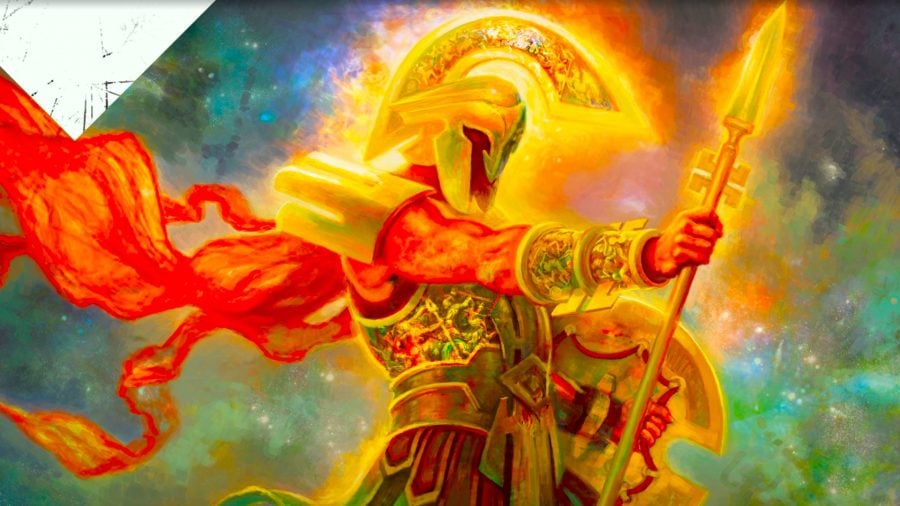 Theros is a collection of demiplanes inspired by the real-life mythology of ancient Greece. This is a realm where the gods hold great sway, and the beliefs of human beings have the power to, sometimes, become real. There are three major planes within Theros – the mortal world, the Underworld, and the divine realm of Nyx. The mortal realm here is smaller than in many other planes, and the fields of Nyx are visible as constellations in its night sky. Naturally, most only get to see the Underworld after they’re dead.

Mighty roar: These are the best D&D dragons

Theros was actually originally created as a setting for the trading card game Magic: The Gathering. As a DnD setting, though, all the information you need is contained within the adventure book Mythic Oddities of Theros. 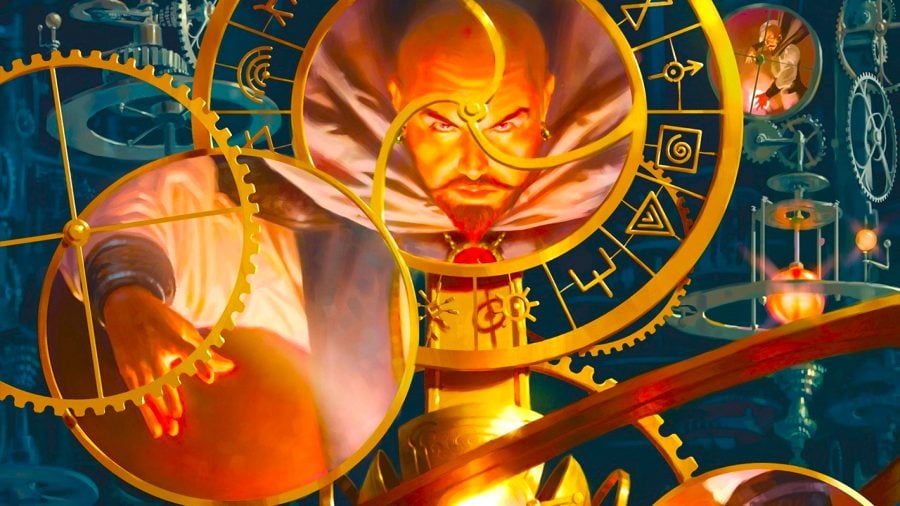 Mechanus sometimes goes by other names – Nirvana, or The Clockwork Nirvana of Mechanus, to be exact. Embodying the lawful neutral alignment, Mechanus is a land of perfect order. The plane is made up of interlocking clockwork gears, all spinning towards a purpose so great, a calculation so complex, that no deity is sure what it is.

Monster mash: These are the best D&D monsters for your game

A deific being known as Primus rules Mechanus, but the majority of its inhabitants are Modrons. These little clockwork creatures aim to increase the order of the universe in Primus’ stead – you can learn more about them in your Monster Manual. 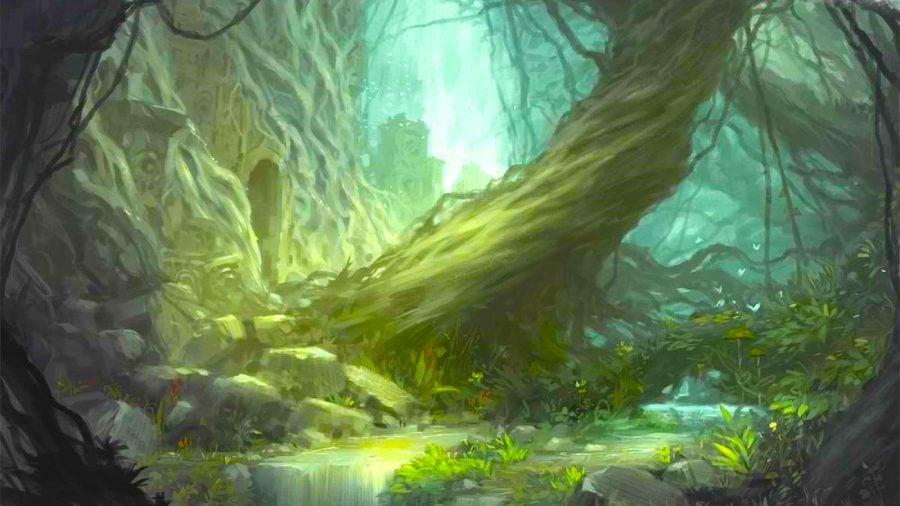 Looking for another plane heavily influenced by real-world mythology? Look no further. While Theros mirrors the Greek pantheon, the Outer Plane of Ysgard closely resembles Norse mythology in multiple ways.

Orcs ‘n all: Here’s our guide to DnD races

On the fjords, mountains, and battlefields of Ysgard, heroes test their strength by battling giants and dragons. On the Great Wheel, Ysgard also sits between the chaotic good and chaotic neutral alignment. 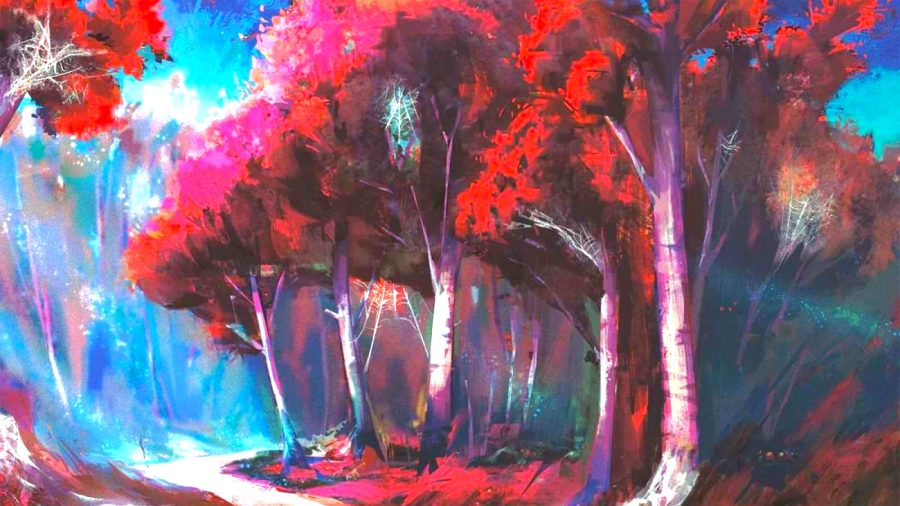 The lush fields and countryside of the Outer Plane Elysium are a home for all that shows kindness in the multiverse. This is the home of true good that’s neither chaotic nor lawful – it’s also the true home of unicorns.

Spell it out: These are the most useful D&D 5E spells

Given that Elysium is named after the mythical Greek paradise Elysian fields, you might imagine this plane to look a little like Theros in places – or you might put your own, alternative spin on it. And, just like the other entries in this guide, you can find a summary of Elysium and its additional mechanics in the Dungeon Master’s Guide.