If you’re a fan of Dungeons and Dragons, you’ve probably heard the name Spelljammer in all sorts of places recently. Ever since Spelljammer and Dragonlance 5E were announced in a D&D stream on April 21, fans of tabletop RPGs everywhere have had space on the brain. But what exactly is a Spelljammer, anyway?

Well, technically it’s three things. Firstly, Spelljammer is the name of a DnD setting developed by Jeff Grubb for AD&D 2E back in the 1980s. The Spelljammer books brought something completely different to D&D at the time, charting a way to travel space and link the various worlds of the TTRPG. Secondly, spelljamming is a verb – it’s when a spellcaster uses their magical ability to control a floating ship and move through space. And lastly, The Spelljammer is a specific spelljamming ship that’s been floating in and out of legend since space travel began.

If you haven’t been playing D&D since the days of the original Spelljammer D&D books, then you might be looking for a clear explanation of the setting – that way, you know exactly what to get excited about when Spelljammer: Adventures in Space 5E releases.

Well, look no further – Wargamer has more Spelljammer knowledge than you can shake a space hamster at. We’ll even update this guide when we know more about Spelljammer 5E. 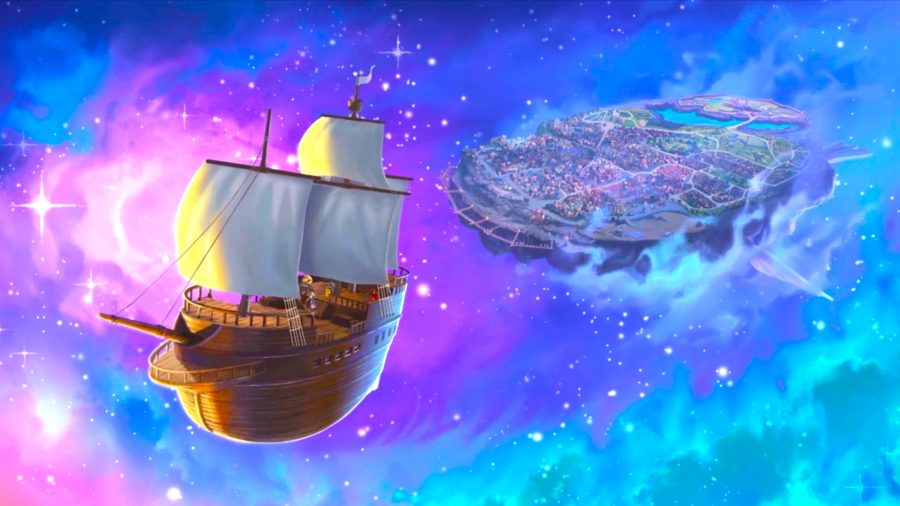 Back in 1989, D&D didn’t have the cosmology we understand today – DnD planes were yet to be fully developed as a concept. This means, in Spelljammer 2E, space and places worked a little differently. Each campaign setting (like Krynn from Dragonlance, Greyhawk, and the Forgotten Realms) existed in a Crystal Sphere. Think of this as a big wall around the universe that keeps all other universes out. Between each crystal sphere flows the Phlogiston, a rainbow, fluorescent gas.

While it’s entirely possible to reach the Phlogiston, most of your spelljamming will likely be done in ‘wildspace’, which is the space between planets, stars, and other celestial bodies within a particular crystal sphere. If you’re used to your DnD maps spanning, at most, a continent, then don’t panic. The original Spelljammer: Adventures in Space was filled with advice on how to create a planetary system for your adventure, as well as the details of several existing systems. It’s likely Spelljammer 5E will offer similar hints and tips.

Of course, Spelljammer isn’t without its DnD cities. We already know from a map included in the 5E version of Spelljammer: Adventures in Space that The Rock of Bral, a well-known asteroid settlement from Spelljammer 2E, is returning. This was originally a merchant city of humanoids living together on an asteroid one mile long, and a D&D press release from April 2022 said it could act both as a central hub and an adventure location in Spelljammer 5E. 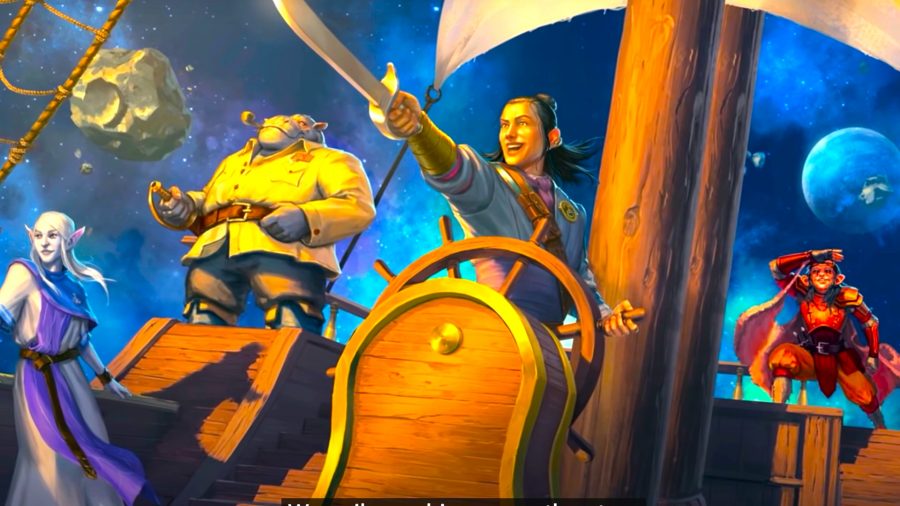 We know from playtest material revealed on D&D’s Unearthed Arcana blog in October 2021 that several DnD races from the Spelljammer series will return as playable races in Spelljammer 5E. This includes the Giffs, which are humanoid hippos; Autognomes, who are mechanical beings built by Rock Gnomes; amorphous amoebas known as Plasmoids; the ape-like Hadozees; the Thri-Kreen, who are four-armed insectoids; and Astral Elves, who pretty much do what they say on the tin. Each of these races was confirmed for Spelljammer 5E in the D&D Direct.

Of course, all your standard D&D races are hanging around in space, too – but perhaps in different arrangements than you might find on the ground of your chosen world. In Spelljammer 2E, humans were the most common race found in space, with Elves and Dwarves also widespread. Races like Gnomes and Halflings were considered far too fond of the ground to frequent the skies – but Spelljammer 5E may adapt this ratio of races in space, and there’s no reason not to create a particularly ambitious Halfling character. 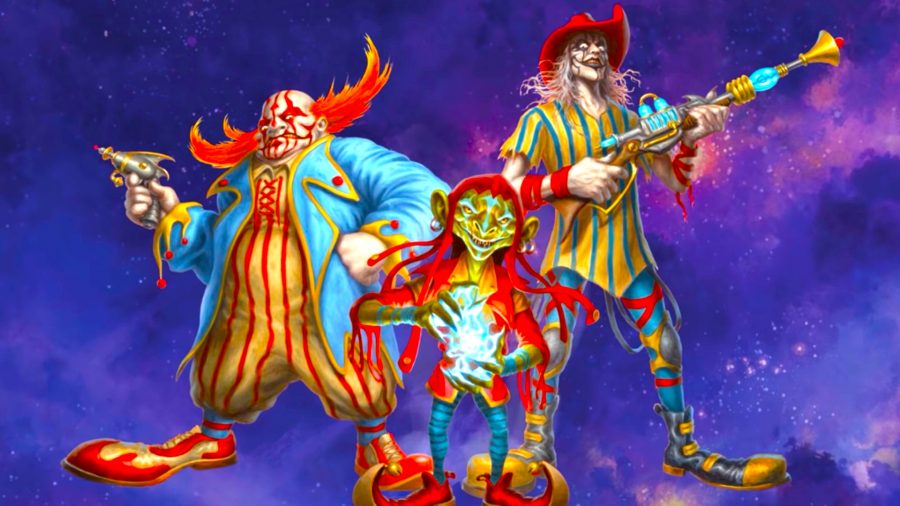 Player-characters aren’t the only ones spelljamming around in wildspace; you can expect plenty of monsters to keep your campaign less than ship-shape. Spelljammer 2E introduced a whole bunch of new D&D monsters. This includes the Neogi, a ruthless, spider-like creature; fishlike space creatures known as Scavvers; and Giant Space Hamsters, which are – well, giant space hamsters. Each of these has been confirmed for Spelljammer 5E, along with plenty of new additions – Space Clowns and Vampirates will certainly make wildspace more colourful.

Dragons don’t do well in space

In addition to space-specific monsters, certain ‘regular’ monsters are particularly present or absent in space. Lizard men, mind flayers, and the undead all do very well in space – your standard surface-dwelling DnD dragons, not so much. Spelljammer 5E promises plenty of Lunar and Solar dragons to balance things out, though.

Spelljammer 2E also came with mechanics that would help you translate home-world creatures for a space setting. It suggested adjusting stats, for example by doubling the hit die or number of attacks for the giant version of a ground creature. There were limitations in place to ensure the creature’s stats were balanced, but when it came to the creature’s appearance, Spelljammer 2E recommended going hog wild with your creativity to keep players on their toes. Nobody expects a giant with the head of a mind flayer. 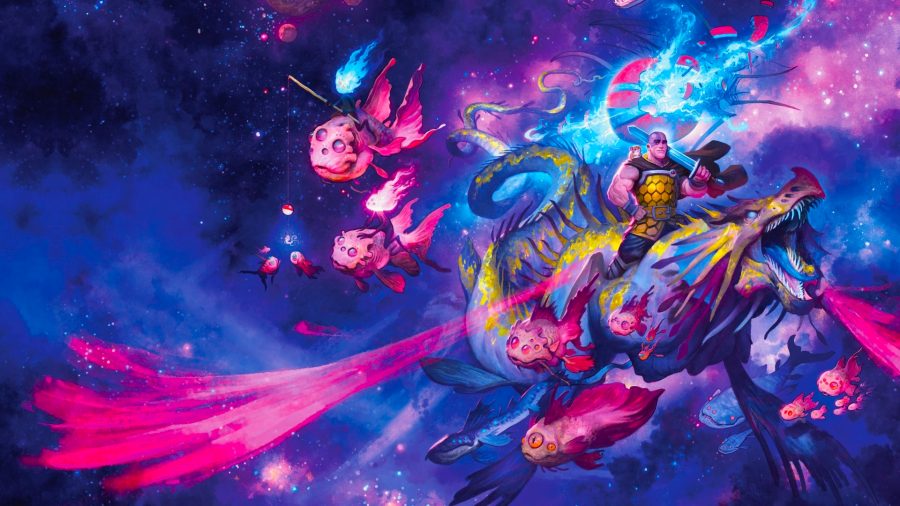 Obviously, all of these space-faring creatures will need a good way to travel around. The Spelljammer is a ship after all, and there were a wide variety of other ships to choose from in Spelljammer 2E. Different races often built and steered their own specific type of spelljamming vessel. The Elves captained Elven Flitters, while humans might get around in a Dragonfly, Damselfly, or a Mosquito – as you can guess from the names, each of these ships was designed to look like an insect.

Domains of dread: Here’s a guide to D&D Ravenloft

Other ships in Spelljammer 2E had fish-like qualities. There was the human-built Tradesman, which had fins; the Hammership, which looked like a hammerhead shark; and the Mind Flayer Nautiloid, which had a stern that curled just like a nautilus shell. The Spelljammer was a strange cross between both these motifs, having the features of both a manta ray and a scorpion. For a more out-there design, look no further than a Dwarven Citadel – which is literally designed to look like a floating Dwarven head. Spelljammer 2E came with pages of detail on each kind of ship you might encounter, and no doubt Spelljammer 5E will offer something similar.