When Dungeons and Dragons was first dreamt up by Gary Gygax and co in the 1970s, Greyhawk was the world in which they played. The world of Greyhawk is technically an entire planet, called Oerth, but details on much of it are murky. What we do know a lot about is the city (and nearby castle) of Greyhawk, from which this setting gets its name. As the first location ever devised for Dungeons and Dragons, Greyhawk has a sort of mythical presence. It’s become synonymous with the creation of D&D, its very name conjuring images of dark dungeon corridors and narrow escapes, at least among older fans of tabletop RPGs.

The creation of Greyhawk was a little bit different from that of most modern D&D settings. Whereas these days many RPG worlds are formed quite intentionally – a pantheon of gods designed, a bestiary of monsters selected, and the key details of the world consciously put together – this was not the case for Greyhawk. In fact, in the beginning, the entire world of Greyhawk was just an enormous dungeon underneath an abandoned castle.

The Free City of Greyhawk came later, when Gygax realised players needed somewhere to offload all their ill-gotten gains – a place to sell their treasure, patch their wounds and examine their magic items.

Greyhawk then became the default campaign setting for D&D, and TSR (the owner of D&D before Wizards of the Coast) published many modules in the setting, iconic D&D adventures such as Tomb of Horrors, Keep on the Borderlands, and The Temple of Elemental Evil. You may have heard of them.

In D&D 5e, Greyhawk is mostly dormant. There are a few official mentions of Greyhawk in official sourcebooks, and that’s about it. Luckily, we’re here to fill you in on its main details. 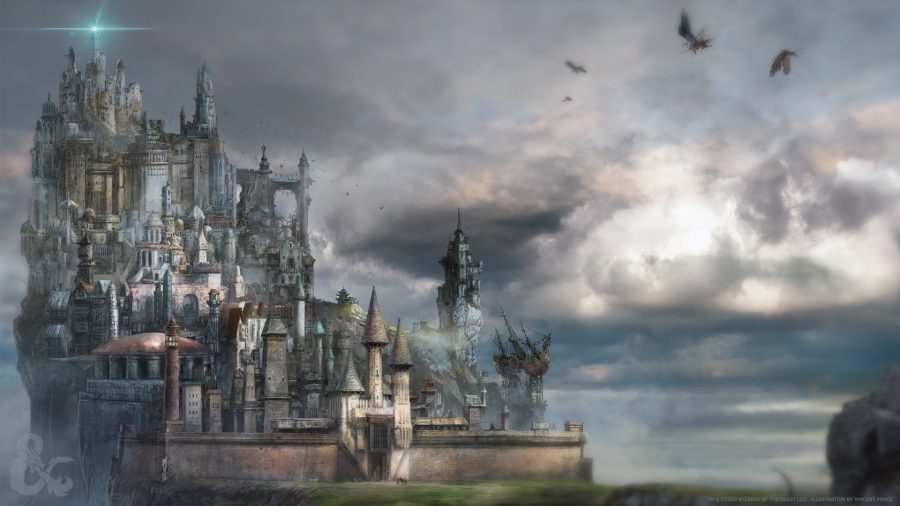 The World of Greyhawk

Greyhawk is a notably lower-fantasy locale than other D&D worlds, such as the Forgotten Realms. It’s not such a bright and bold melting pot, either. You’ve still got your standard array of D&D races, but they’re rather rare in the central parts of Greyhawk, which mostly just have (if you can believe this) different kinds of humans.

The world of Greyhawk, Oerth, is a vast planet with four continents. However, in terms of what’s actually been described, it’s far smaller. Only the continent Oerik has had any official materials made for it. The rest is Terra Incognita.

Greyhawk was initially an alternate Earth

Gygax originally envisioned Greyhawk as an alternate version of Earth. Playing multiple lengthy sessions a week, he didn’t have time for in-depth map making, and originally drew up the world of Greyhawk on a map of North America. Certain parts of the world still resemble real life locations, especially Europe and Scandinavia.

That doesn’t mean Greyhawk is devoid of interesting locations though. There are plenty of geographical wonders worth knowing about, from the Sea of Dust (a blasted desert, which would take forever to hoover) to Hellfurnaces (a mountainous hive of villainy, Mos Eisley, but steeper).

Within Oerik, The Flanaess, is by far the most important and most well-realised region. As the area with the most complicated history, it’s basically where everything important in Greyhawk happens, and is also where the city and castle that give the world its name are found. 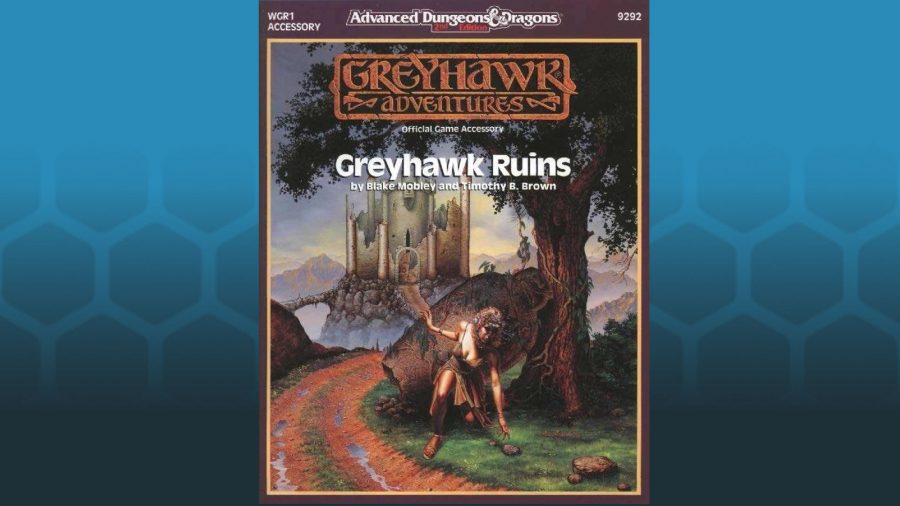 Castle Greyhawk has the accolade of being (arguably) the very first D&D dungeon. The first place adventurers descended to fight monsters and steal their treasure. It was a sprawling thing – what’s nowadays known as a megadungeon – 50 levels deep and full of traps, treasures, and imprisoned demigods. Gygax would often publish stories about running the castle, which enraptured D&D’s earliest fans.

Paging you: The best D&D books

Like all the best dungeons, Castle Greyhawk was built by a maniacal Wizard. This one was called Zagig (Gygax backwards, kinda). It has three towers: The tower of magic, the war tower and the tower of Zagig. Underneath is where the fun really lies though, a vast and incomprehensibly tangled underground complex, level upon level. 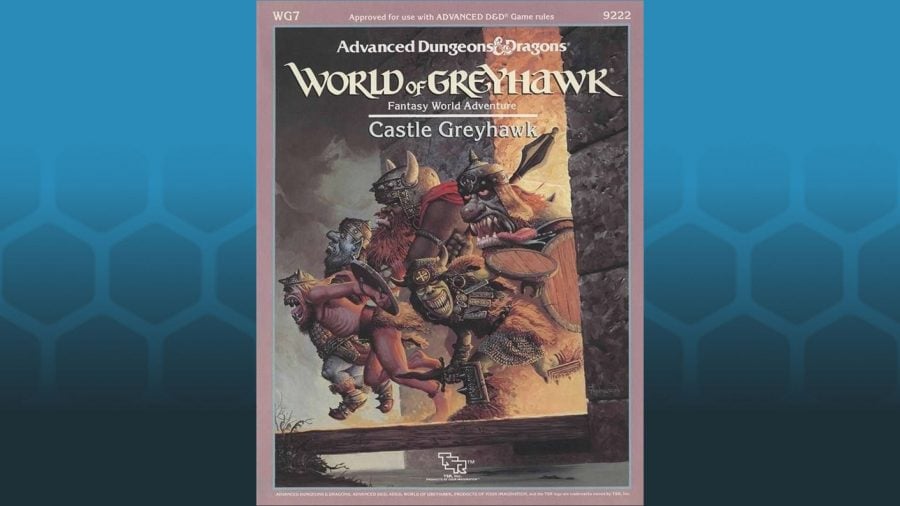 Unfortunately, in 2022, Castle Greyhawk is more or less lost to time. It was never published during Gygax’s lifetime. Indeed, it’s not clear if the dungeon could ever have been published in its original form, given how freely Gygax and his co-DM Rob Kuntz improvised and changed elements of the castle, and taking into account their lack of in-depth notekeeping.

Only fragments of the original Castle Greyhawk remain

A few different incomplete versions and pastiches of Castle Greyhawk do exist today, however. A parody module was released in 1988 by TSR, and had a generally negative response from fans. Some even saw it as an insult to Gygax, who had left TSR in 1986. The company soon corrected their mistake, publishing a more serious take on the castle, a module called Greyhawk Ruins, in 1990. An updated version, Expedition to the Ruins of Greyhawk was produced by Wizards of the Coast when they became the stewards of D&D.

Perhaps the most accurate version of Castle Greyhawk comes, understandably, from Gygax himself. Gary worked on a series called Castle Zagyg, believed to be a recreation of the OG Greyhawk dungeon, in the mid-2000s. Gygax died in 2008, however, and the series was left incomplete. 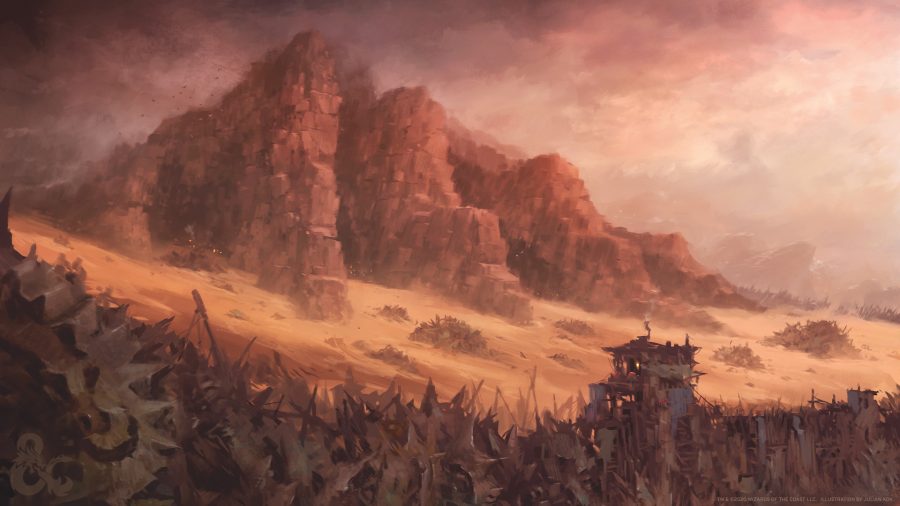 The number of D&D gods in Greyhawk has fluctuated wildly, since so much varied material about the world has been published. Gygax originally came up with two gods so that the Cleric, an archetypal D&D class, had someone to pray to. These were:

Both were originally created as jokes, but more serious lore for these gods was soon forthcoming.

The War of the Lance: Here’s a guide to the Dragonlance setting

Later, the number of Greyhawk deities swelled, from two, to dozens, to hundreds. The pantheon is now frankly bursting at the seams, and the afterlife must be extremely noisy.