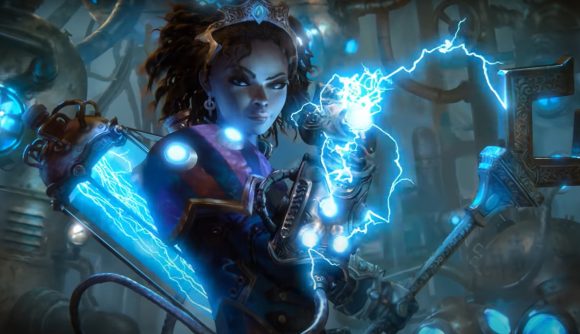 Wizards of the Coast reflected on the response to Alchemy in Tuesday’s ‘State of the Game’ blog post for Magic: the Gathering, addressing areas it feels the format has succeeded, as well as fans’ criticisms. It also acknowledged that, with ‘rebalanced’ Alchemy cards injected directly into Historic, MTG Arena players lack a “true-to-tabletop” non-rotating format – and assured fans that it’s working on creating a new one. Per Wizards’ article: “It’s something we want to provide, so we’re actively looking into how we’ll support an additional Eternal format”.

It seems Wizards of the Coast is offering an olive branch to Historic fans who were disappointed by Alchemy by creating a new, non-rotating MTG Arena format. It won’t be a matter of Historic making a grand return, however. Wizards says: “We do not plan to add a separate Historic queue that would exclude digital-only cards or rebalances”, as alongside Alchemy, this would mean “having two formats that are slight tweaks of each other”.

Which leaves many fans wondering what shape a new Eternal format might take. One asked head designer Mark Rosewater on his blog if Pioneer, the Eternal format created in late 2019, was the obvious choice. Mark replied, however, that: “The biggest issue is not all the cards legal in Pioneer are currently programmed for Magic: The Gathering Arena”.

Wizards of the Coast itself says that “exactly what this upcoming format will be is still under consideration”. It plans to use player feedback to help make the decision, allowing players to try out “early testing” of possible new formats in its Midweek Magic (Tuesday & Wednesday) events on MTG Arena. 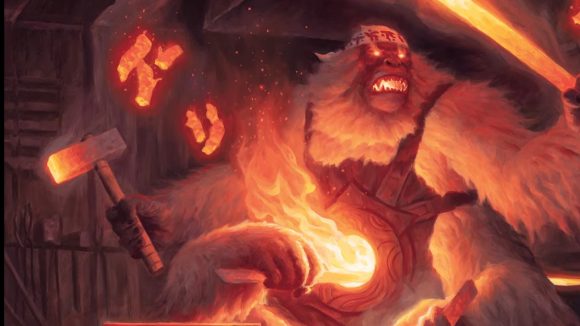 Introduced to MTG Arena in December, Alchemy was designed to take advantage of the growing digital platform, adding card effects that couldn’t work on the tabletop, and allowing the game’s designers to regularly tweak cards for better balancing. As Wizards’ blog post says, it was targeted at “highly active, digital-first players”, and the firm insists it found “a good audience there”.

However, the release was highly controversial, mainly because Alchemy’s card ‘rebalances’ affected the existing format of Historic. Many fans of Historic were dismayed not only by the addition of Alchemy cards, but also by the prospect that the cards they had already collected could and would be changed in subsequent balance updates. A major draw of an ‘Eternal’ format like Historic had always been that cards remained relevant ‘eternally’ – contrasting with Standard, where new cards replace the old.

It seems for the time being, Alchemy will proceed as planned. The ‘State of the Game’ blog post revealed that there’ll be around 30 new digital-only cards in Alchemy: Kamigawa, (significantly fewer than the 63 cards in the first Alchemy set, Innistrad) and that this is the number to expect in future releases. The new Alchemy cards will arrive “sometime in the second half of March”.

Seeking more Magic: the Gathering news? The new set looms large on the horizon; here’s all you need to know about it in our Kamigawa: Neon Dynasty release date guide. Or, if you’re a fan of Eternal formats, you might be keen to hear about the best cards in Modern Horizon 2.