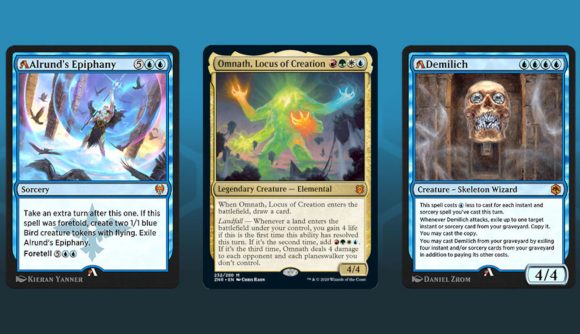 Magic: The Gathering Arena is to receive a new, exclusive format that will permanently rebalance existing cards on the platform. Revealed in a Weekly MTG Twitch stream yesterday, Alchemy is an upcoming digital-only format that combines the rotation of Standard with Arena-exclusive cards and rebalances. These balance adjustments, however, will not be restricted to Alchemy, but also extend to Historic and Historic Brawl.

Varying in scope, these changes will not only alter the text of existing cards, but also reintroduce some that have previously been banned in Standard. In a blog post, Wizards gave the example of Omnath, Locus of Creation, a previously banned card that will be reintroduced with an additional mana cost and an altered ability (it will now let you scry one card instead of drawing a card).

However, these changes will not be restricted to Alchemy and, to the aggravation of some MTG Arena fans, will also be introduced to Historic and Historic Brawl. That means Historic – which lets players use any cards from Standard, even after they have been banned or rotated out of play – will no longer contain old cards as they were originally printed. Instead, its roster will be updated to match the latest metagame rebalances.

This change to Historic has not been met well by some players. Some have expressed aggravation that the rebalanced cards will replace the originals, and therefore upset the core basis of Historic as a preservation of all Magic: The Gathering set releases. Others have pointed out that it comes as a kick in the teeth to those players who traded Wildcards for specific cards that may no longer be viable (or less viable) in the format.

The possibility that any card in Historic can be retroactively rebalanced, nerfed, or fundamentally changed at any time throws Historic deck-building into volatility, and opens the otherwise static format to unanticipated changes. 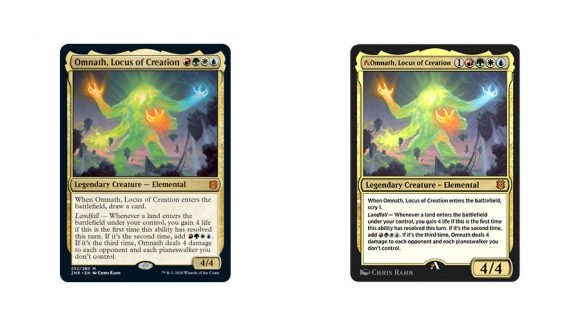 One player expressed his disappointment about the rebalances in Historic to MTG head designer Mark Rosewater on his personal blog. Rosewater acknowledged the query, saying: “I will pass along the note that some players would like access to a format that’s historic without the digital-only cards.”

According to the blog post, these new rebalances may become a regular occurrence. “Going forward, we will regularly evaluate the Alchemy metagame and release additional balance adjustments to keep things diverse, fair, and fun,” it reads. Another Q&A post suggests Alchemy releases will follow the Standard release schedule, with the Alchemy tie-in set for Kamigawa: Neon Dynasty releasing sometime in March.

Crucially, the balance adjustments will only apply to digital-only formats. Those formats that are also played using tabletop MTG cards – like Standard and Limited – will not change; they will continue using the cards as they were originally printed. 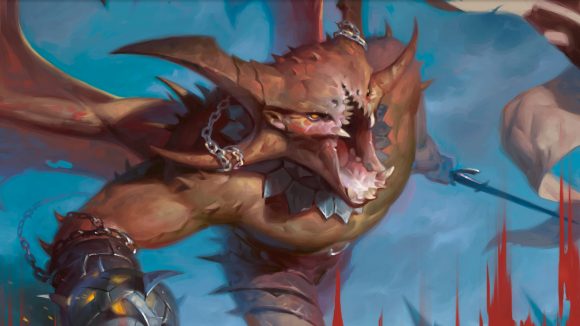 Cards in MTG Arena will automatically be replaced by their rebalanced counterparts in Alchemy, Historic, and Historic Brawl. If you’ve collected a card that’s being rebalanced, the non-rebalanced version will stay in your inventory, for use in other formats.

Alchemy will launch on Magic: The Gathering Arena on December 9.

Before then, take a look at all the free MTG Arena codes you can use to grab some freebies, or read guide to the best MTG Planeswalkers.