In DnD, sometimes consistency beats power. When you’re facing off against a fearsome monster, a snarling werewolf or grinning beholder, sure you could just chuck a fireball, or some other big hitter. But what happens when you round a corner, run slap bang into six more of them, and realise you’re all out of spell slots? That’s when a cantrip like eldritch blast – which you can cast anytime, anywhere, as much as you like – really comes into its own.

And what a cantrip it is. Eldritch blast 5e is a reliable tool in the arsenal of any Warlock, the only DnD class that can cast it. It’s an iconic spell much loved by Warlock players for its range and scalability. You can pick it at level 1 and, because there are multiple ways to boost its power, it’ll be a trusty weapon by your side as your character progresses. Plus it does force damage, the least resisted damage type in Dungeons and Dragons.

If you left your DnD books at home, or just want a quick recap on how eldritch blast operates, this guide will fill you in. You’ll be having a blast slinging crackling energy beams in no time. 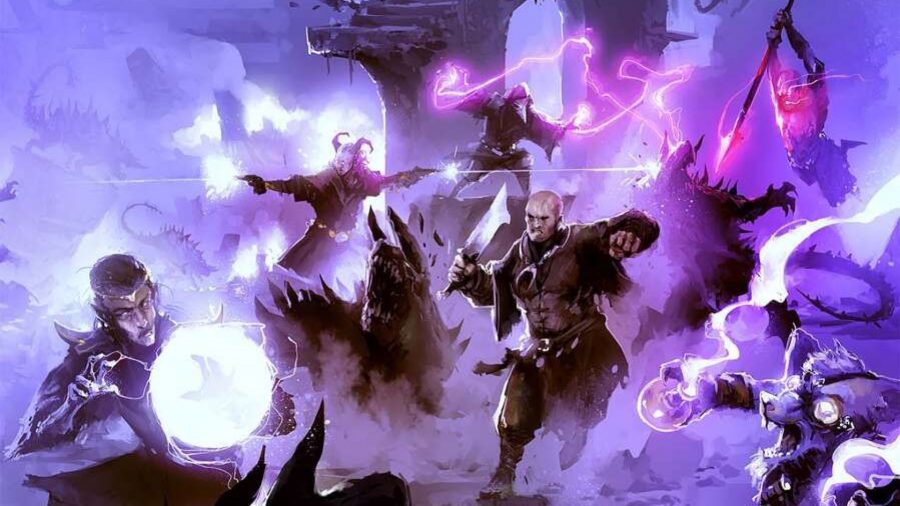 Eldritch blast 5e is one of the best cantrips in all of D&D for multiple reasons. Firstly, there’s its damage output. If you compare it to other ranged weapons or cantrips, eldritch blast comes out on top. It’s on par with the heavy crossbow, but only uses one hand and doesn’t have the pesky loading property.

Eldritch blast is also comparable to the Wizard or Sorcerer cantrip fire bolt as it does the same amount of damage, and has the same range. Where eldritch blast wins out however, is the damage type. Fire damage is resisted by upwards of 150 DnD monsters, whereas barely anything resists or has an immunity to force damage.

At higher levels, eldritch blast scales very nicely, the spell allowing you to cast multiple beams. You get to make two attacks at 5th level, three at 11th level, and four at 17th. These attacks can each target the same enemy or have different targets, granting the spell a lot of flexibility.

But that’s not the only way to improve eldritch blast… 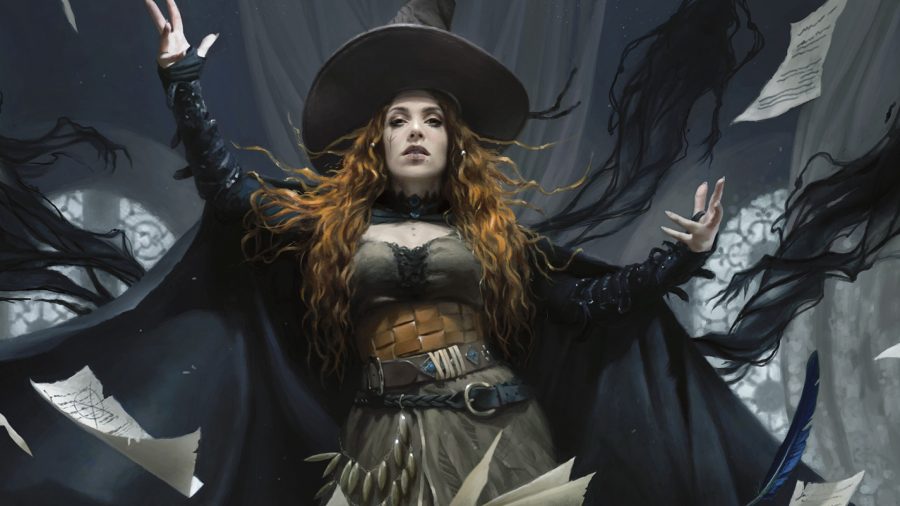 How to upgrade Eldritch Blast 5e

Eldritch Invocations, little snippets of forbidden arcane know-how that Warlocks begin to stumble across from 2nd level, are one of the top ways to boost eldritch blast.

Agonizing blast is the most simple, and perhaps the most effective of these. It allows you to add your character’s charisma modifier on to damage dealt on a hit. That’s each hit by the way, so agonizing blast gets better and better for each additional eldritch blast beam you unlock.

Eldritch spear increases the cantrip’s range to 300 feet (that’s the length of a football pitch). Consider pairing that with the spell sniper feat, and you’ll have a max range of 600 feet, capable of picking of foes while they’re just a speck in the distance.

More spell slots please: A guide to the Sorcerer class

Grasp of hadar lets you drag an enemy hit with eldritch blast 10 feet towards you, while on the flipside, repelling blast lets you push an enemy back 10 feet. Finally lance of lethargy lets you reduce the speed of an enemy struck by eldritch blast by (you guessed it) 10 feet. All these abilities are situationally pretty useful for controlling a foe’s movement, and make eldritch blast 5e an even more flexible spell.

Another Warlock spell that has great synergy with your new favourite cantrip is hex. Hex lets you curse an enemy so that it takes an additional 1d6 necrotic damage each time you hit it with an attack. That works beautifully with the multiple beams from your eldritch blast.