I’ll admit something, to start: when Crusader Kings 3 first released in late 2020, like everyone else in our gaming sphere, I was very infatuated with this new grand strategy/RPG title. However, I fell out of love with it pretty quickly. Not because the game was bad, mind you – but I had just come from playing Crusader Kings 2, which had 8 years of DLC and expansions to really pack the game full of content.

New kid on the block Crusader Kings 3, by comparison, was not quite so deep. In my time with CK3’s latest expansion Royal Court, however, I’ve finally found the flavour I was looking for, and I’m hard-pressed to put the game down. So: what’s changed from vanilla CK3?

The first changes I noticed were in the game’s culture mechanics. Previously a feature with rather limited in-game effects, cultures can now have multiple impactful traits for their members, including cultural “pillars” ranging from having a monastic tradition (meaning you can more easily ship off your unwanted children to monasteries), to your ships getting the ability to sail up-river.

Not only that, but now cultures can be reformed, branch off from a larger culture, or merge with other cultures entirely, changing their traits dramatically in the process. Seeing this in action tells crazy stories; you might see a Franco-Russian culture appear on the map, for example, or a super-specific microculture for a tiny peninsula. 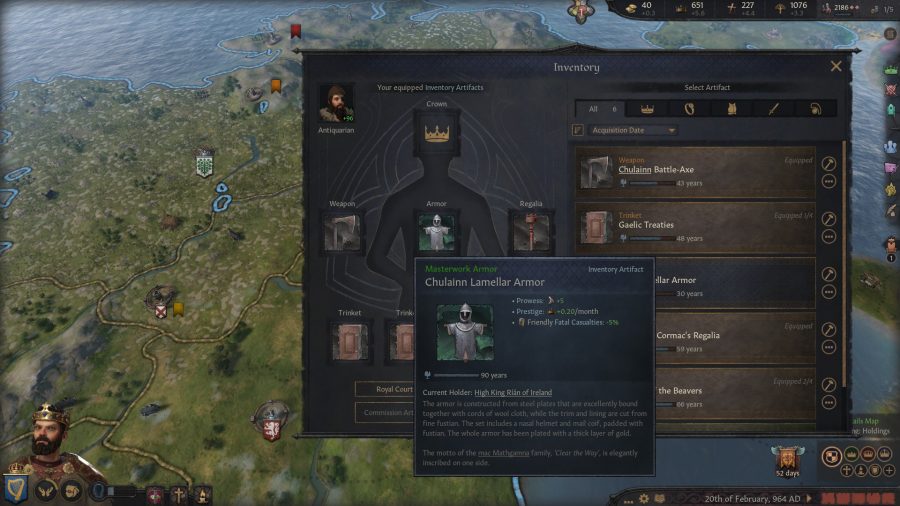 Also new to Royal Court is an inventory feature, similar to the one in CK2. You can now deck your character out with either crafted or looted weapons, armour, clothes, and various accessories.

You can deck your ruler out in clothes, weapons, and armour

The items are randomly generated in terms of their narrative descriptions, and which in-game stat boosts they offer. You can see a wide variety of items for different characters, all with unique descriptions that ensure each has its own story to tell.

And, most importantly, we must come to the Royal Court itself. As a Feudal or Clan ruler (though notably not as a Tribal ruler) with kingdom-level holdings or higher, you can now enter a 3D representation of your character’s court. 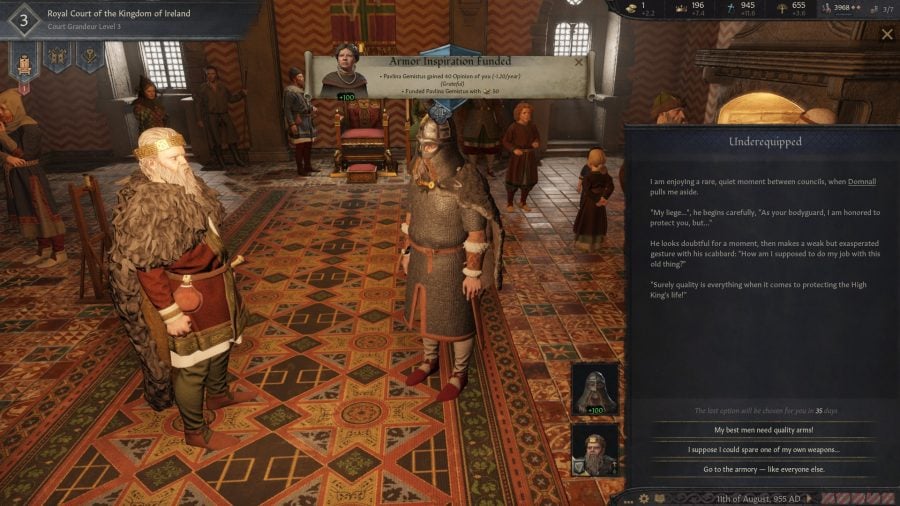 While ‘at court’, you can see various courtiers, councillors, family members, and guests hanging around.

Back to basics: Our Crusader Kings 3 beginner’s guide

The transition from grand strategy overworld to the 3D-rendered interior of the court is seamless, and it’s genuinely immersive to get to see these characters you’ve built relationships with in a physical space. 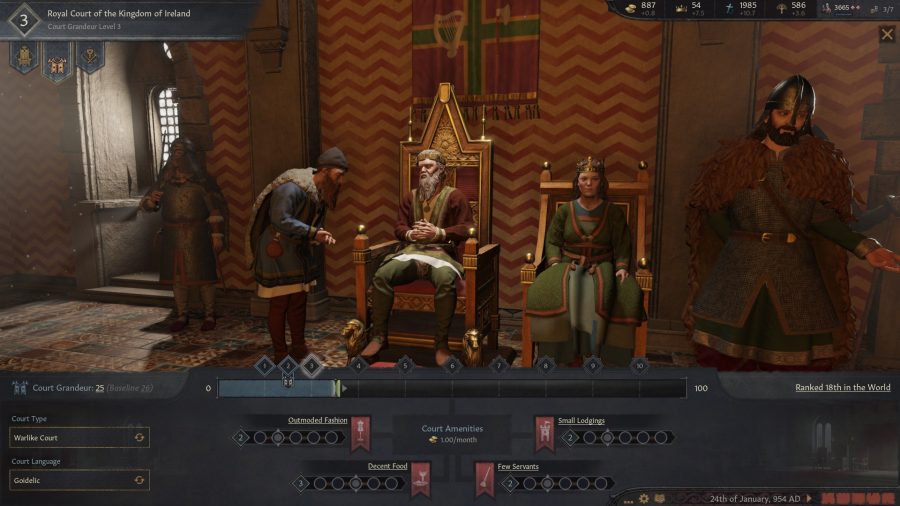 Another feature of the Court is a new currency called Grandeur – essentially a measurement of how nice and fancy your court is. The nicer and fancier your court, the more benefits you get, which can vary heavily based on the type of court you hold (which, in turn, depends on your character’s culture). This interplay of factors certainly sounds complicated, but in practice it’s fairly intuitive, and adds flavour to your courtly cahoots.

’Holding Court’ finally brings the act of ruling to life

Every five years, your character can take the Hold Court action, which brings in several petitioners for you to make judgments on. I’ve had rich merchants offer to buy a holding from me, vassals accuse each other of murder, and one character who rushed my leader and initiated a duel on the spot. I’ve loved this feature for bringing the act of ruling to life; it’s a core aspect of the CK experience that had previously been represented simply by the classic Paradox abstract of ‘things happen offscreen and my currencies go up.’ 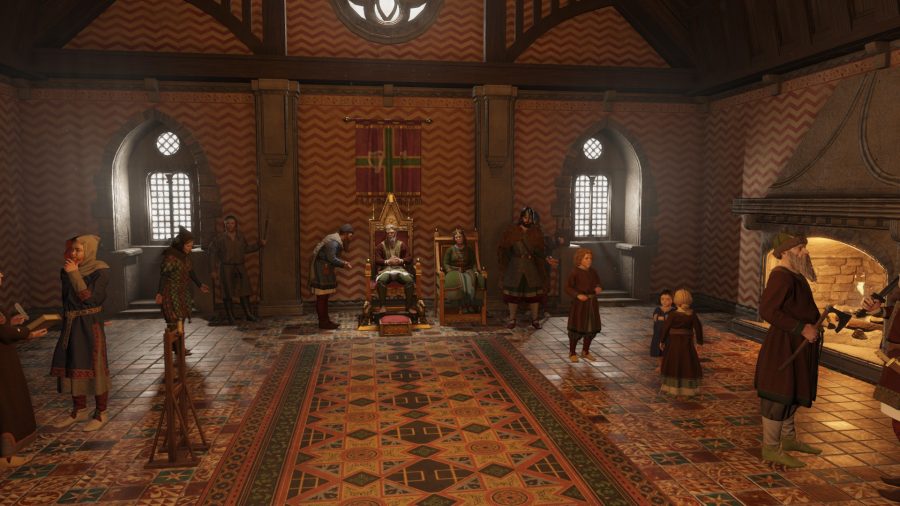 So, what does this mean for players of Crusader Kings 3? In short, all that flavour and depth that I’d been looking for is finally here. What had, in my opinion, been a fun, but ultimately shallow experience now has real character to it.

Change the world: These are the best Crusader Kings 3 mods

I suspect that the flagship feature, the Royal Court, being restricted to higher-tier rulers will make playing as smaller rulers feel somewhat lacklustre. By the same token, though, unlocking this feature by fighting your way up to being a king could be satisfying for some players; your personal mileage may vary.

Overall, for players of grand strategy games, Royal Court has created an excellent playground in which to find and create new stories in the medieval world.