An enormous ring of rusting spacecraft floats in the black expanse of space. Vaguely human cultists spend their lives high on addictive substances, further mutating their minds and bodies. The universe is collapsing, but you’ll be too concerned with finding the next contracting job to repair your ship. This is science fiction, Jim, but not as we know it.

Welcome to Death in Space, one of the most recent tabletop RPGs from Free League Publishing and Stockholm Kartell, the team behind horror cult classic Mörk Borg. It’s set during The Big Crunch, a hypothetical scenario where the universe we know stops expanding and begins contracting. Combine this with the aftermath of a bloody space war over valuable resources and grotesque cosmic mutations from the void, and you’re placed in a pretty grim (solar) system.

Death in Space is a rules-light RPG with a heavy sense of gravity. And it’s these features that make it, I believe, the perfect sci-fi RPG for people who don’t like sci-fi all that much.

Full disclosure – I would not consider myself a sci-fi fan. Nothing against it, but I also find myself avoiding games like Starfinder and the Star Wars RPGs more often than not. Part of this reluctance to jump aboard a space shuttle is sci-fi’s enormous barrier to entry.

Simply the best: These are the best tabletop RPGs

To explain this barrier to entry a bit further, let’s talk about the history of science fiction. What we now know as the Golden Age of science fiction began in the late 1930s, and this era established most of the universal tropes we associated with the genre. This was the era where space and technology were things of wonder, with endless potential to rule the world; the battles of good and evil we see in space operas like Star Wars have their roots in the Golden Age; and ‘hard SF’, where accurate and detailed descriptions of science and technology were the core focus, was born. 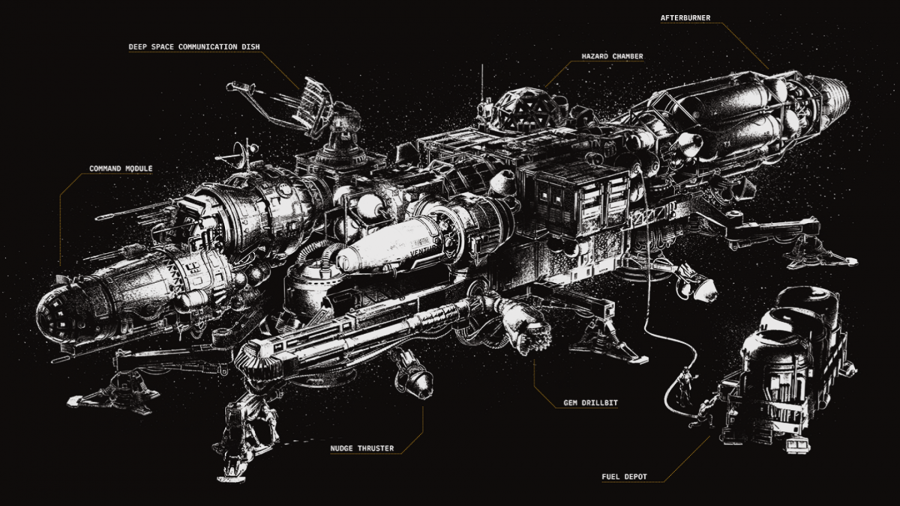 Hard SF puts complex scientific mechanical concepts front and centre, meaning they’re integral to the setting or gameplay you face – and if you’re not up for learning all the intricacies of science and technology, this can be off-putting. Combine this with the tendency of sci-fi and fantasy RPGs to transport you to entirely alien worlds – which often take an entire book just to explain – and the already high required reading to learn the mechanics of a new TTRPG system. Suddenly, an evening of play looks a lot like an evening of study.

You can interpret sci-fi jargon any way you see fit

Death in Space takes all this revision and throws it out the window. Mechanically, it takes a lot from more abstract, rules-light games like Mörk Borg. A lot of sci-fi sounding language is included in Death Space, but there’s not a single definition to be seen. “Starting from our description, decide on how you want to interpret yours and how you fit into the setting”, says the character creation section. Don’t know what an isotope coder is? Doesn’t matter – make it whatever you want it to be.

You’ll still get to experience all the cornerstones of sci-fi TTRPGs in Death in Space, but in a more condensed and creative form. The mechanics for creating your home spacecraft or space station take up an entire two pages, and space travel or encounters often require very little more than rolling against a randomised table of consequences. The bestiary of alien life you might encounter, too, is similarly slim and open to interpretation. There’s still fuel, repairs, and upgrades to manage, but the admin of what could be an overwhelmingly complex system is still minimal. 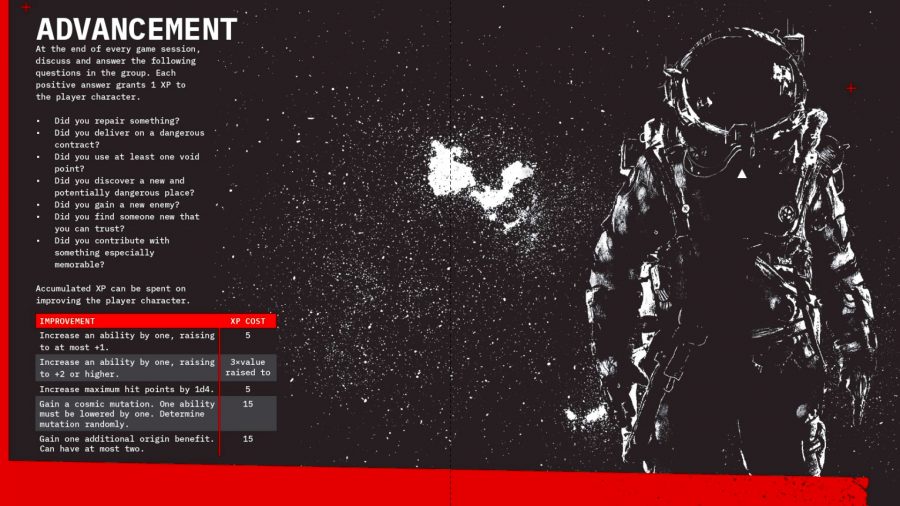 Even the skill checks are fairly simplified (though still with hints of D&D). Roll a d20, add a static modifier, and hope you score 12 or above. ‘Crunch’ (i.e. the level of mathematics and complex mechanics) in RPGs is often considered a positive thing. But Death in Space’s streamlined, OSR (‘old school revival’) inspired approach ensures the barriers to playing start and stay low.

In a galaxy far, far away: A guide to Star Wars board games

But wait, a crowd of hypothetical sci-fi fans cry. Hard SF is just one sub-genre of science fiction – what about soft SF? Soft SF came around in the 60s and 70s, creating a version of science fiction where the prominence and accuracy of technology in the narrative became a background player, and themes like politics or psychology became the main focus. This eventually gave rise to the cyberpunk genre (and the Cyberpunk TTRPG) in the 1980s. Things get darker and grittier in cyberpunk – technology still rules the world, but maybe this isn’t such a good thing. 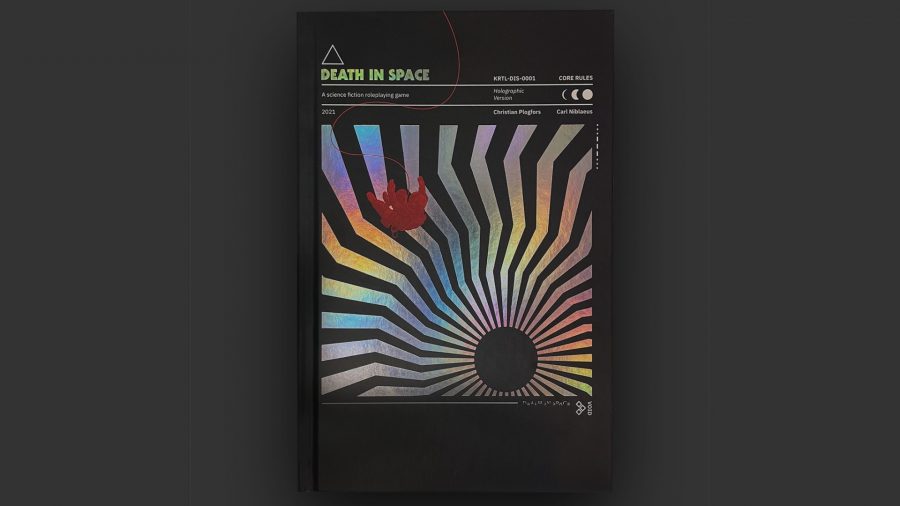 And it’s true, Death in Space has many soft SF elements, but it bends the sc-fi genre just enough to let newcomers in. In the Tenebris system where Death in Space is set, the advanced and ever-present technology of a cyberpunk world has rusted away and been left to drift, without aim or purpose, in the void. The tyrannical governments you tend to find in SciFi dystopias like Alien have also drifted away, leaving clusters of punks, contractors, and blue-collar workers just trying to survive the day. This isn’t just dystopian, soft SF cynicism – Death in Space almost offers nihilism, an apocalyptic outlook on our future and the inevitable feeling we’re all going to die (in space).

The void changes your character - for better and worse

And then there’s the void, an indescribable force operating in the darkness. Deep space travel, drug use, and any failed rolls can let a little more of the void in – to the point where your mind and body begin to change. You might gain a new power like telekinesis, or you might find your body suddenly ages 20 years. This opens up the roleplay opportunities immensely – elements of gore, psychological horror, fantasy, and even comedy begin appearing like pocks on the game’s sci-fi skin.

As someone who very rarely picks up a sci-fi RPG, Death in Space offers a very compelling entry point. The rules-light approach may even encourage those that find tabletop RPGs themselves too complex to get into – many a die-hard RPGer has been calling for an alternative ‘introductory’ RPG to Dungeons and Dragons for years now, and I certainly feel the ‘less is more’ OSR approach would be a strong way to go. But regardless of where you stand on wider discussions of genre and mechanics, Death in Space is definitely worth checking out.