Centring initially on Dungeons & Dragons 5E, the platform is already accommodating similar traditional roleplaying rulesets such as Pathfinder, Starfinder and Call of Cthulhu, but intends to accommodate Games Workshop tabletop wargames like Warhammer 40k and Age of Sigmar, too, and Mirrorscape says it’s already enjoyed productive talks with GW representatives. Unlike other virtualised solutions aiming to enhance tabletop gaming, Mirrorscape intends to function with the tech users already have available, working with a simple smartphone, and not a clunky proprietary imaging device.

Wargamer approached the Mirrorscape team – which includes actor, producer, and celebrity dungeon master Joe Manganiello as its Creative Director – for an early demo of the system, and to hear about the design directions they intend to pursue. “Since the moment people could conceive of VR, and eventually AR”, Manganiello explains, “every person who has ever played a game with friends has dreamed of the day we could become fully immersed in a world of adventure, whether it be with goggles, glasses, or a mobile device.”

“In this new world, Mirrorscape can bring us closer in ways we had only dreamed of,” he adds.

“It’s incredibly exciting to be at the forefront of what will someday become a six-lane freeway into a world of gaming in which you and your friends can beam into the same room, dungeon, or battlefield in whatever form you choose.” 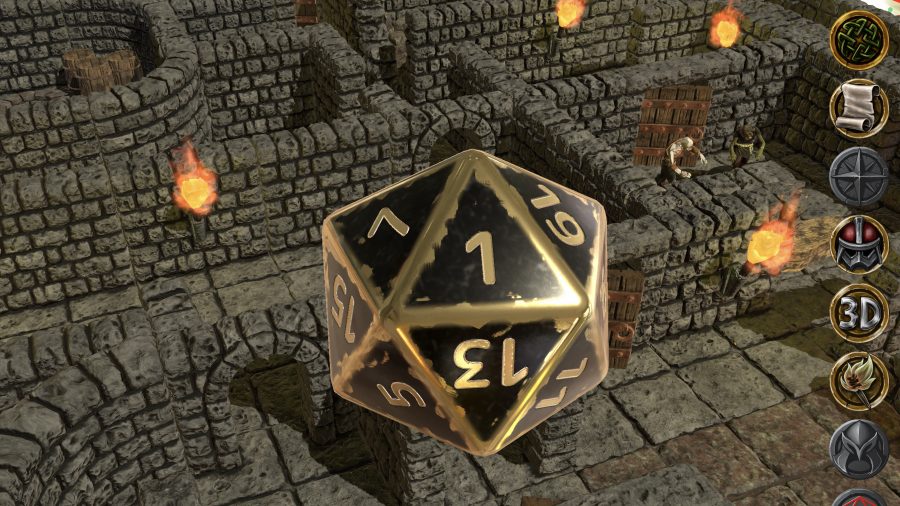 Beyond Mirrorscape’s lofty concept talk, its platform performed reliably at the table demo, quickly recognising its dimensions, and loading in an example dungeon with monsters and hero characters. A simplified setup called “leanback mode” was also displayed, in which the dungeon interface is rendered out on a computer or mobile device for those not at a table, be they players or spectators.

The platform can seamlessly drop into edit mode, reshaping walls and floors

Seamlessly, the platform could drop into an edit mode, where the dimensions of the dungeon could be changed to various other pre-set walls, floors, obstacles and so on, which I was told would eventually be further expanded to allow for custom shaders and lighting, besides animated assets like running waterfalls or bubbling lava. While the build was entirely subject to change, we were struck with how the base system seemed to have prioritised reliability and smooth delivery rather than flashy gimmicks, which were instead planned for later development.

“It’s very easy to turn our platform into a video game,” explains Grant Anderson, Mirrorscape CEO, “which isn’t what we’re going for. Our resources are going into trying to enhance the game you’re running. We’re doing that by creating a solid platform to build your own fantasy onto. We’re here to provide the perfect foundation. We still want the players to be the ones to define it.” 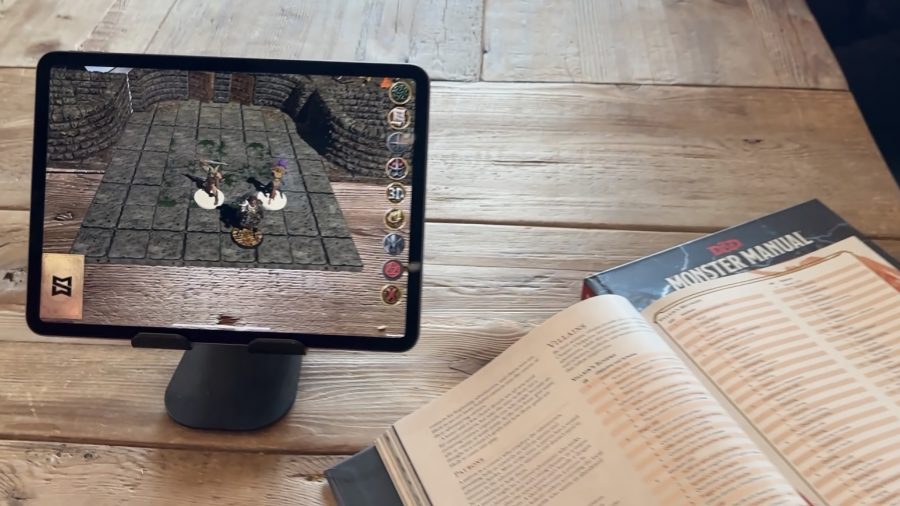 A team full of self-described lifelong tabletop gaming fans, Mirrorscape is confident it has a sense of what it would take to become an accepted pillar of the tabletop community. “We have gaming in our blood,” Manganiello says. “We know what gamers want because we’re also its faithful customers.”

Tech support: These are the best D&D charactor creators

The team has been reaching out to the wider tabletop games industry to collaborate using its new tech. “We’re already working with Hero Forge to allow you to drop their customised minis into the augmented reality of our system,” Anderson says. “We’re doing similar things with Dwarven Forge and Fat Dragon Games for terrain models on our library, and even some independent artists – but there’s plenty of other folks we’re still ironing things out with.” 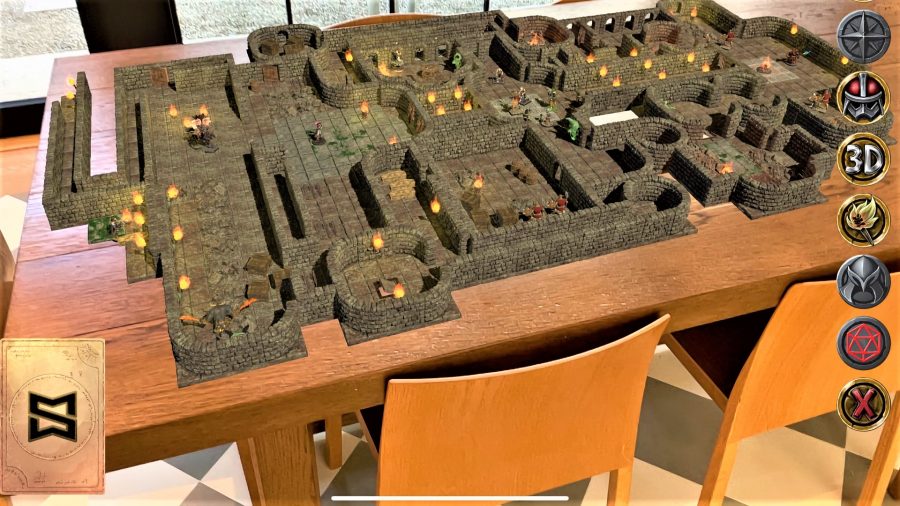 Mirrorscape’s user editing tools are designed to let users heavily customise the 3D objects from which they build their game worlds, , as well as giving artists a platform to build custom environments, models, effects, and voice packs, all while making a profit selling their work and skills on a homebrew marketplace. Exactly how this’ll be handled isn’t clear yet, but Mirrorscape at least seems aware there are pitfalls to avoid here.

“Just like we saw with the music business’ transition to MP3 file formats,” Manganiello says, “this is a logical progression in art and commerce… we’ve found the gaming community is aware of the mistakes that can be made in the digitisation of an economy and has learned from them. We’ve opened the doors, I’m excited to see who shows up to the party.”

The team’s Strategic Advisor, Kyle Newman, was keen to liken the team’s design direction to that of Wizards of the Coast itself. “We’re following the Wizards of the Coast philosophies from 2012 to present, which celebrate the nostalgia for the classical fantasy experience, while streamlining the awkward parts, simplifying delivery, handing over power to the community, and driving accessibility. That approach has become a kind of gold standard for gamers everywhere, who’ve never stopped asking for it.” 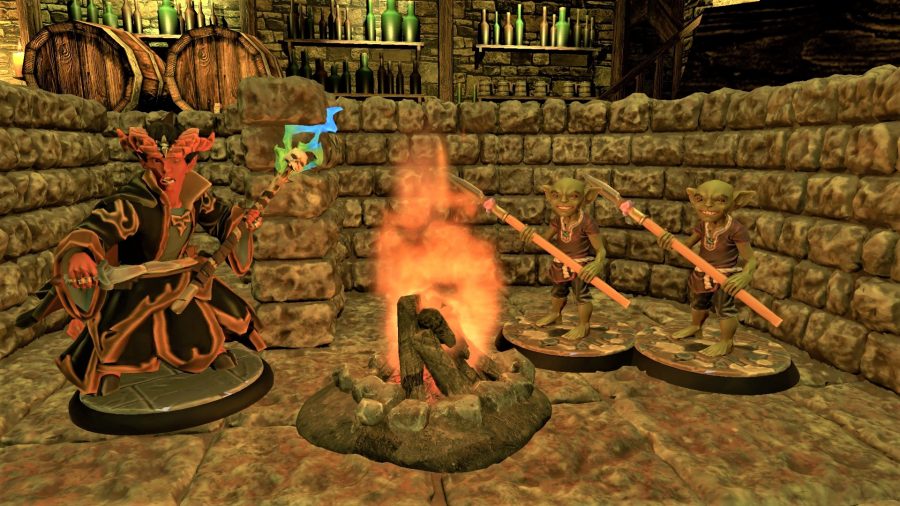 But it’s not just D&D Mirrorscape’s attuned its strategies to; it’s extending its plans to accommodate miniature wargames at the table too. “The costliness of creating great looking roleplaying games is dwarfed by the huge battles and entire armies of wargaming,” Anderson explains, and “that narrows out the number of players that can fully participate, strangling the community.”

“We want to open the door to new people, bringing them beautiful, full-colour professionally painted minis and terrain, ready to drop onto any table in the world in augmented reality simply, and affordably.

Find your path: Read our guide to Pathfinder 2E classes

“We’re not trying to snuff out the world of painting here, though. We’re excited to see artists bring their skills to the virtual stage, to bring models to life with digital painting tools too, and, more importantly, get paid for it.”

The implications of that last point – some form of marketplace for monetising digital miniature paintjobs – seem vast and fraught, but we’ll reserve judgment until we hear more, perhaps at the impending Kickstarter launch. 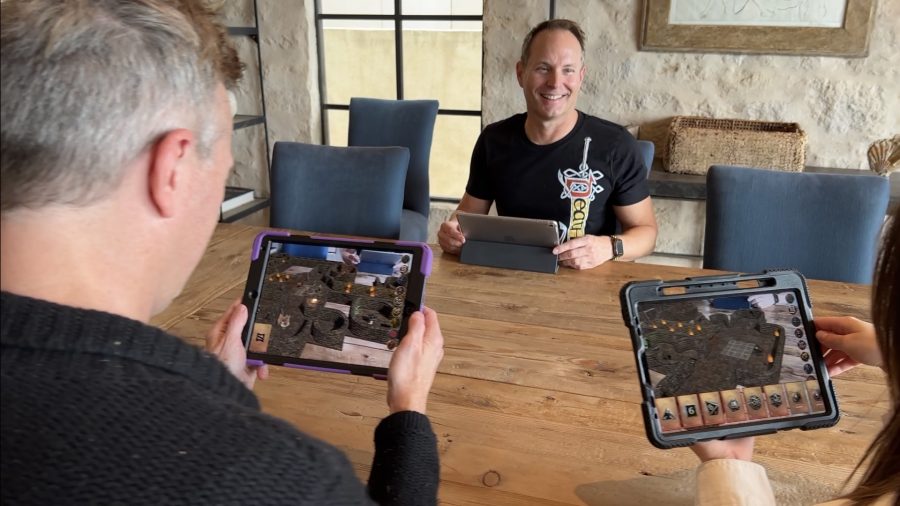 Opening up gaming to bigger audiences and making more people feel welcome has been a priority for the entire game industry for years now, but making strides in this area requires more accessible experiences as well as inclusive rhetoric.

By building a user-friendly platform that cuts out the physical and cognitive busywork of tabletop play, Mirrorscape reckons it can bring the tabletop to differently abled demographics whilst “centring the experience on roleplay to make it a more creative experience,” as Anderson puts it. “Beyond the accessibility of being able to get your friends together around the gaming table remotely, AR and VR games present a great format to pioneer alternative controls for differently abled people,” Manganiello explains. “With verbal commands and intuitive, immersive visuals, games like this could be more accessible than any that have come before.” 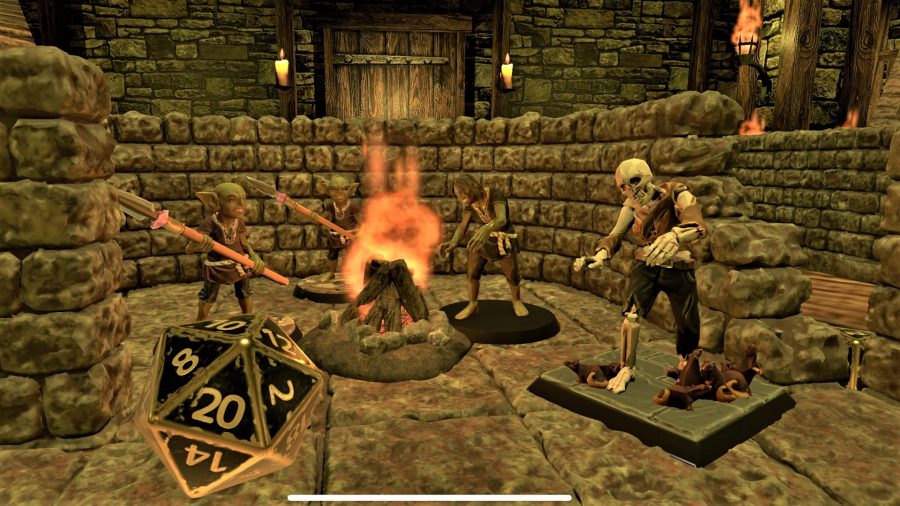 Gaming has long tried to widen its appeal to all conceivable demographics, capturing the widest market share it can, but tabletop gaming has faced the unique danger of remaining somewhat niche.

Bringing in new players to the game could prevent the stagnation of the community, and ensure continued growth. Mirrorscape says it can help here – by making tabletop gaming easier to learn.

Distant worlds: Read our guide on how to use Roll20

“A lot of the traditional free-to-use digital tabletop tools out there aren’t easy to jump into,” Anderson explains. “If someone who doesn’t know the game and the software inside and out, you’re not necessarily going to realise how the game works in a digital context. At worst, it’s just JPGs getting dragged around a grid, after all.” Mirrorscape, he says, is a different ball game.

“We’ve tried the platform out with ten-year-olds to ensure they can work out how to play Fifth Edition simply by the context clues of the UI. That’s how intuitive we’re aiming to be.” 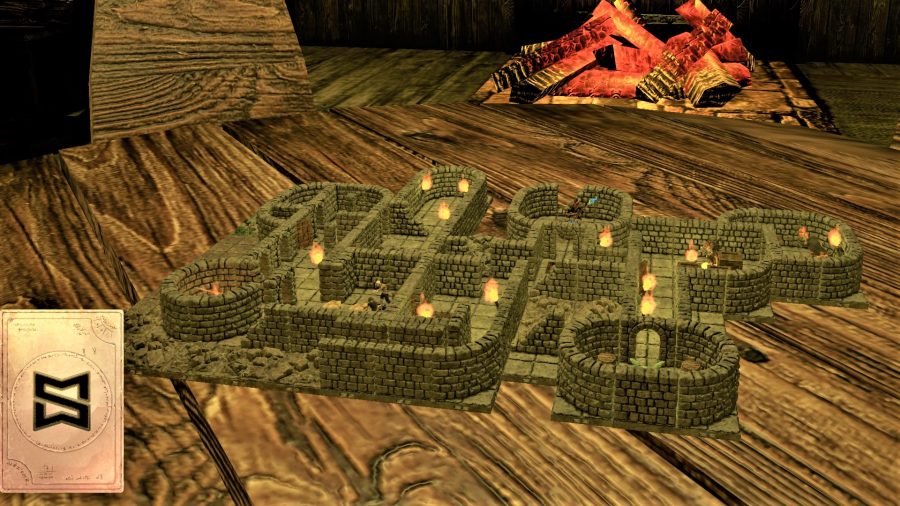 The future of the tabletop

With the Metaverse inescapably amassing to consume us all, it’s hard not to recognise table-based augmented reality technology as the front runner to be a ‘new paradigm’ for tabletop gaming. The promise of living characters and armies battling on the tables before us, across atmospheric and immersive worlds, is arguably too cool to second guess.

High rollin’: These are the best D&D dice sets

“When tech giants make another push on AR hardware and release the new line of glasses, we’re going to be one of the biggest applications available for that technology on day one,” explains Eric McIntire, Mirrorscape’s Brand Manager.

“Tabletop gaming is such a ubiquitous thing, from the classic board games to Warhammer 40k. Really, it’s for all demographics, and we’re going to be there to see it into a new generation of technology.”

Freelance journalist specialising in space science, big tech, and gaming - writing with Wired, Inverse, and others.