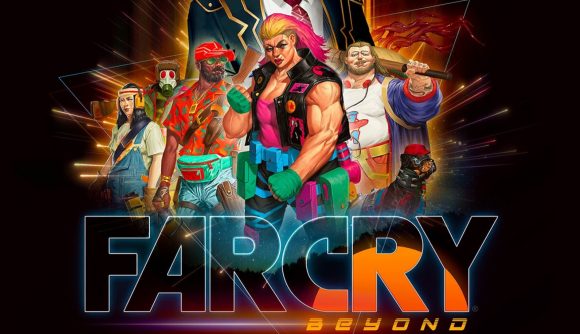 The Kickstarter launch for the official Far Cry board game has been pushed back by just over one month. French publisher Funforge planned to begin its crowdfunder for Far Cry: Beyond, a co-op board game based on Ubisoft’s popular open world FPS series today, on March 7, but has now set a new Kickstarter launch date of April 11.

Made public by Funforge via Facebook on March 2, the delay appears to be a recent decision by the publisher, which made social media posts as recently as March 1 displaying the old date. Replying that day on their Facebook page to a fan who queried the delay, Funforge said it was changed due to a “set of improvements and additions currently being implemented in the Kickstarter”.

According to Funforge, it is working with Ubisoft to integrate new content into the Kickstarter campaign, which will affect “both the quality and the quantity of what we will offer during the Kickstarter.” It’s not clear whether this is referring to actual elements of gameplay (stretch goals, for instance) or Kickstarter-specific content like backer rewards.

Announced on September 21, 2021, in the run up to the launch of Far Cry 6, Far Cry: Beyond is set “in the Far Cry universe”, but is not based on any particular game in the series. 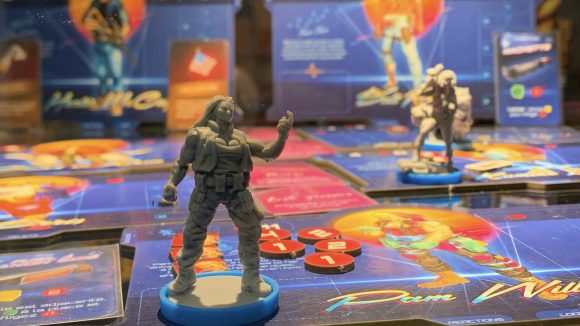 It’s a co-op board game set in 1984, in the midst of the Cold War, where players take on the roles of stunt doubles on a mission to save America – as you do. According to Funforge, it features “an in-depth crafting system”, “adaptable enemies that level up”, and “secret unlockables” including fluffy doggo companions.

Based in Paris, and founded in 2008, Funforge has a prestigious set of board games to its name, including Brass Birmingham, Nemesis, and Agricola. It’ll now be launching its Kickstarter campaign for Far Cry: Beyond, presumably including these mysterious improvements and additions, on April 11.