There is no shortage of Panzer General-style hex and counter wargames on the market. They’ve been a staple of the genre since Panzer General II drove the formula home in 1997. Some games have innovated, like Unity of Command and Order of Battle, while others like Panzer Corps, have stuck closer to the core experience. Today’s game, Operation Citadel, veers much closer to the classic formula, but manages to do so in a way that captures the purity of those old games while attempting something probably beyond its ability.

To put it simply, it’s fun and comes with a massive toybox of units, maps, campaigns, and scenarios. It’s not perfect. There are some needed quality of life improvements and the AI could use a little work on the bigger maps, but for a game developed by a single student (Valentin Lievre) with all the art assets handled by his brother Jules, it’s an admirable addition to the fold.

If the developer keeps the pace of updates, fixes, and community engagement he’s shown so far, I’m sure Operation Citadel could become the standout wargame I think it can be.

Greeting you out of the box is a welcome full manual, but the gameplay should come naturally to most marginally experienced wargamers. Maneuver ground, air, and naval units across a hexagonal map, fighting to capture important locations that grant experience and money. Use that money to purchase new core units that persist between campaign missions, restock supplies and ammo, and provide replacements. Watch out for morale, hard counters, and terrain while inflicting the most damage at the least cost. 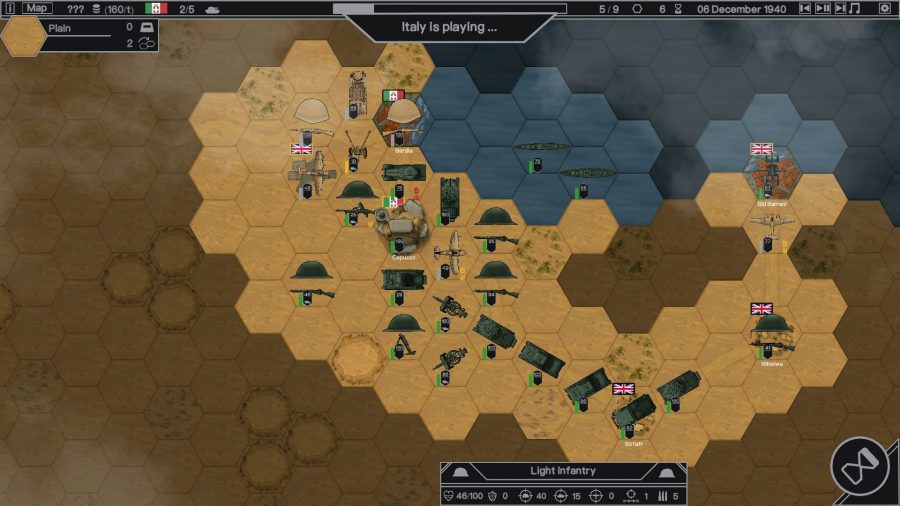 It’s the standard Panzer General formula distilled down to its basics. The game forgoes a lot of the innovations that recent Panzer General-likes include, like Order of Battle’s expanding frontline system and zones of control, but the simplicity allows for a quick, engaging experience that translates well across the game’s wide variety of missions. I had as much fun defending Saipan from US assault as I did wrenching North Africa from the Italians or storming Poland.

Secondary objectives can be frustrating or overly difficult

The campaigns are a series of linked scenarios with a persistent core army and auxiliary units. There are no special objectives that I could find, the main task always being to occupy the critical victory points of your enemy. This can be a positive or a negative depending on your outlook. Sometimes I find the secondary objectives thrown at me in other games to be frustrating or deliberately overly difficult. Other times I appreciate the added challenge and nuance. Here the focus is clear from the beginning. The campaigns are fun and manageable and the variety in scenario size and length keeps things fresh.

Where Operation Citadel tries something grand, perhaps too grand, is in its quick battles. These quick battles are not quick, but are the name for individual scenarios not linked to a campaign. You get your standard allotment of key WWII battles (and the developer is adding to the list and soliciting ideas from the community) and a collection of gargantuan maps. These boggle the mind at first glance. 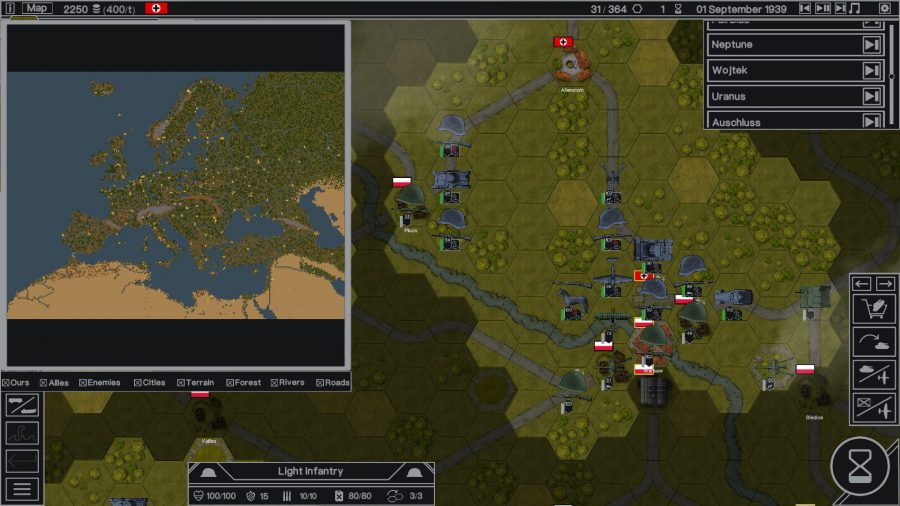 There are three gigantic scenarios so far: Europe 1939, Europe 1941, and Pacific 1941. Each map has up to a dozen playable factions, each of which join different sides based on scripts or unprovoked attacks. These scenarios are mind-boggling to me. I’ve never played a Panzer General-like that forces me to manage a grinding war in China while invading Singapore and dueling with the US in the Pacific. I haven’t had the time to really test the AI in these giant scenarios, but in my playtime they’ve reacted fairly well. If only there was multiplayer.

The second ‘grand’ thing about Operation Citadel are its tools. The developer has included map, tile, unit, and country tools right out of the box. With workshop support and a growing community, there’s no telling how many interesting scenarios and new changes we could see. The tools are simple to use and even allow for importing new visuals. I have half a mind to try and reverse engineer some First World War scenarios. (Could this give TOAW4 a run for its money, I wonder?-ED) 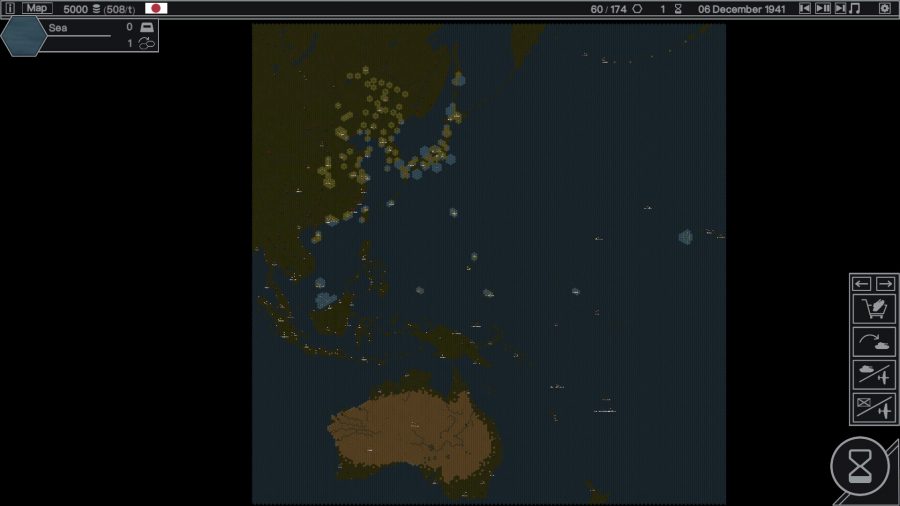 Mechanically, the game is perfectly serviceable, if nothing to write home about. Each unit is represented by a simple NATO counter or a top down image of the vehicle in question. There are plenty of tool tips and key unit information is readily available.

It’s definitely indie, but simple visuals don’t do any harm

I have encountered a few bugs and odd design choices, like being unable to target airplanes with AA guns if the planes occupied the same tile as a friendly ground unit, or being very VERY difficult to capture mountain bunkers, but I have hope that this will be addressed. Sound design is basic and there is a selection of period music tracks. It is definitely the work of an indie studio, but the simple visuals don’t do any harm. Everything is clearly what it means to be.

Overall, I’m pleasantly surprised with Operation Citadel. There’s a lot to like here if you’re in the mood for a light, simple Panzer General-like. The inclusion of the gigantic scenarios offers something unique and interesting, and the potential of the building tools is almost unlimited.

This is the kind of package that I feel will only get better the more the community engages with it. I personally had a lot of fun running through the campaigns I played and am hopeful for future content. The bugs and missteps were annoying, but not a deal breaker by any stretch.

If you’re in the mood for a collection of good scenarios sitting on top of a massive toy box, give Operation Citadel a try. Hell, there’s always the free demo.