Waves crash around you, swallowing entire islands and tribes; between the peaks and troughs of the storming ocean, you see the ships of invaders on the horizon; the meteors of an angry god rain down as you struggle to keep your head above water – and finally slip beneath the waves.

All this because you didn’t build a damned cave this turn. Welcome to Tindaya, “a theme-driven survival adventure with the soul of a eurogame” currently funding on Gamefound. Set on the pre-colonial Canary Islands in the 15th century, Tindaya is a board game filled to the brim with resource management, different gameplay modes, and a constantly transforming board that’s sure to sink many a strategy.

Players take on the role of aboriginal tribes who must keep themselves fed and sheltered while also gathering resources for missions, fighting off conquistadors, living sustainably, and appeasing two gods with changing whims and anger levels. If a single one of these tasks is let slip, you’ve likely lost yourself the game. Throw in natural disasters that change the shape of the board and its available resources, and you’ve got a heck of a lot on your early-civilisation plate.

Tindaya advertises itself in the rulebook as a medium-level strategy game – which in itself is a murky definition, as figuring out what makes a game ‘medium’ strategy is often like ascertaining the length of a piece of string. Because of this, I looked at the ‘learning campaign’ in the rules – which drip-feeds you Tindaya’s mechanics over three games – and scoffed. ‘If I can wrap my head around a game of Terra Mystica, I can handle a medium strategy game,’ I thought to myself.

The first thing I learned from doing so is that Tindaya has a lot more complexity than I initially expected. The setup and teaching with my group took more than an hour, and the predicted play time of 30 minutes per player was bulked out significantly by us having to clarify something in the rules, or redo turns because we realised we had forgotten a rule. If you’re already a firm fan of complex strategy games, you may well take all of this in your stride – some of the best games need a few playthroughs to get a grip on – but less experienced players will find Tindaya poses a steep learning curve without the learning campaign.

A game of Tindaya looks something like this: you start as one of several tribes (each with their own special ability and starting resources) with two settlements based on the trades they know (fishing or pig farming, for example). You choose a space to setup and populate the settlements with nobles and villagers.

Having a villager in a settlement you know the trade of grants you control over it and the ability to produce goods, but you need nobles to be able to sail to other islands, make offerings to the gods, learn a new trade from another player’s tribe, or lead a battle to reclaim a conquistador fort. Each of the four trades also has its own engine-building mechanic where you can spend resources to develop inventions – these give you access to other resources that the gods may ask for, as well as a way to create non-perishable foods.

Brain food: these are the best strategy games around right now

At the beginning of each of the game’s three eras, you can receive prophecies telling you exactly what disasters the gods will send, what resources will appease them and reduce the disasters’ area of effect, and which islands the next wave of conquistadors will attack. You win the game if you survive all three eras and complete any missions given at the start of the game – if you play in competitive mode, the winner is whoever scored the most points along the way. 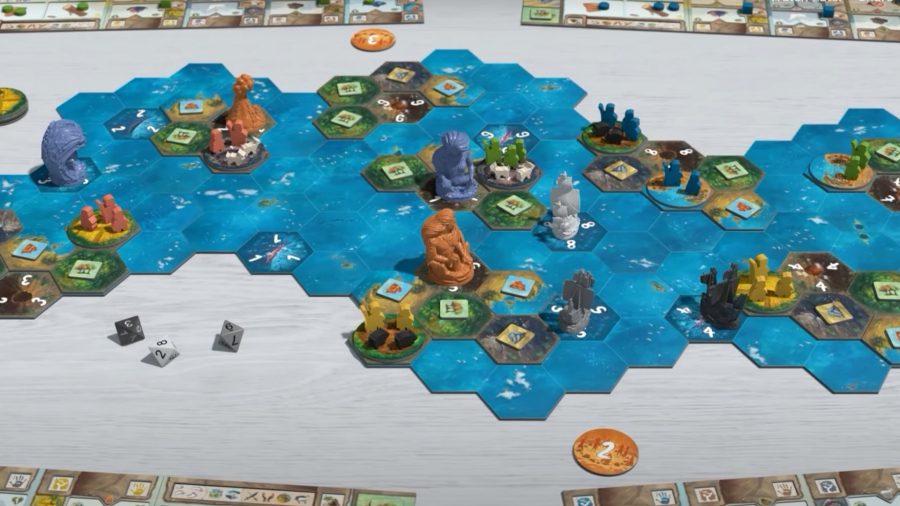 Tindaya strays off the beaten path for eurogames by enforcing its cooperative mechanics and punishing players for gathering more resources than they need. At times, this meant Tindaya felt unusually punishing, or that the game was trying to juggle too many things at once, but it serves a higher (and very rewarding) purpose – the game’s theme.

Tindaya has a gorgeous, tactile design

In a recent interview with Wargamer, Tindaya’s designer Lolo González explained that he wanted to solve two common issues with eurogames in Tindaya – the first being the lack of consideration for theme, which often serves as an irrelevant backdrop to a eurogame. This means, in Tindaya, every mechanic is based on a historically-accurate aspect of aboriginal life – everything from some tribes joining the conquistadors, to providing wood for fires so you can see your future in the smoke.

It also helps that the theme and design chosen for Tindaya are gorgeous. Opening Tindaya for the first time is a very tactile experience – there are card-holders to construct, and recessed boards to keep track of your resources and inventions. Considering that we were playing with a mere prototype – and considering that this is Red Mojo Games’ debut board game – the production value of Tindaya is fantastic. 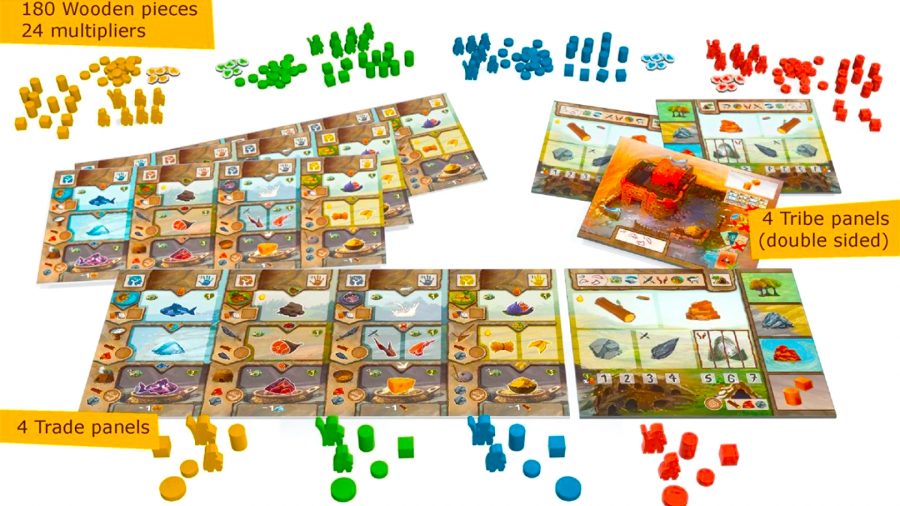 The second issue with eurogames González wanted to solve was a lack of interaction between players, and it does this well. In its cooperative mode, one of the biggest selling points for us was the strategy phase, where everyone had to put their heads together and draft a plan to survive.

Rated mature: here’s a guide to the best board games for adults

And for how intense the setup and learning phase of Tindaya can be, the mechanics work very well once you know what you’re doing. Even when we failed, we remained huddled around the board theorising what we would have done differently in the next game. 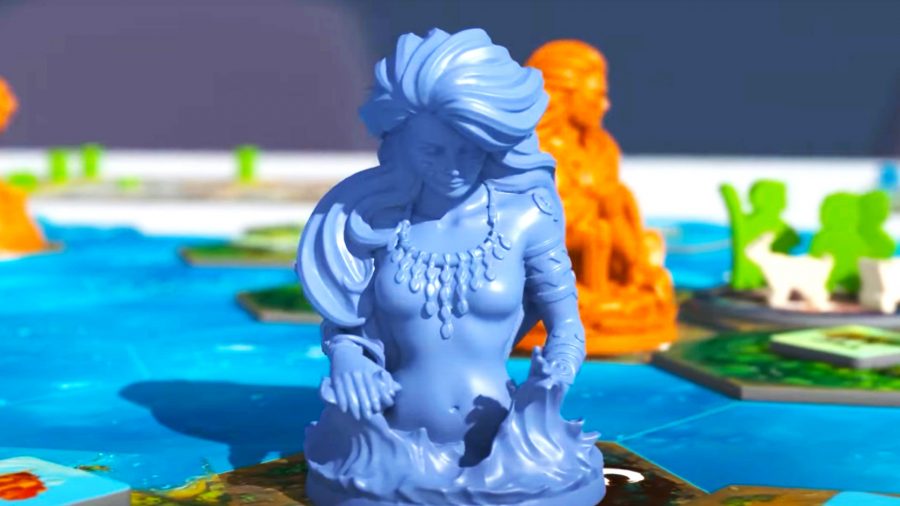 In some areas of Tindaya, there are some slight issues with balance. The randomly generated islands and disasters can often obliterate a well planned strategy – this is by design, but when a randomised event is the one thing that stops you from winning the game, it can be rather frustrating. I didn’t encounter this with my group, but it became an issue in the game’s solo mode.

These random event weren’t a game-ruiner, luckily – and, ultimately, the random elements of Tindaya add far more value than they do frustration. The main reason for so many randomly changing elements is that, as the Gamefound page claims, Tindaya can have “infinite combinations of set-ups, missions, objectives, and catastrophes” for replayability.

If you like the sound of a eurogame-co-op-hybrid, and you’re able to get together a committed group who will happily play its way through the initial uphill learning phase, Tindaya is going to give you a lot of value for money. There’s a huge number of ways to set up the board, the islands, and the tribes. As well as the learning mode for beginners, Tindaya has three difficulty modes, a solo mode, and traitor mechanics that mean it’d take a long time to play two games of Tindaya that are the same.