Crowdfunding sites like Kickstarter and, latterly, Gamefound have become the bread and butter of the board game trade. While huge titles like Frosthaven and Marvel Zombies can rack up millions on these platforms, they’re also a space for first-timers to fund their tabletop fantasies. In this sense, Tindaya – the debut project of developer Red Mojo Games – isn’t so unusual. However, there was a lot about this Gamefound launch that made Tindaya stand out.

According to its Gamefound campaign page, Tindaya is “a theme-driven survival adventure with the soul of a eurogame” set in the 15th-century Canary Islands. Players become aboriginal islanders living on the archipelago, working to expand their settlements while keeping the gods pleased, and invading conquistadors out.

Last week, Wargamer reported on some of Tindaya’s more unique selling points – most notably surrounding the theme and the structure of the Gamefound campaign itself. Since then, we met with the game’s designer Lolo González to learn more about his crowdfunded board game debut.

Considering that Tindaya is Red Mojo’s first board game, the Gamefound project has seen significant success. At press time, Tindaya has raised $100k / £75k from 1,178 backers – over triple the original goal of $31k / £23k. The game was fully funded in just over two hours – a result González wasn’t expecting. “I’m new to Gamefound, and I’m new to board game design”, he says, “so seeing that response to a newbie like myself, I’m surprised and grateful.”

"I am going straight into production"

Tindaya’s Gamefound success is made all the more remarkable by the fact that, as González himself puts it, “I did everything you’re not supposed to”. The only reward for pledging towards Tindaya is the deluxe version of the game itself – a large departure from the pledge-heavy games, tempting paid extras, and miles-long lists of sparkling stretch goals that crowdfunders are used to.

“I’ve already funded the moulds for the minis and the tray,” González says. “Everything is ready to go. It’s very discouraging when you have to wait two years for a [crowdfunded] game, so I’m not doing that. I am going straight into production.” González predicts that Tindaya will begin production in late March. 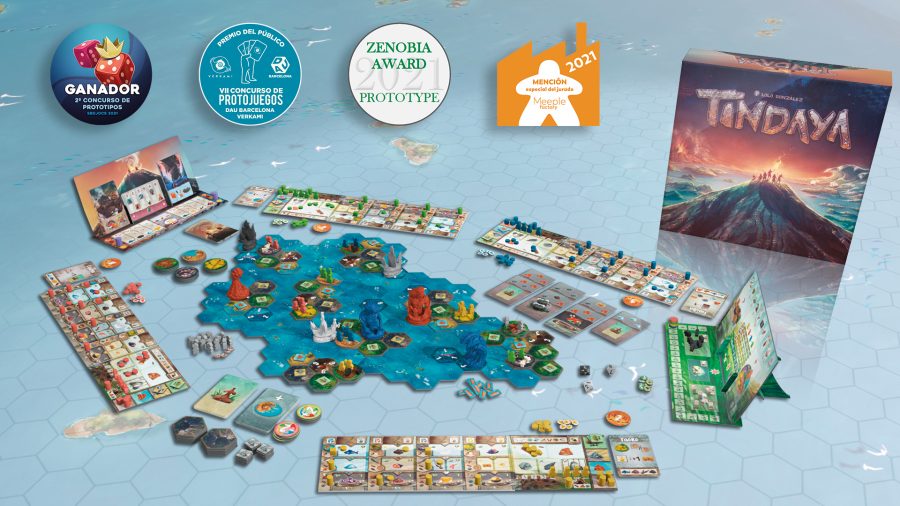 González reckons the largest, most popular funding platforms ought to do more to accelerate projects’ timetables across the board. “I think Kickstarter’s philosophy should change a little bit and ensure the backers’ experience improves,” he explains. “In order to do that, you really need to minimise production time.”

Two to tango: Check out our guide to the best couples’ board games

González is fully aware he’s chosen a different path from many large companies with extensive experience and success in crowdfunding – but he sticks to his guns. “I have more to prove than all these respectable companies because I’ve not made a good board game before, so I want to make sure it gets to backers by the end of the year,” he says. 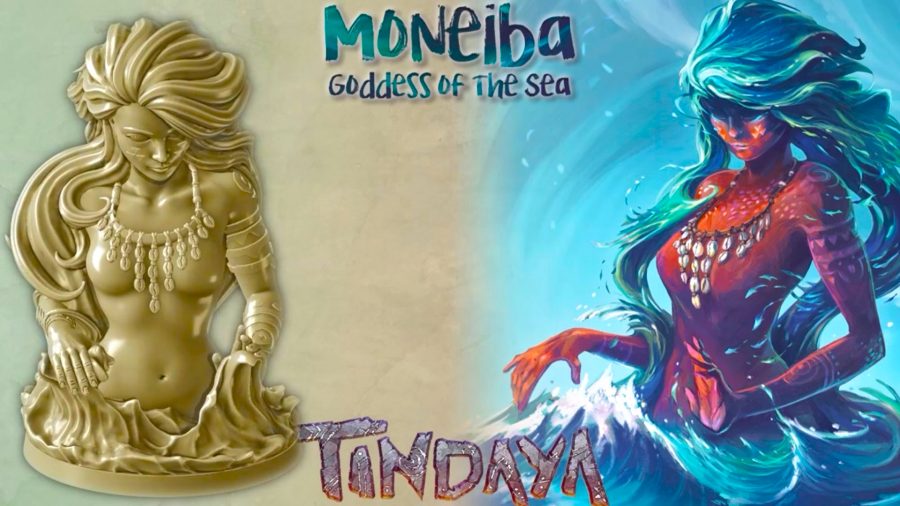 Unorthodox approach to crowdfunding aside, Tindaya’s theme and mechanics also shake up the eurogame genre, and González happily explains how. “I love eurogames, but there’s a few things I hate about them”, he says. A key ‘thing’ in his list is a dissonance between the theme and gameplay of a eurogame, with the game’s thematic backdrop merely a colourful coating around utterly unrelated mechanics.

Theme often takes a back seat in eurogames

“It really doesn’t take any interest in the subject,” González says. “The theme doesn’t play a role. I wanted a eurogame where the theme was truly important, and it made the whole game evolve.” Tindaya’s theme ended up being a period in history for González’s home – The Canary Islands. González says the history behind the theme “allows me to give depth to the whole eurogame idea”.

Providing this depth meant González spent time reconnecting with the archipelago he was born on (and lived on until he was 15). “I had a sense that I had very little knowledge of my islands, my origins”, he tells us, “so I went to the Canary Islands – I spent about three weeks visiting museums and getting acquainted with the history, and I learned a lot more than I did while living there [as a child].” 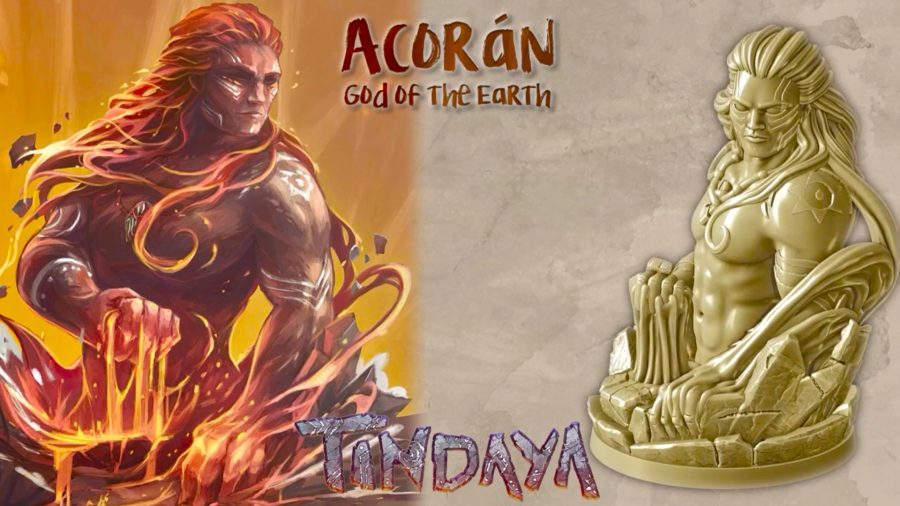 González’s research into the islands’ folk traditions ended up shaping Tindaya. The game is set on an actual sacred mountain; the gods players must please are taken directly from tradition; and the colonisers that complicate the gameplay really did invade. Historical accuracy was clearly important to González – according to him, everything from tribes becoming traitors for the conquistadors, to animal species being wiped out through aboriginal activity, is represented in the game’s mechanics.

House of fun: Here’s a guide to fun board games you can try

In weaving the theme and mechanics together so closely, González seems to have ended up creating a surprisingly political game – one that subverts the perspective of colonialism that’s often promoted in classic eurogames, and one that warns of the dangers of environmental exploitation. González says this wasn’t always an intended feature, though, and it happened “as a result” of designing the game’s mechanics in this setting. “To me, the game was always about the tribes”, he adds.

Thanks to the Gamefound page, Tindaya brings this focus into the real world also – by donating “one euro from each game sold during the campaign” to a reconstruction project on the island of La Palma. Tindaya has ten days left on Gamefound, with two stretch goals left to unlock.

If you’re looking for board game recommendations, hit up our rolling guide to the best board games you can play in 2022. Or, if you’re after historical crowdfunding projects specifically, check out this Kickstarter game about the Maya period.