Board games can be a lot of things. Some provide light relief on a quiet night in, some act as your gateway to the wider tabletop hobby, while others are such cumbersome epics they’ll have you thumbing through their rulebooks every five minutes. But in every case, they’re outright entertaining. There are some astonishingly fun board games just waiting to be picked for your next merry game night.

To save you the hassle of combing the internet or, god forbid, walking down to your friendly local game store to ask the shop assistant for recommendations, we’ve done the hard work for you. Here’s a list of fun board games that are guaranteed to put a smile on your face.

Whether you dig strategy board games, love the physicality of tile games, or are keen to pick up a two-player board game to challenge your friends and partner, we’ve got you covered. Touching on a range of styles and player counts, we’ve picked out games with a wide appeal, and ones that won’t be too taxing for new board game players.

These are the fun board games you should play: 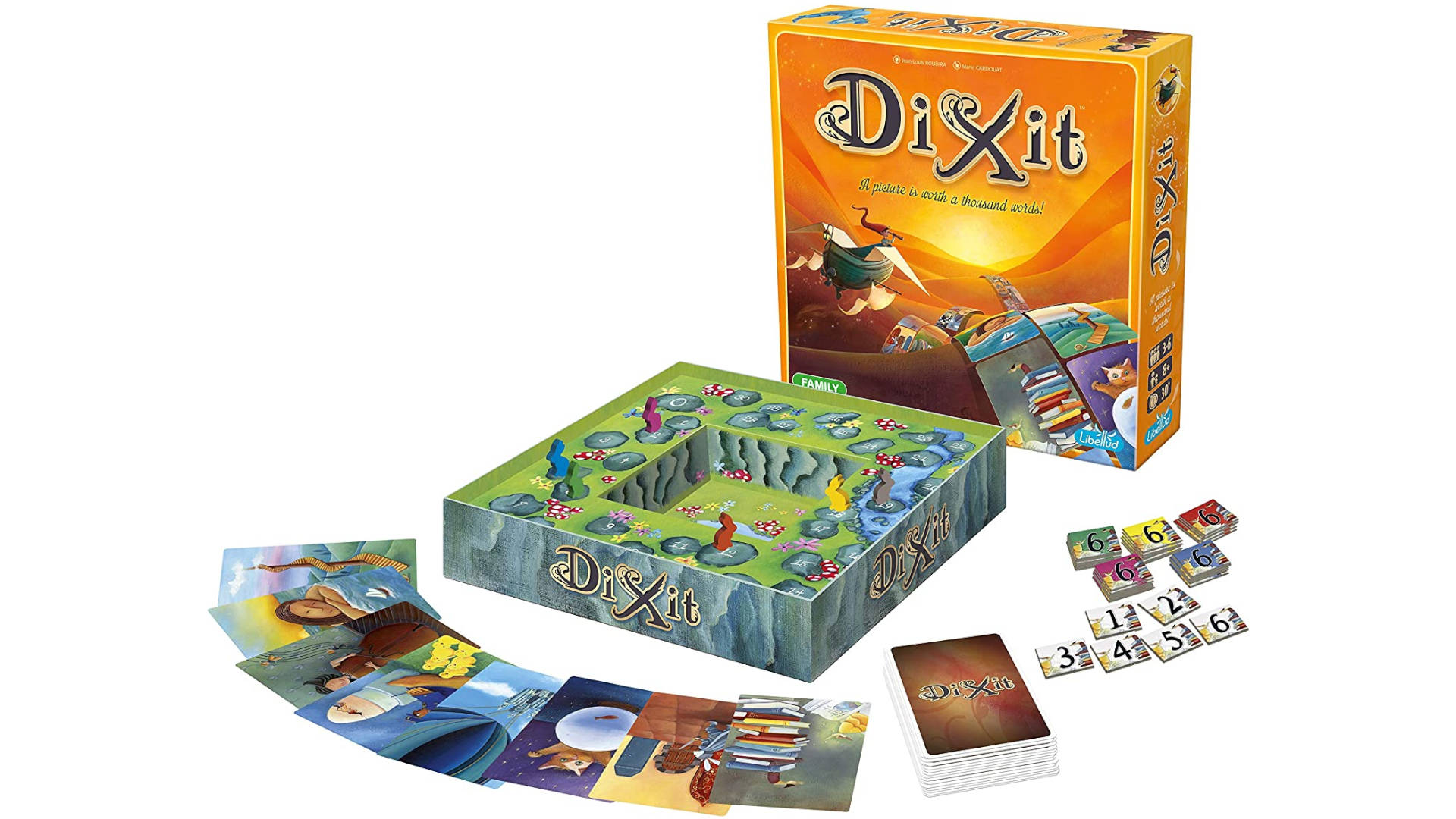 What’s more fun than spinning an epic yarn to entertain and trick your friends? Dixit is a storytelling game full of wondrous artwork and tense second-guessing. Simple to learn, and even simpler to play, you can get stuck into its world of abstract narratives and silly storytelling in no time. A great pick for those new to board games, or after a family game.

A great pick for those new to board games, or after a family game

Each player takes turns to become the ‘storyteller’. When you’re up, it’s your job to say a sentence, speak a word, or make a sound that describes one of the wonderfully illustrated cards in your hand. That card is pooled together with a bunch of others, and the other players must try to guess which was your original pick. The more players that guess correctly, the more points you’ll score. But should you make your description too obvious, you’ll get zilch.

Thinking of a sentence that accurately describes your card without giving the game away is trickier than it might seem, and ripe for hilarious misdirects. Combined with Dixit’s gorgeously abstract card art, this is one fun board game that’s massively replayable. 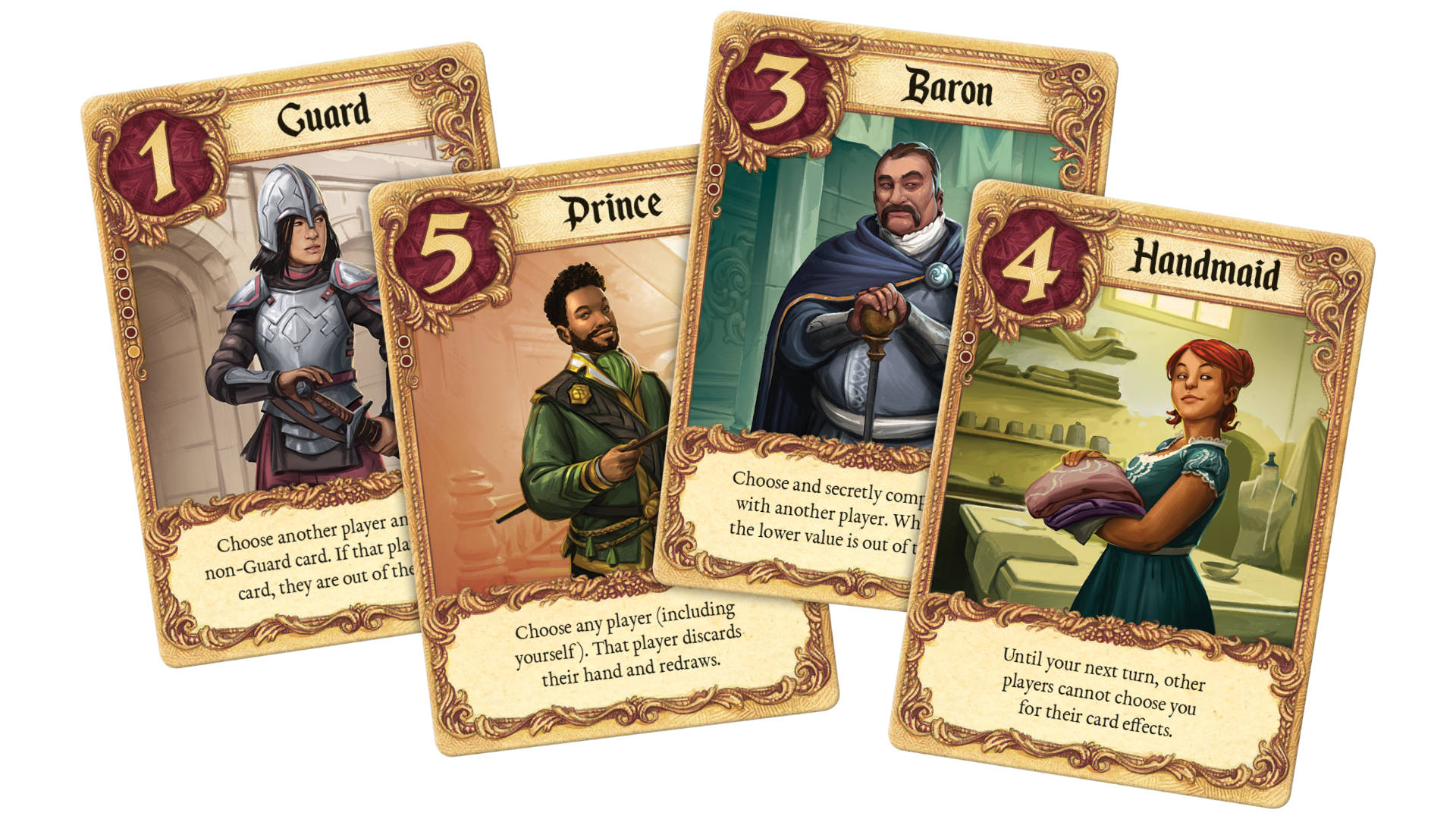 For a fast-paced card game, check out Love Letter. A favourite among families and veteran tabletoppers alike, its gameplay is lightning fast, but affords all the opportunities for shrewd deduction and daring play you could want. With each round over in a matter of minutes, and the game’s components fitting snugly within a small pouch, it’s the perfect game to whip out for a few quickfire rounds, or take travelling.

Gold star: These are the best board games to play in 2021

Each player is trying to deliver their love letter to the beautiful princess. Starting with a single card in your hand, you’ll draw a card from the deck on your turn, and decide which of the two to play. Some might protect you from harm, while others will expose your opponents and knock them out of the round. If you’re the final suitor left standing, or finish the round with the highest card, you’ll win the game. Having only two cards in your hand at any one time makes Love Letter easy to pick up, while the scope for card counting and deduction adds depth. 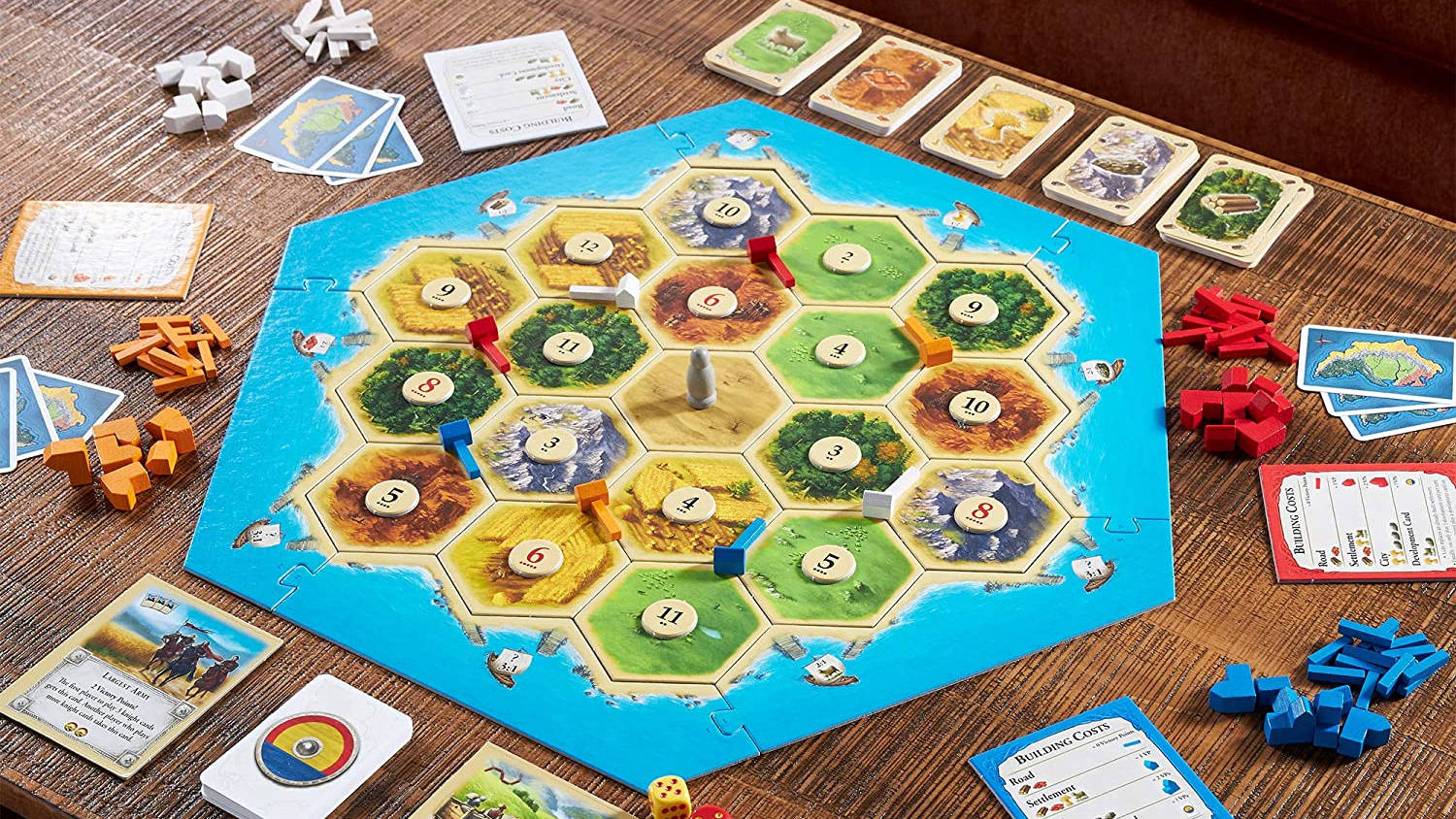 A true classic that continues to win the hearts and minds of players everywhere, Catan might be the most popular board game in the world. Many people take their first steps into the vast world of board gaming with Catan, and soon find themselves obsessed with its charm. Its strategic building, dice-rolling luck, and player-focused trading all combine into a heady mix of settlement expansion.

Catan might be the most popular board game in the world

Played across a colourful hex-grid board, each turn will have a player roll a dice to determine what resource is produced that turn. Collect these resources to build roads, settlements, cities, and powerful development cards to expand your small hamlet. Settle on new tiles to gather more resources that can fuel even greater expansion.

But Catan is very much an interactive experience. Need some wood to build a road? Try striking a deal with another player. Worried an opponent is monopolising wheat? Beat them to the punch by building a new settlement on a wheat tile. Scared that one player has nearly won the game? Place the evil robber pawn on one of their hexes to steal their resources. Catan caters to every player, and offers huge replayability. 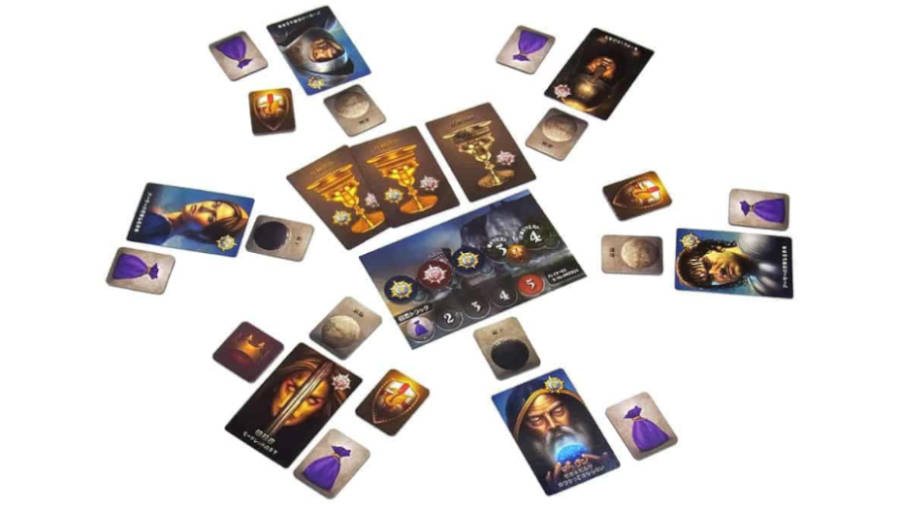 An imposter game, The Resistance: Avalon combines deceit, betrayal, and trickery into a tense game of social deduction. Players will take the role of Arthurian Knights pursuing quests for their good king. But not all is as it seems. A handful of Mordred’s evil minions have infiltrated the round table to sabotage Arthur’s plans. If the knights can successfully complete three quests they’ll win the game, but if their plans end in failure, Mordred will be victorious.

Games for two: Check out the best two-player board games

The kicker, of course, is that while the evil minions reveal themselves to each other, the Arthurian knights are in the dark. They’ll have to rely on astute discussion, and the odd accusation, to identify the infiltrators. Throw in Merlin, who can use special powers to reveal Mordred’s minions, and you’ve got a tense game of unexpected reveals and wild deceptions. Playable between five to ten players, Avalon is a fantastically fraught party game for bigger groups. 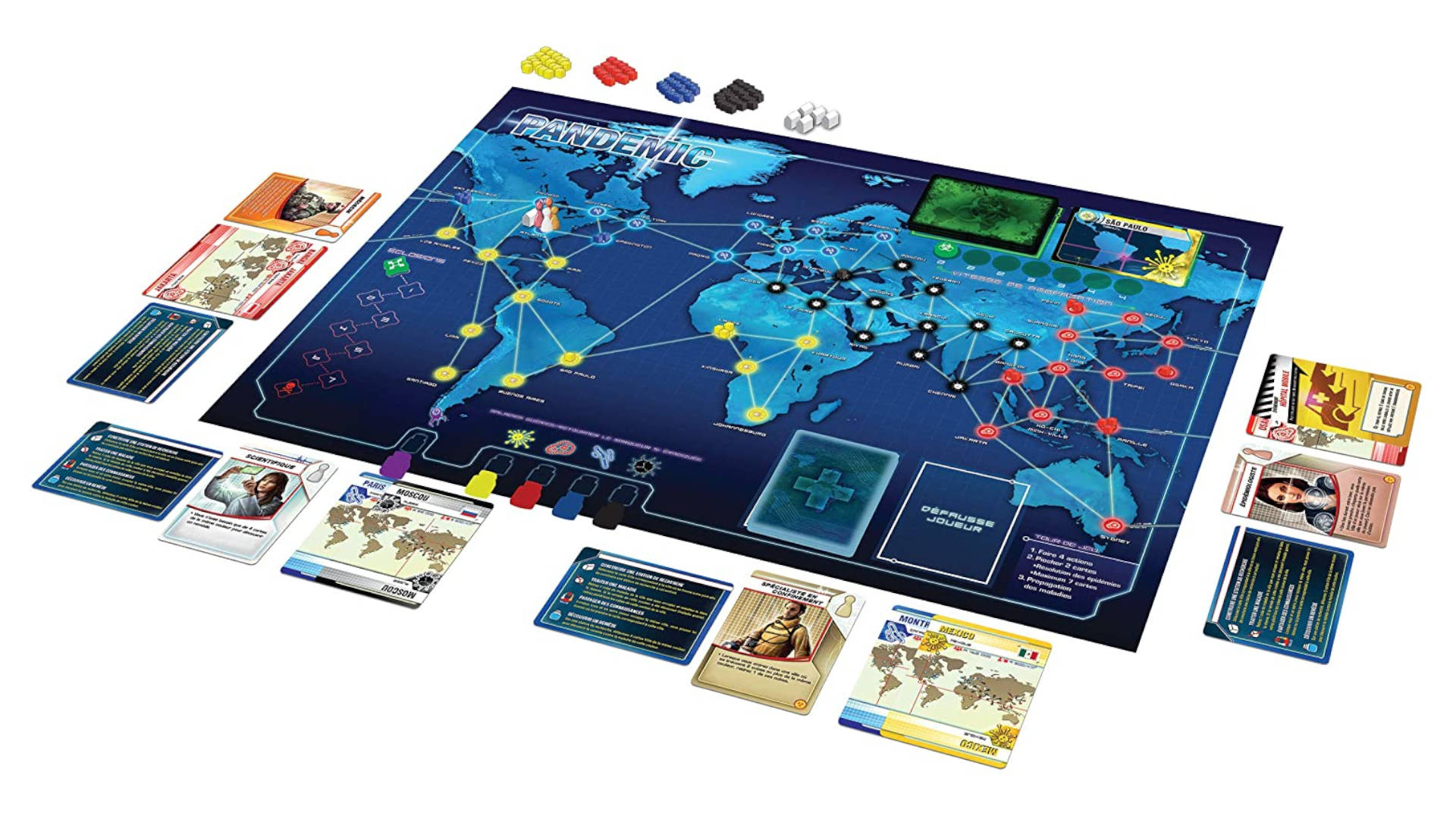 An acclaimed title that has led many players through the gateway of the board gaming hobby, Pandemic is a co-operative game that challenges you to suppress a deadly infection and save the world from disaster. With each player assigned a distinct role that boasts unique special abilities, it allows everyone to contribute and rewards teamwork above all else.

Hop your pawn across the map in an attempt to suppress the spread of a deadly disease. You might treat sick patients in order to buy yourself some time, build a research station, or finally discover a cure to save humanity from extinction. But don’t dally. Random events will accelerate the virus’ spread, and an outbreak could topple the disease’s transmission out of control. The race is on to remove the virus before it gets out of hand.

An immensely popular title, Pandemic is not only one of the best two-player board games around, but works wonderfully at higher player counts, too. 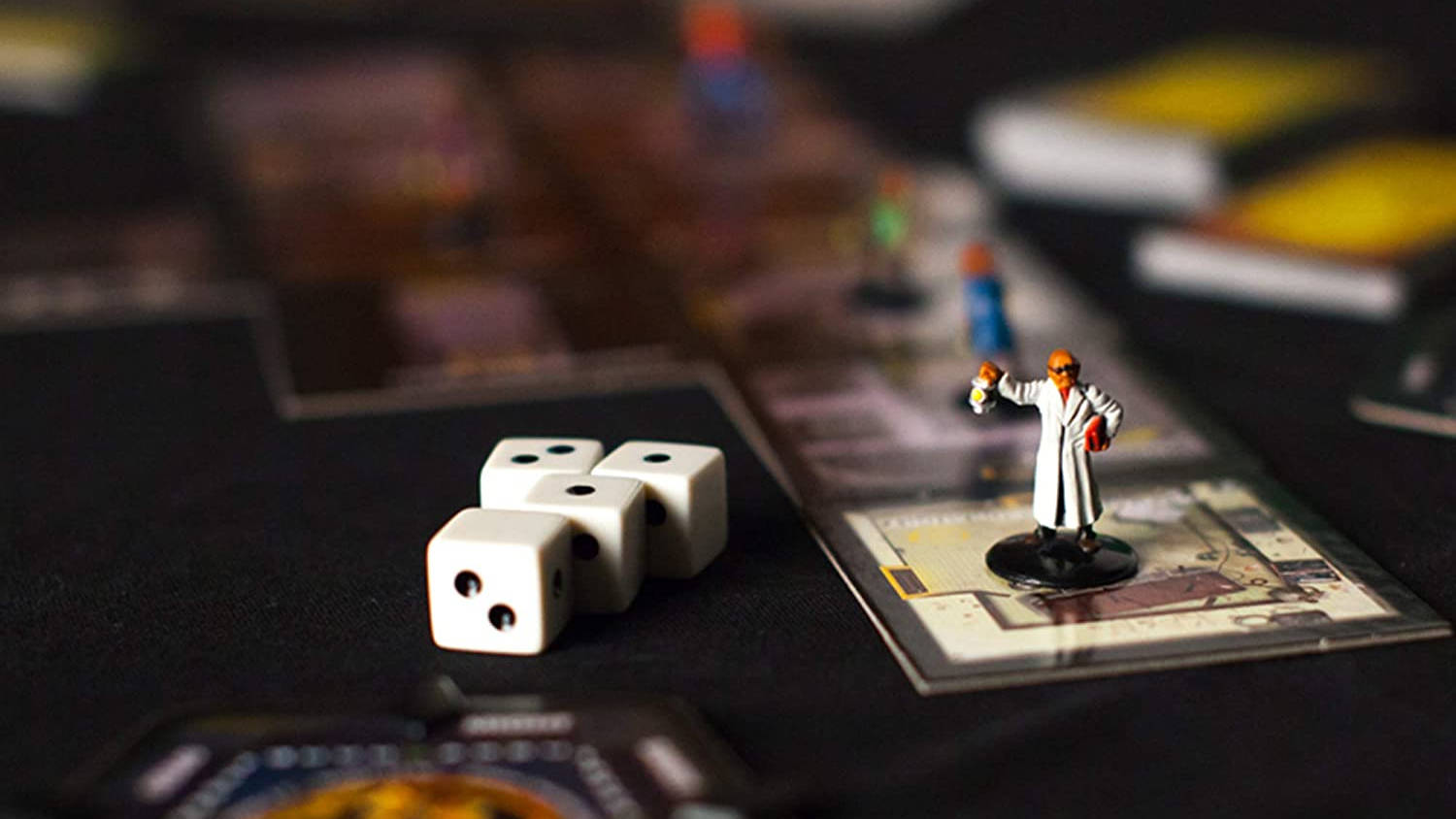 Betrayal at House on the Hill

Something of a cross between classic horror movies and the capers of Scooby-Doo, Betrayal at House on the Hill lets you live out your very own ghost story. You’ll explore an abandoned mansion, revealing its creepy halls room-by-room to discover whatever monsters lie inside. But it’s not only the residents you have to worry about. One member of your party is a traitor, and must be defeated if you hope to make it out of this nightmare alive.

On your lonesome: These are the very best solo board games

A simple combat system means even the most violent-averse players will get the knack of things right away, and the chance to collect items to use in tight spots adds an element of exploration to the game. With heaps of room tiles included, which are randomly drawn in each game, Betrayal at House on the Hill offers masses of replay value. It’s spooky but goofy, and a fun board game for anyone who likes thematic tabletop experiences. 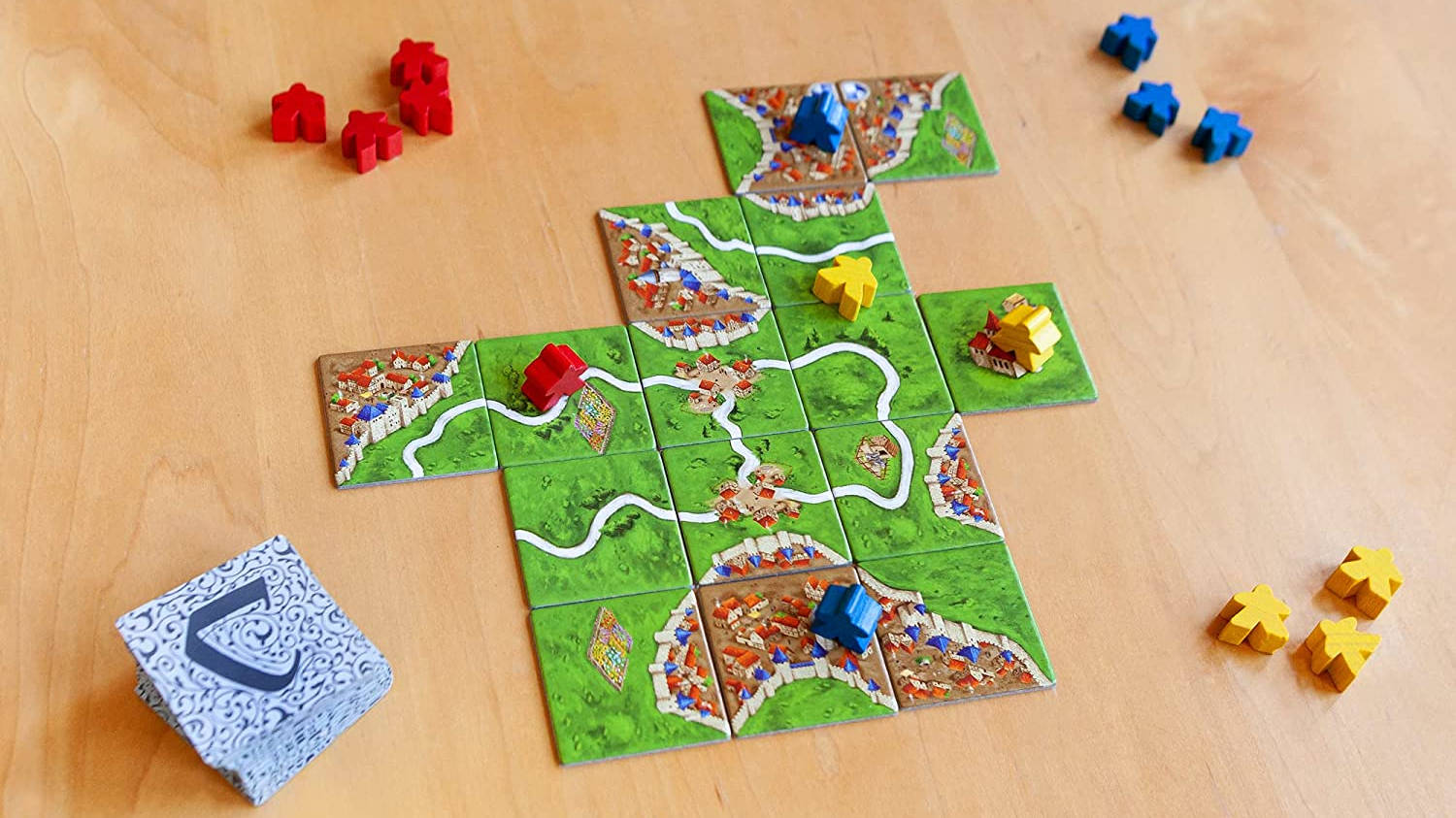 Another all-time classic, Carcassonne is a tile game like no other. An exceedingly visual game that springs to life on the table, you’ll be placing down small tiles depicting cities, fields, roads, and abbeys to build a glorious medieval kingdom. A remarkably easy game to pick up, it’s a fantastic pick for those who are new to the hobby, or want something physical to break out on their table.

A game to crack out time and again

Players take turns drawing tiles and connecting them to the ever-expanding central board. Build a long road or construct a sprawling city for a big score. If you’re feeling more competitive, deliberately scupper your opponents’ construction to deny them points, or muscle in on their efforts to steal the glory.

A brilliant board game for beginners, Carcassonne doesn’t ask much of its players. The limited actions you can take per turn keeps things simple, but don’t pass it off as boring – this is a game to crack out time and again. 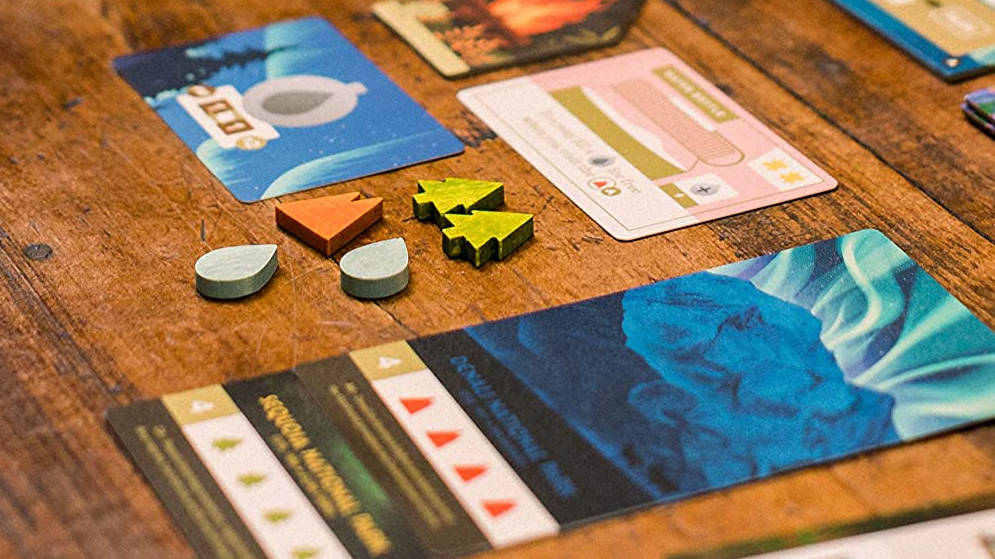 Take a trek through gorgeous natural landscapes in Parks, a worker-placement game about hiking trails and making memories. Light on complexity but high on aesthetic appeal, this game has a slower pace than most other picks on this list. Although tranquil and carefree, its tight design can be played as competitively or as friendly you like.

You’ll be spending your time sending the hikers under your care along various trails. Advance along the track to pick up resources that can be spent on further traversal, or expensive gear needed to enter more ambitious parks. But make sure to veer off the beaten track, or you might find an opposing hiker is blocking your progress. Easy to teach, and boasting a theme that’s rarely given much attention in board games, Parks is a treat for anyone after a placid, but fun board game.