“The wind was rising with squalls, so that the ships lay over well to their canvas, and the sea was getting big.” Arrrr. I may not know exactly what that means, but it sure does sound exciting. It’s from 'The Royal Navy, A History', by Captain A. T. Mahan (1898) and describes an 1781 naval action at Cape Henry, Virginia.

Said same battle, fought between the British and French navies – is included in Ultimate Admiral: Age of Sail, currently in Steam's Early Access. In real-world history, it was the British – among whose sails Captain Mahan observed the bigness of the sea – who won the day. In Ultimate Admiral, there's a bit more flex, as we shall see.

The first look preview was already impressive but, a year on, the game continues to reveal ever more potential. Will it finally recreate all the thrill of naval combat, minus the weevils and the lash? So far, it seems to get much right, giving many high hopes for the full release. On top of steady progress throughout the summer of 2020, we just saw some significant new additions.

Even as I write, the game has updated several times.

The game was released onto Steam Early Access in March 2020.

Prior to that, a fortunate few had access to an Alpha ‘backer build’ – with which, it’s fair to say, our own Bill Gray was very impressed. On our pages in October 2019 he tipped the title to become “the new standard for computer games covering the subject”. 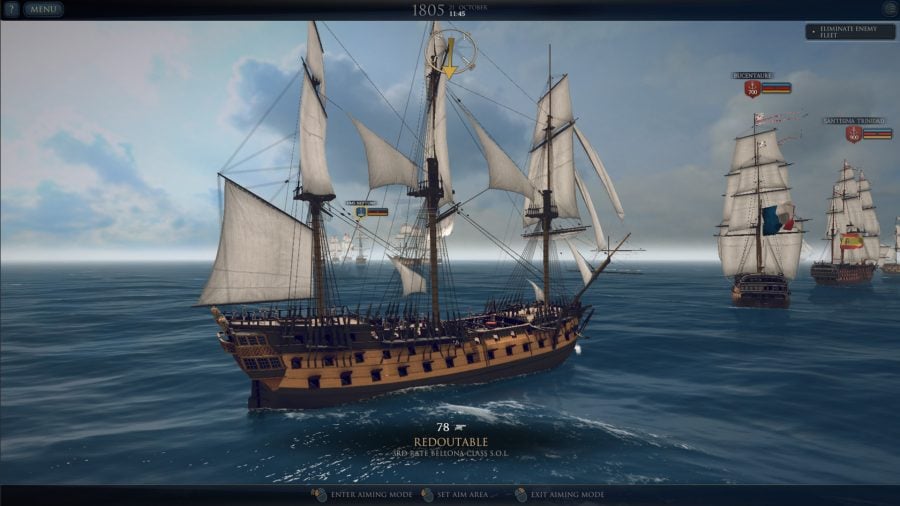 Once, the height of realism in sail-powered warfare involved the inclusion of wind direction and cannon reload times. While better than nothing, this leaves something to be desired. Where’s the thrill one finds in a Forester novel? Where are the tactics so colourfully described in Mahan’s prose?

Although not the most well-known of battles, the aforementioned Cape Henry makes a nice game scenario. The encounter saw the French warships of the Expédition Particulière, commanded by the Chevalier Des Touches, face a British squadron under Vice-Admiral Marriot Arbuthnot.

After transporting some 5,500 men from France to Newport, Rhode Island to aid the American rebels, the Expédition spent nearly a year trapped in Newport by an English blockade. In early March of 1781, General George Washington convinced the fleet to ferry a detachment of 1,200 French soldiers from Newport to the mouth of the Chesapeake Bay. The move would trap a loyalist army, under General Benedict Arnold, against a second, similarly-sized rebel force, which was to advance over land. 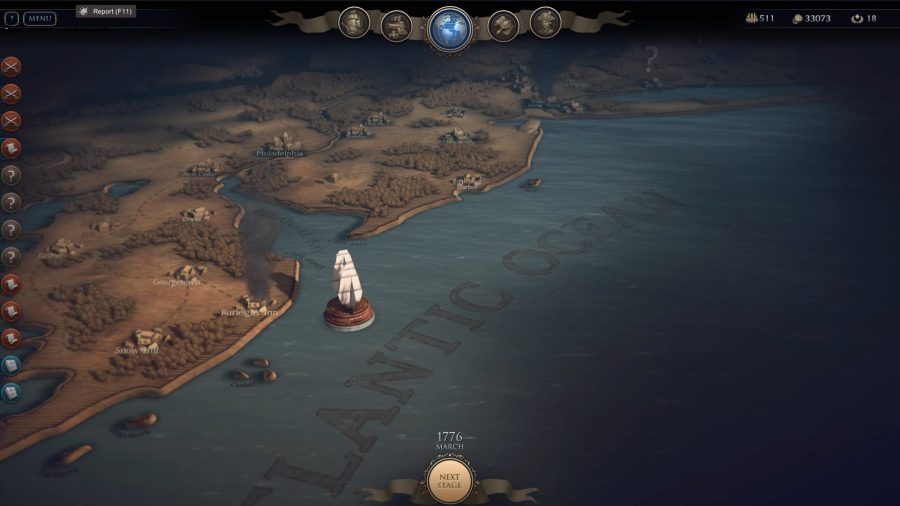 Des Touches’ departure was observed by Arbuthnot, who was able to surmise the destination. Arbuthnot raced ahead to arrive at Cape Henry first. Despite the weather being “thick and squally” and visibility poor, the fleets found each other and began seven hours of manoeuvre, each trying to gain the advantage.

The English, in addition to better sailing and seamanship, were faster due to universal adoption of copper hulls. “The better sailing, or the better seamanship, of the British had enabled them to gain so far upon their opponents that at 1 p.m. they were laying nearly up in their wake, on the port tack, overhauling them; both squadrons in line of battle.”

Pride of the seas: These are the best naval games

While Ultimate Admiral: Age of Sail includes Cape Henry, it’s not a strictly historical scenario. The core of this game is its two campaigns; one for the English and one for the Americans.

Cape Henry is part of the American campaign and has a player-raised fleet taking on the historically-accurate British line-up. It works well enough but it got me reminiscing. I was inspired to install some older sailing games, including Salvo! 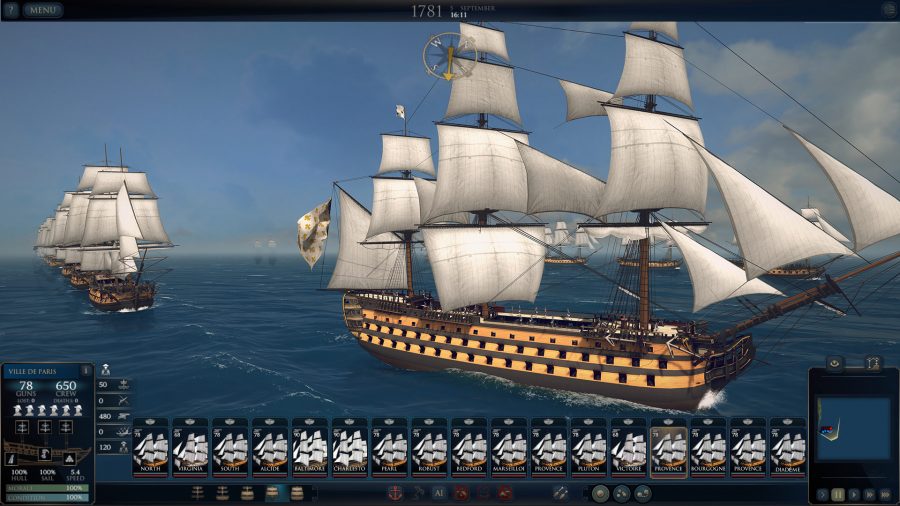 This 2005 gem from Shrapnel Games was developed by indie shop SprueGames. After the release was followed by a major update, support lagged, leaving things somewhat unfinished. No longer sold today, I am lucky to still have the CD. In its time, Salvo! was pretty rough around the edges but it got a few things right.

Salvo! was neither real time nor 3D. To the imaginative today, the interface resembles what Sid Meier’s Ace Patrol has since perfected to solve a similar problem; converting flight dynamics to turn-based strategy. A less-inspired UI facilitates crew management, ship-by-ship, and a fleet-level interaction for larger battles. While it can be frustrating, the game deserves credit for trying to implement large scale battles by breaking the fleet into squadrons.

This game also gives you the ability to customise ships and fleets for six different nationalities. Without too much time or effort, I constructed a historically accurate order of battle for both sides of the Cape Henry fight, including the “thick and squally” weather.. 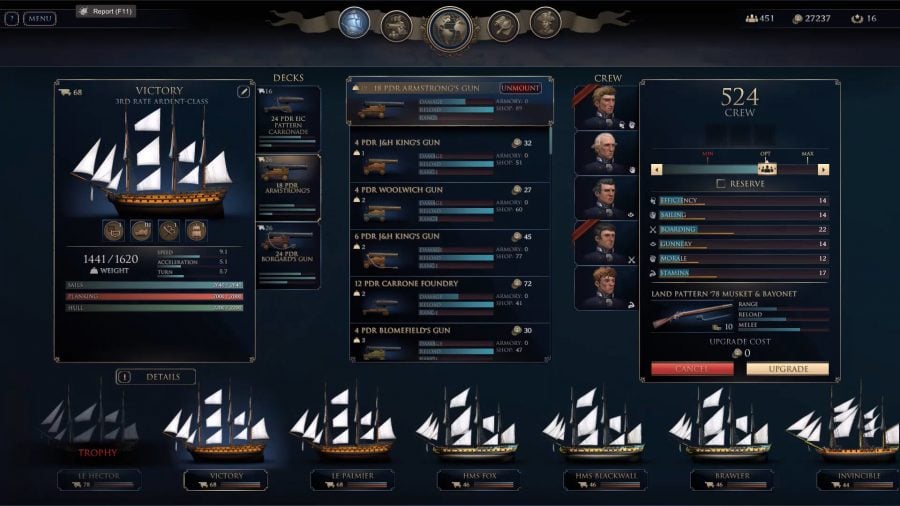 It also simplifies and abstracts wind and momentum, smoothing play. One item that it uniquely got right is the ability of a ship to tack. Note the sweeping arrow that points into the wind.

Dominating the deep: Read our Rule the Waves 2 review

When present (it isn’t always), a ship can come about into the wind to reverse direction. Many games struggle to include this manoeuvre, often leaving every tacking ship ‘in irons’ as an inevitable result of wind modelling.

My version of Cape Henry begins with the two fleets hunting each other in the fog. After the lines finally engaged, and I won handily against a middling AI. My version also strayed quite a bit from the historical narrative. 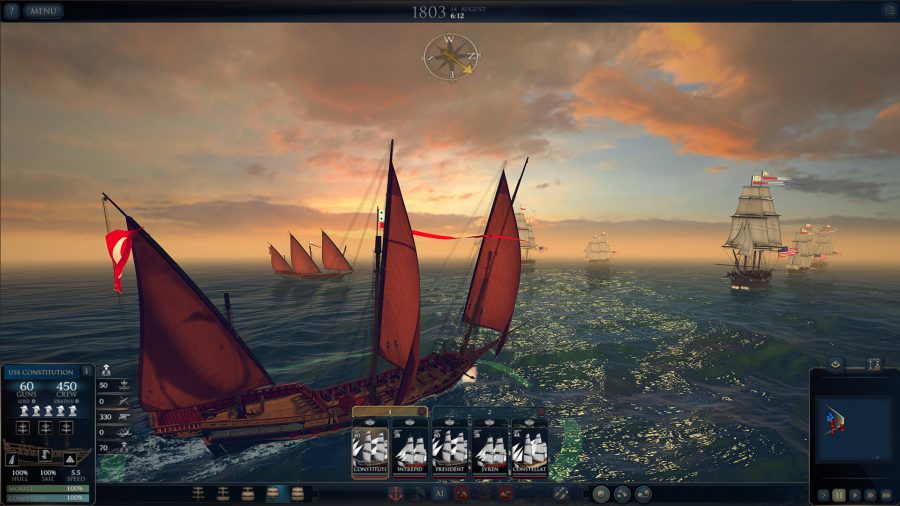 Let us return to Mahan for the real story:

“As the enemy now was threatening his rear, and had the speed to overtake, des Touches felt it necessary to resort to the usual parry to such a thrust, by wearing his squadron and passing on the other tack. […H]e decided also to utilise the manoeuvre [reversing in succession] by surrendering the weather gage, and passing to leeward. The advantage of this course was that, with the existing sea and wind, and the inclination of the ships, the party that had the opponent on his weather side could open the lower-deck ports and use those guns. There was thus a great increase of battery power, for the lower guns were the heaviest.”

Returning to Ultimate Admiral, I’m getting that same anticipatory thrill that I felt back in 2005 and then some. I see both steady improvements technically (AI, memory, etc) and feature-wise. This game both adds more facets of naval combat while making them more accessible.

I’m still not entirely sold on the way it handles tacking, but it does it and other ship handling better than its predecessors. The animations and graphics are beautiful with wind, sails, and cannonballs looking just about right. Along with all the detail, the game admirably hides away bookkeeping that marred previous forays in this genre (e.g. Salvo!‘s constant crew shuffling). 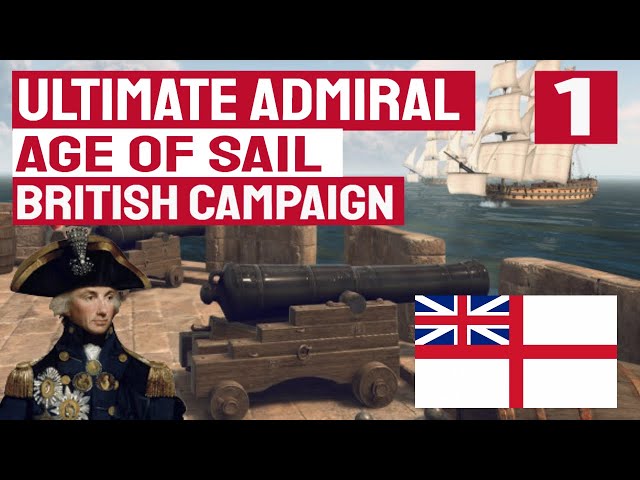 This is the first game that has modelled the way that “surrendering the weather gage,” normally a tactical no-no, allows you to elevate your guns for increased range and firepower. I’ve not been able to verify whether the sea and wind can prevent the lower deck from firing, nor do I know whether it’s planned, but what the game so far includes is already more than seen before, going a long way towards capturing the thrill of these poetic, Victorian illustrations.

I really want to see Ultimate Admiral: Age of Sails add, on top of its campaign structure, the ability to fight one-off historical scenarios. Include, also, a robust editor for players to generate their own historical and what-if battles, and they’re on their way to making nautical dreams come true.

The game already includes details like those copper bottoms, so decisive for Arbuthnot at Cape Henry. Help players construct historically-accurate lines of battle to command in what is shaping up to be a very impressive UI and Ultimate Admiral will earn a hearty “huzzah” from historical gamers. 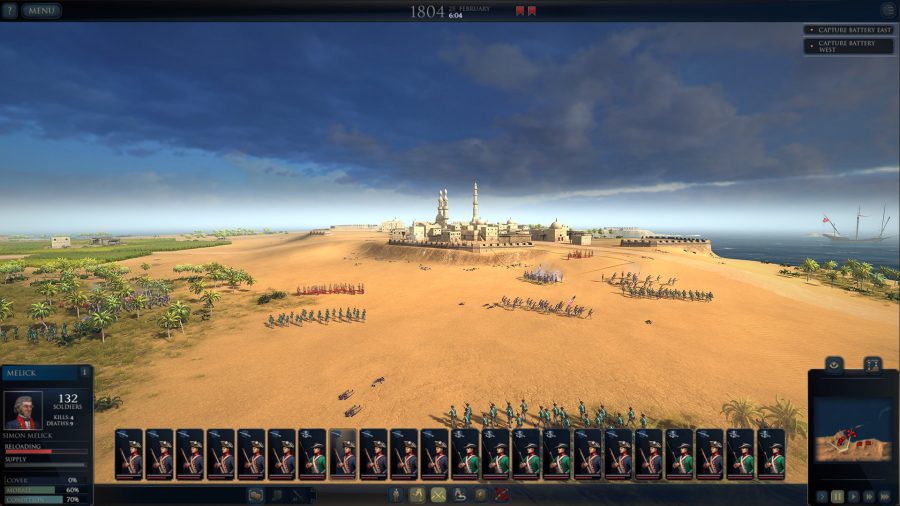 The game already has one expansion pack available: Ultimate Admiral: Age of Sail – Barbary War, which you currently get for free if you buy the main game on early access.

It features a sizeable-looking extra campaign that has you put together your own fleet and army (under the flag of the newly-independent USA) to take on pirates operating along the ‘Barbary Coast’ of North Africa.

Here’s the brass tacks: Barbary War promises 10 historical and speculative battles, the USS Constitution as a playable ship, and over 8 hours more gameplay. Not a bad freebie, if you’re already buying the main game – though individual mileage may vary when it comes to picking this DLC up post-release at the $14.98 price point.

Unable to find opponents for his Avalon Hill board game collection, Brian looked to his family's Atari 800 for the ultimate wargaming experience. He's still looking.