When the announcement of the return of squats to Warhammer 40k earlier this year turned out not to be an April Fool’s joke, but the real deal, there was obviously much rejoicing. These little guys were beloved by many way back in the earliest editions of the game, partly for adding a dash of levity with their biker gang trikes and weaponised trains, and partly for, essentially, being space dwarfs.

Squats disappeared from Warhammer 40k way back in the 90s, retconned out of existence, for a reason. What that reason was exactly is a little bit hazy, but the generally held belief, reinforced by an old forum post from designer James Jervis, is that they were deemed too silly, too much of a punchline, for what should have been a proud, noble people like its Warhammer Fantasy counterpart.

Bringing squats back leaves Games Workshop in a bit of a tricky spot. To succeed, without recreating the exact situation that made GW axe the squats in the first place, it must bend in two directions at once. it needs to simultaneously keep at least some of the things that drew fans to squats initially, but it must also firmly differentiate from the past, establishing a new look, and new lore for its new army. Hence, the Leagues of Votann still have ‘trikes’ of a sort, but they also have a new aesthetic, and a new, more sensible name. (We’ll see if it fully supplants squats anytime soon – looking at the Eldar/Aeldari, I’m thinking probably not.)

But has GW got the balance right? One thing that immediately struck me when the Leagues of Votann were revealed, was that not just the humour, but also the space dwarf aspect of the race had been toned down quite a bit. Not that I expected to see carbon copies of Warhammer Fantasy dwarfs, or more likely the sci-fi esque Age of Sigmar Kharadron Overlords – they needn’t all bristle with axes, ornate beards, padded armour, runes, flagons, and such. But compare the Leagues of Votann units to the very few Necromunda squat models released in 2019, and the difference is night and day. 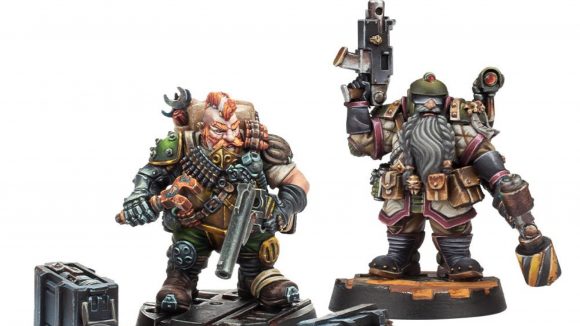 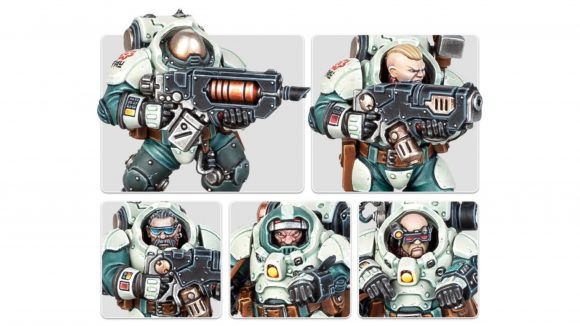 With Ragnir Gunnstein and Grendl Grendlsen, you could squint and still know that those are spacefaring dwarfs you’re looking at. Every detail, from the spanner, to the pouches to the gun, conveys that fact. With the Hearthkyn Warriors squad we’ve seen, the rounded, high-tech armour takes centre stage, and the dwarf influence is much, much more subtle.

I’ll admit, the move away from the squats’ Fantasy roots did cause me some initial disappointment, as a dwarf fan. But I also think the fact that the faction doesn’t neatly fit the ‘dwarfs, but in space’ box is why I’ve seen so many people online expressing fears about the Leagues of Votann muscling in on the design space or lore status of other factions – sometimes the AdMech, but especially the T’au. I think the clean white paint jobs we’ve seen the Leagues of Votann units done up in so far are partly to blame for that worry, but the high-tech equipment, and surprising (for 40k) pleasantness are not so easy to dismiss (though of course,  it’s still very early days).

Perhaps though, given that we weren’t ever likely to get the old squats anew, it is better for Games Workshop to strike off in an entirely new direction with the Leagues of Votann. After all, the Eldar and Orks in Warhammer 40k are pretty darn different from their Fantasy forebears. Would space dwarf squats now just be too similar to the Kharadron Overlords? Maybe, on the whole, subtle is better. Maybe focusing on the new elements that can be introduced with Leagues of Votann over the old aesthetic of the squats will, in the end, allow for a more unique addition to the Warhammer 40k universe. 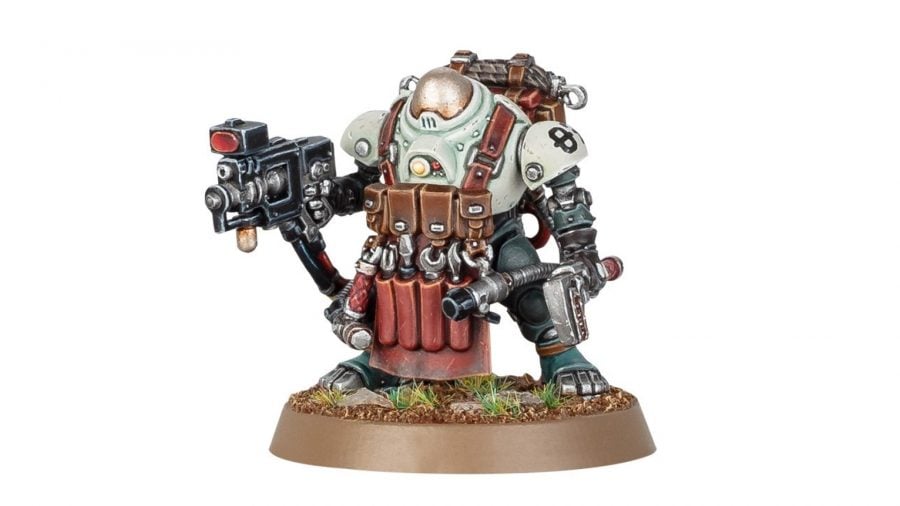 Not enough of the Leagues of Votann army has been revealed yet for us to build up a really rock solid picture of their vibe, but while the bubble-like Starcraft armour of the basic troops doesn’t do it for me, personally, there’s clearly lots of variety and a lot to love even in the handful of units we’ve seen so far.

The hovertrike, for instance, or sorry, ‘Hernkyn Pioneer’, introduces an intriguing element of dieselpunk to the faction, whereas the Ironkin is just plain cute. I don’t know, there’s simply something adorable about a faceless robot in an apron. If GW’s new vision of the Leagues of Votann is to replace squats with a bunch of sort-of-dwarfs  riding retro vehicles with robot pals, then truth be told, that’s absolutely fine by me. Provided new and interesting ideas replace the old ones, you won’t catch me complaining.

I may also be handwringing for no reason at all. It could be that Games Workshop has threaded the needle just right between the old and the new, keeping just enough of the old dwarf spirit, while also embracing an original take. Certainly some of the Leagues of Votann lore snippets we’ve seen give me that impression. Their worship of ancient supercomputers that house all their collected knowledge is a stroke of genius, a really neat reference to the ancestor worship of Warhammer Fantasy dwarfs. Also, those Ancestor Cores have got big frowny dwarf faces; I bet there are grudges aplenty in those memory banks, eh? 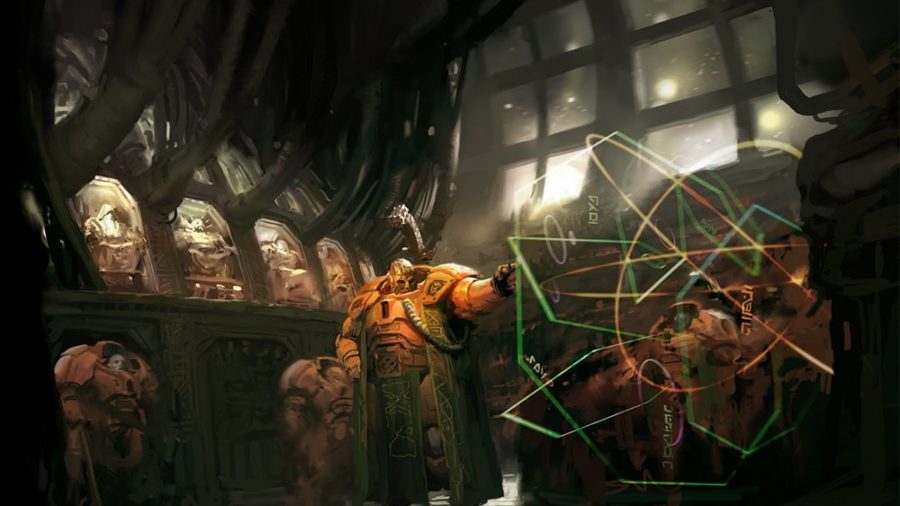 What’s more, while the actual models we’ve seen thus far don’t scream ‘space dwarf’, we’ve presumably only scratched the surface of their roster, and some of the artwork showing the Leagues of Votann off the battlefield kinda does. Their architecture seems angular, blocky, and covered in carvings, while a Leagues of Votann leader has been drawn wearing more traditionally dwarfy clothes. I’m certainly very keen to see what the Leagues of Votann’s named characters might look like.

A Warhammer Community article on the history of squats promises that the Leagues of Votann will include both “references and twists” on what came before. Fingers crossed, that means we’ll end up with a healthy mingling of past influences and grand new ideas.