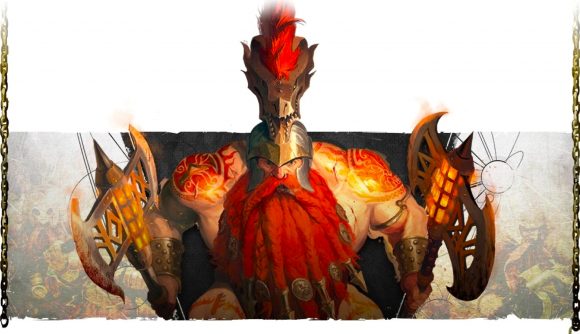 On Wednesday, Warhammer Community revealed some new rule adjustments for Warhammer: Age of Sigmar in the upcoming edition of Battletome: Fyreslayers. Battletomes for both Fyreslayers and Idoneth Deepkin go up for pre-order this weekend, but Games Workshop’s latest rules update pertains to the war-axe-wielding Duardin in particular.

‘Fierce Counter-attack’ is a newly named allegiance ability that was previously only usable by the Hermdar Lodge – now, though, all Fyreslayers can step up and have a go. Activate Fierce Counter-attack at the start of the enemy’s combat phase, and your Auric Hearthguard, Hearthguard Bezerkers, or Vulkite Bezerkers get the chance to strike first against a charging enemy. Satisfying stuff!

According to GW, the counter-attack can only succeed if the unit you target is ”within three” of an enemy unit that made a charge move in the same turn, and not within three” of any enemy units that have not made a charge move in the same turn” – so you’ll have to position your Fyreslayers carefully to get those first hits in on your foe. The ‘strike first’ effect that Fierce Counter-attack grants your unit applies ‘til the end of the phase, and it can only be used on each particular unit once per battle. 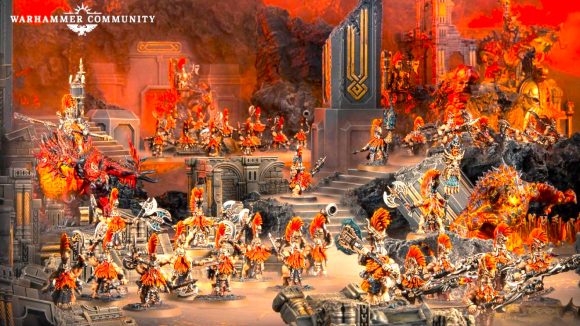 New to the Age of Sigmar? You can also find more fiery Fyreslayer titbits in our Age of Sigmar armies guide. Of course, if you’re a diehard Skaven or Soublight player, we’ve got you covered there too.