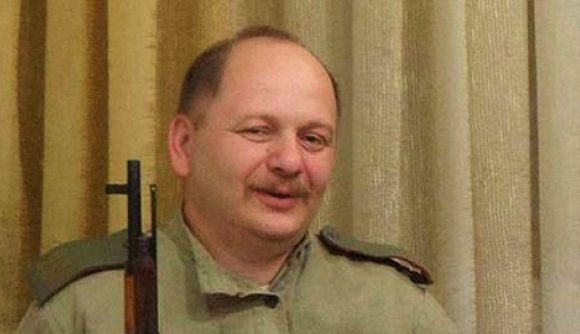 World of Tanks studio Wargaming – which is based in Belarus, but employs over 500 game developers in the Ukrainian capital Kyiv – has fired its creative director, Sergey Burkatovskiy, over social media statements made in support of Russia’s recent invasion of Ukraine, PC Gamer has reported.

In an article published on Friday, Russian website cyber-sports.ru quoted Burkatovskiy as saying (in a since-deleted Facebook post) that he was in support of “The operation of the Armed Forces of the Russian Federation, the DPR (Donetsk People’s Republic) and the LPR (Luhansk People’s Republic).” Wargaming reportedly told cyber-sports.ru that Burkatovskiy’s post “categorically does not coincide with the position of the company”.

On Saturday, just one day after his initial post, Burkatovskiy made a second Facebook post declaring he had “broke up with the VG”, along with an image he described as a “divorce bridge” – the VG apparently referring to his employer, Wargaming. Wargaming later confirmed to PC Gamer that Burkatovskiy had indeed been fired over his statements. “Sergey Burkatovskiy expressed his personal opinion on social media, which categorically does not reflect the position of the company. He has been let go and is no longer at the company,” a representative explained.

Since the Russian invasion of Ukraine began on February 24, Wargaming has pulled or edited adverts depicting convoys of military vehicles, given their proximity to real-world events, and has halted advertising in Ukraine altogether. It issued a statement via Twitter on Monday saying that “all available company resources” are being used to support the company’s Ukrainian workers, “providing them with alternate housing, early salary payments, additional funds to aid travel and relocation.” It also announced its decision to donate $1 million to the Ukrainian Red Cross.

We’ve been receiving many requests from our players and partners regarding our Persha Studio / Wargaming Kyiv employees.

Here is the most recent update. pic.twitter.com/zSmFW70xxr

Across the wargaming and tabletop landscape, companies are beginning to make efforts, both large and small, to show their support of Ukraine and/or their outrage at Russia’s aggression. Portal Games declared on Saturday it would donate the Polish sales of Mysterium (whose two designers are both Ukrainian) to aid humanitarian efforts in Ukraine, for example, and, on Monday, Scythe maker Stonemaier Games announced it was cutting ties with its Russian translation partners and waiving expenses owed by its Ukrainian ones.

Phalanx Games announced on Monday that it is donating all future profits of its post-Cold War board game, Europe Divided, to Polish Humanitarian Action, an NGO helping Ukrainian refugees in Poland. The move came after Phalanx provoked controversy by simulating the situation in Ukraine through the game in social posts made on February 23 – just one day before Russia launched its real-life, full-scale invasion.