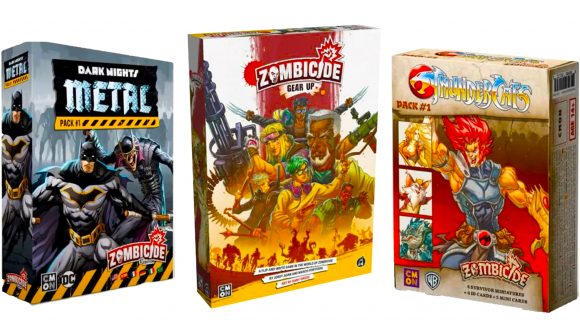 It’s Zombicide’s tenth anniversary this year, and publisher CMON hosted a livestream last night to discuss “the year of Zombicide”. The livestream revealed that these anniversary celebrations include the release of eight new character packs for classic characters Batman and the Thundercats, as well as Zombicide: Gear Up, a new “cooperative flip-and-write where players take the role of survivors fighting to clear hordes of zombies” in the mainline Zombicide universe.

While CMON teased a Thundercats crossover in a previous livestream, three character packs were officially revealed for Lion-O, Cheetara, and friends. They’ll reportedly be compatible with Zombicide: Black Plague. The five ‘Dark Nights Metal’ Batman character packs can be used for Zombicide 2E – but the CMON team explained that none of these packs are designed with cross-compatibility for other Zombicide games.

All the products revealed in the livestream will be “straight to retail” releases, although CMON is unable to specify the exact release dates at this time. The Thundercats mini releases are projected to be “middle of the year” and Batman packs are expected “later in the year”, according to CMON producer and designer Thiago Aranha. Zombicide: Gear Up’s release date, on the other hand, is expected sometime “towards the end of the year” according to its designer Jordy Adan.

If you’re looking for news about Army of the Dead: A Zombicide Game too, you’re in luck. Aranha says “the game is done” and “should come out early next year”. For those not yet infected by hype, this is a standalone Zombicide board game based on Zach Snyder’s 2021 zombie flick Army of the Dead. 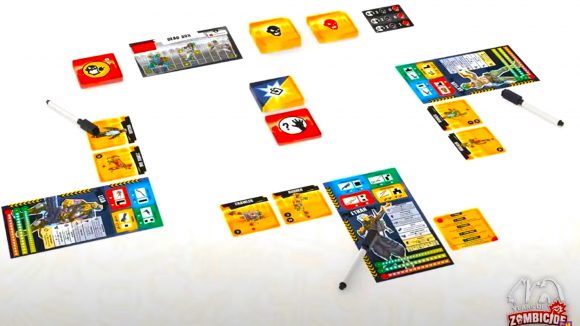 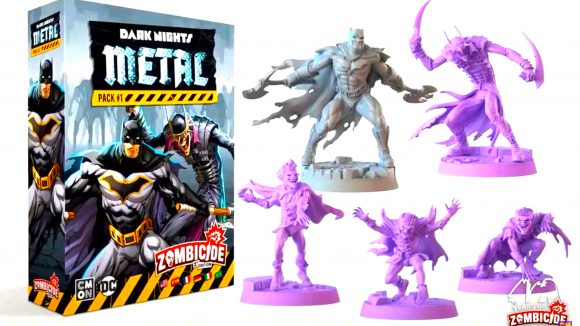 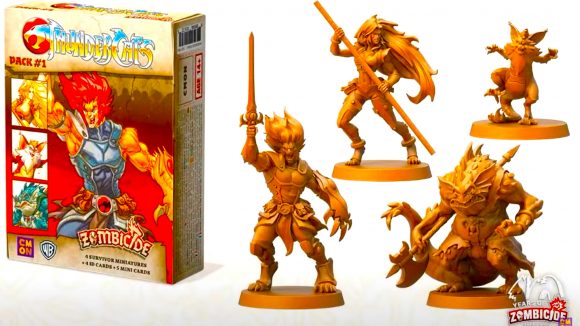 CMON has already seen massive Zombicide success with its Marvel Zombies Kickstarter. If you’re looking for recommendations, check out our guide to the best board games for adults in 2022.