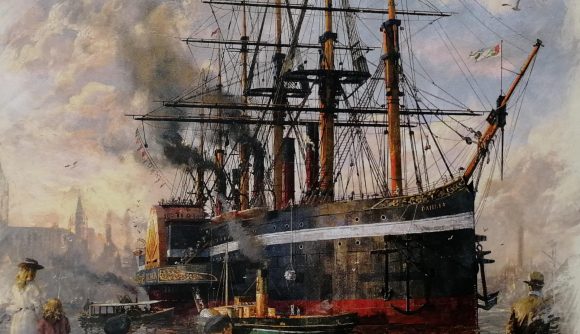 Less than a year after its release in Germany, and before its English-language version has even launched, an expansion is on the way for Anno 1800, the board game adaptation of the industrial, city-building videogame of the same name. Adding new regions, gameplay cards, win conditions, and mechanics, the expansion has already been designed, and will likely release next year.

Speaking to Wargamer, Martin Wallace, designer of Anno 1800, said the expansion will add three primary content elements: two new regions for players to explore, and an ‘invaders’ mechanic that has players defend against incoming forces. The new regions will span the Arctic and Enbesa (a fictional location inspired by the geography and colonial history of the Horn of Africa), both of which were added to the original videogame through DLC.

Wallace says the regions are interlinked and will add new resource-generating buildings to the game. They’ve also been designed to introduce subtle gameplay changes that shake up the pace and strategies that you might encounter as you play.

“If you go to the Arctic, it gives you points, and if you go there are a number of times it gives you access to special buildings,” Wallace says about the new region. “These give you ongoing benefits, so there’s a lot more engine building in the game.” 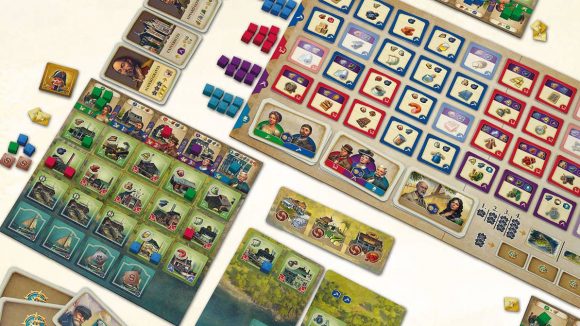 “But you can only get the special buildings with development points, so you have to go to Enbesa, the place that gives you these.”

The invaders, meanwhile, act as a means of tracking unrest in your settlement. As waves of attackers try to invade, you’ll need to knock them back to reduce the discontent boiling up among your people.

“The core game plays exactly the same way,” Wallace says about the add-on. “So it’s pretty easy to integrate the expansion into the main game; you’re not having to take things out of it.”

Wallace says he designed the expansion as a “gamer’s game” that “bumps the complexity level up, but really reduces the amount of randomness in the game.” 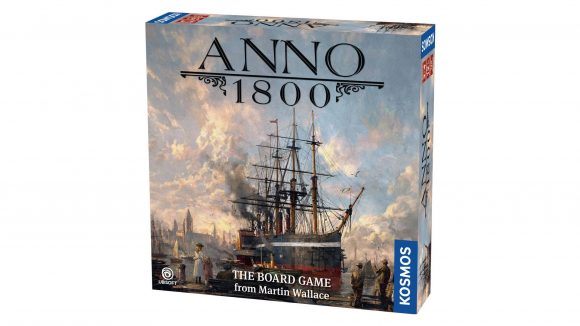 Moments in which cards were previously randomly allocated to players have been removed, and replaced with mechanics that grant players more choice in what cards they pick up. Similarly, every player will start with a similar set of cards instead of random draws, including the powerful ‘engineer’ card that previously granted lucky players early access to advanced technologies. These minor changes are intended to reduce the randomness of your initial hand, and remove luck from the game.

Wallace says the expansion has also been designed to respond to some criticisms made of Anno 1800, including the limited use of certain resources. An additional set of cards included in the expansion, which sit as a pool on the table rather than in players’ hands, grant you additional actions in return for mid-level resources that previously had little utility. 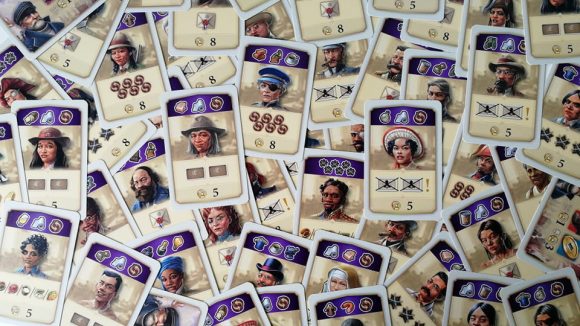 Similarly, the expansion will change Anno 1800’s endgame. Rather than trying to get rid of your cards to finish the game, you’ll be accumulating ‘endgame points’ through taking various actions.

“It changes the flow of the game,” Wallace says. “It doesn’t matter how many cards you’ve got in your hand, so you’re never worried about picking up. Having more cards in your hand is now a positive because it means you’ve got more options, since you can end the game in other ways.”

Wallace says he completed design work on the Anno 1800 expansion a couple of months ago and, after some delays to production timelines, expects it will release in 2022. 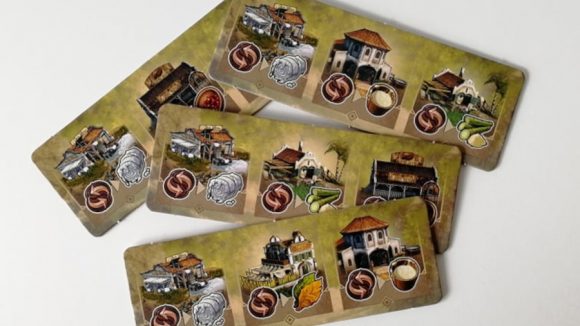 Adapted from the city-building videogame series of the same name, Anno 1800 is an economic management game that challenges you to develop an industrial base, accrue resources, and trade with fellow players to accelerate your growth. The English-language version is currently scheduled to release in August this year.

Martin Wallace is something of a veteran of the board game industry, having designed Brass: Lancashire and co-designed its acclaimed follow-up Brass: Birmingham. He’s also created Discworld: Ankh-Morpork, based on Terry Pratchett’s series of fantasy novels, and the recently-released, deck-building space game Rocketman.

Keep an eye out for our extended interview with Wallace, or, if you just can’t wait for more tabletop escapades, did into our list of the best board games, and find some inspiration.