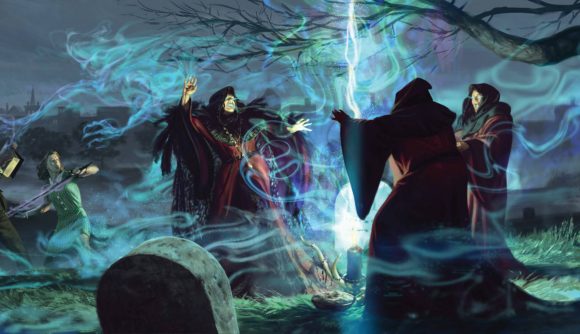 Arkham Horror: The Card Game is embracing the occult in its new expansion. Announced by publisher Fantasy Flight in a blog post yesterday, Return to the Circle Undone is the latest upgrade expansion for the Lovecraftian living card game, remixing 2019’s The Circle Undone expansion with new scenario cards, encounters, player cards, monsters, and a new deck of 22 full-sized tarot cards to shake up the campaign. A release date and pricing are yet to be announced, but pre-orders will be available soon.

As an upgrade expansion, Return to the Circle Undone reworks the original Circle Undone expansion campaign with supplementary content and upgraded versions of its original cards, designed to tweak its story, present new mysteries for investigators to solve, and up the difficulty of your eldritch investigations.

The most tantalising addition of the expansion is a deck of 22 full-sized tarot cards. An optional mechanic designed to randomly influence the difficulty of a scenario or campaign, the tarot cards can be played through performing ‘card readings’ in-game, and provide passive effects on your investigators. Each card has a positive and a negative buff, that may radically alter the fortune of your characters’ throughout the scenario.

The beneficial side of Lovers VI, for example, provides an ally for each investigator at the beginning of the scenario. But if fortune doesn’t smile upon you, you’ll have to remove an ally from your deck. Similarly, Strength VIII may allow each investigator to play an asset at a lower cost, but its detrimental side prevents all investigators from playing any assets during the game’s first round. 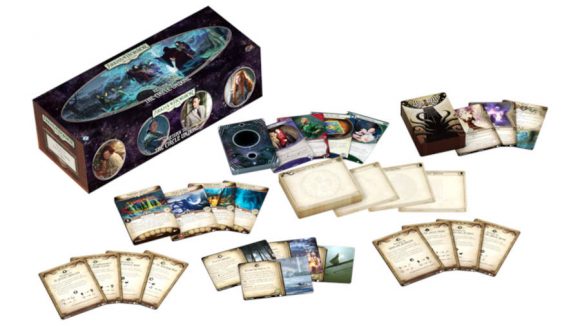 Alongside these randomised modifiers come the usual slew of additional game cards. Expect to encounter new monsters – including the realm-jumping Nightgaunt Steed – and navigate additional obstacles – such as troublesome Senator Nathaniel Rhodes. The expansion also adds new assets for your investigator to use in their pursuit of dark forces, including tarot-slot assets such as The Hierophant V, which buffs your arcane slots, and The Star XVII, which boosts the health and sanity of your investigator.

You’ll need a copy of The Circle Undone expansion and the Arkham Horror: The Card Game Core Set to play this upgrade expansion. 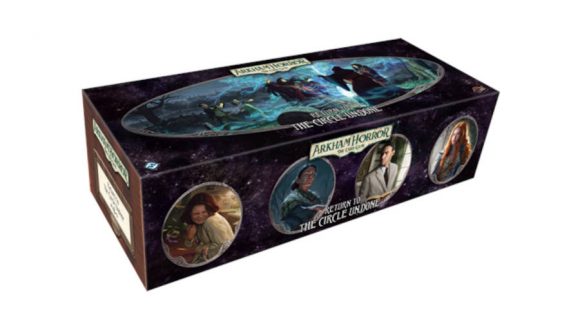 Arkham Horror: The Card Game is part of Fantasy Flight’s Arkham Horror Files universe, and a spin-off from the Arkham Horror board game. Inspired by the cosmic horror of the novels of HP Lovecraft, it sees players take on the role of investigators, who must examine mysterious happenings in the city of Arkham, fight monsters, and stop the infernal schemes of dark syndicates who would have the world-shattering Old Ones return. Although playable cooperatively, we called it one of the best solo board games for its character-focused narrative gameplay.

In the mood for a rip-roaring adventure, but not keen on the Lovecraftian aesthetic? Have a read of our guide to the best board games for adults to see what else takes your fancy.