Cooperative Lovecraftian board game Arkham Horror: Third Edition is getting its third expansion, taking the investigative adventure to the depths of the Underworld. Announced by publisher Fantasy Flight in a blog post yesterday, Secrets of the Order looks to be similar in size to the game’s previous add-ons, bringing additional content in a new adventure of eldritch mystique. It’s slated for release later this year.

The expansion includes three new scenarios for players to investigate, touching on all the usual eldritch mysticism typical of the Lovecraftian board game series. Expect to encounter secret cultists and restless spirits, as you journey to new locations of the cursed city of Arkham – as well as the monster-filled Underworld itself – as you attempt to thwart the schemes of the secretive tentacle-worshipping Order of the Silver Twilight.

Fantasy Flight says Secrets of the Order will include the usual bundle of additional content: 130 new encounter and event cards, additional monsters to fight (or flee from, depending on how many eyes and rows of teeth they bare), a new type of map tile, and new condition cards – which act as special abilities that can drastically and permanently alter the skills of your characters throughout the adventure.

Four new playable investigators will also be at your disposal, including soldier Mark Harrigan and flying ace Winifred Habbamock, although the star of the show is undoubtedly occultist-scientist Agatha Crane. Learned, logical, and possessed of a growing appreciation for the arcane secrets of the spiritual realm, Crane plays as an adept spellcaster, and is well-suited to using combo ability cards for additional clues. 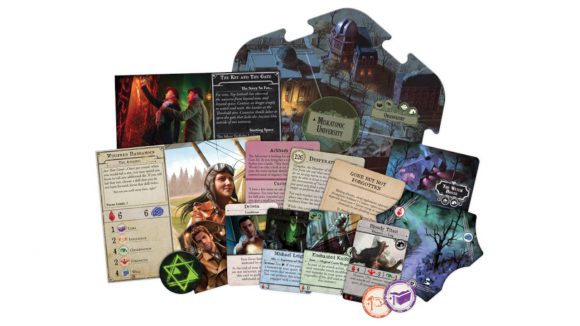 But you won’t be the only one with new get-ups, as the expansion also introduces a ‘shrouded’ ability to the monsters you’ll encounter. Hiding their stats – including attributes, abilities, and health – from your party when first encountered, you’ll need to engage or exhaust these monsters before they reveal their full form to you.

Fantasy Flight says these additional monsters will be even harder to pin than the usual batch of terrifying horrors you encounter, and might have you thinking twice before violently assaulting them – lest you accidentally harm a shrouded monster that’s later revealed to be an ally. 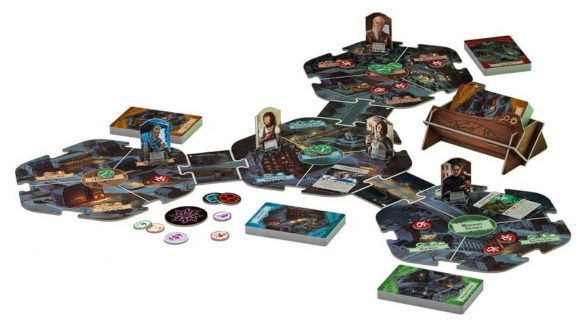 Arkham Horror has become something of a classic cooperative adventure board game, mixing light RPG elements with strong thematic narratives. The series was republished in its third edition in 2018, with the base game designed by Mansions of Madness and Eldritch Horror’s co-designer Nikki Valens.

Fantasy Flight have previously released two expansions to the current edition, 2019’s Dead of Night, and 2020’s Under Dark Waves.

Keen to fill your shelves with more rollicking board game adventures? Take a peek at our guide to the best board games for adults.