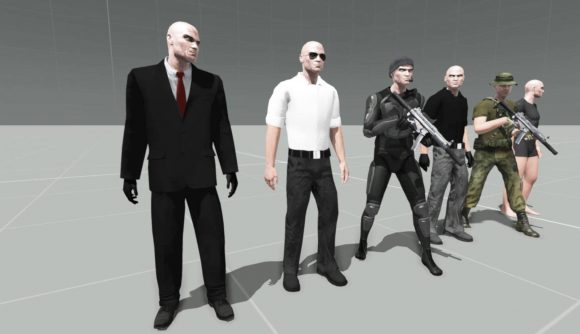 New Arma 3 mod Max Hitman  has you switch professions for the day, ditching the helmet and camouflage to become the infamous, barcode-headed killer and star of Eidos / Square Enix’s Hitman videogame series. Released on February 7 and available to download now, the mod introduces six playable Agent 47 character models, with unique skills that ape the stealth gameplay of the Hitman games – letting you play out Hitman’s clandestine assassination fantasy within the unforgiving realism of Arma 3’s military simulation (mil-sim) environment.

The added characters can perform special abilities that imitate many of Agent 47’s much-loved combat techniques. Silently garrotte your enemies to dispatch them when no weapons come to hand, before (in typical Agent 47 fashion) taking their uniform as a disguise and waltzing around whatever military compound you’re infiltrating in a (not) very convincing ruse.

In-keeping with his stealth operations, Agent 47 can also hide enemy bodies – although not in the usual way of dragging the unconscious or lifeless corpse to a cupboard somewhere. Instead, Max Hitman is a little more rudimentary in its body-hiding, with corpses sinking into the floor upon Agent 47’s command, never to be seen again.

Agent 47 also comes with some improved stealth abilities and will remain unseen until startling an enemy at close proximity, and comes equipped with throwing knives, mimicking Agent 47’s tendency to turn any object that surrounds him into a weapon.

If nothing else, Agent 47 is famous for his subtle disguises, frequently switching costumes to smoothly blend with whoever surrounds him. With that in mind, Max Hitman includes six Agent 47 character models, each sporting different attire. 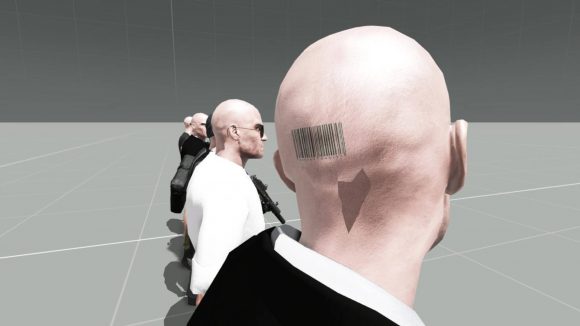 Choose between Agent 47’s classic black suit and blood-red tie combo, full combat body armour, head-to-toe military khaki, two casual shirt and trouser outfits, or strip him down to his underpants, if you revel in the chilly air of the hunt. And, of course, each comes with the iconic barcode stamped on the back of their head.

Or, for those feeling even more adventurous, they’ve released an A-Team character mod and a horror character mod, including everyone’s favourite slasher baddies – Freddy Krueger, Mike Meyers, and Jason Voorhees.

Keen to optimise Arma 3’s mil sim gameplay, but not enamoured with the idea of introducing a bald, stone-colder killer to the mix? Read our guide to the best Arma 3 mods to find out what other alterations to make.