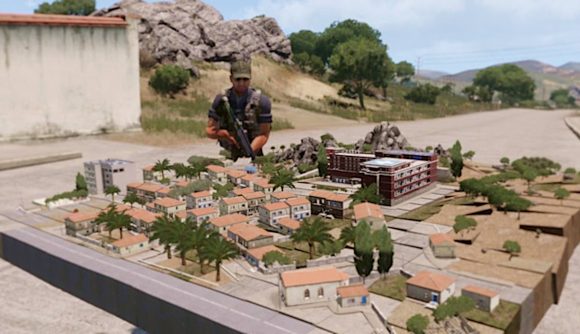 Even the most adept Arma 3 operatives rely on well-rehearsed combat planning for the swift execution of their objectives.  And what better way to outline your assault and design your squad’s advance than through that staple of traditional military strategising – a miniatures tabletop? That’s exactly what recently-released Arma 3 mod Seb’s Briefing Table provides – transforming any Arma 3 map into an in-game, minified tabletop version of itself.

Used in Arma 3’s Eden editor (the game’s in-built scenario editor), any map area can be miniaturised. All buildings, roads, terrain, and other topographical features populating the area are turned into mini versions of themselves, and arranged in proportion to give an accurate representation of the battlefield. The mod adds custom scripting functions that all you to select which area of the map to miniaturise, alongside additional commands to select the resolution of the table, the scale of its minis, the presence of terrain, and its height.

Place down a table, use the editor’s area marker to select the region of the map you’d like to miniaturise, and follow the mod’s scripting functions, as outlined in its description, to whip up a minified tabletop representation for all your tactical needs.

If you’d rather pretend you’re in some Kubrick-esque war room of gargantuan size, scale your miniature creation to fit across multiple tables. And if you’re keen for your squad not see something that’s intended to be revealed later in their mission, opt to ignore any of the scenario’s hidden objects in the miniaturisation process, keeping their minis hidden from sight. 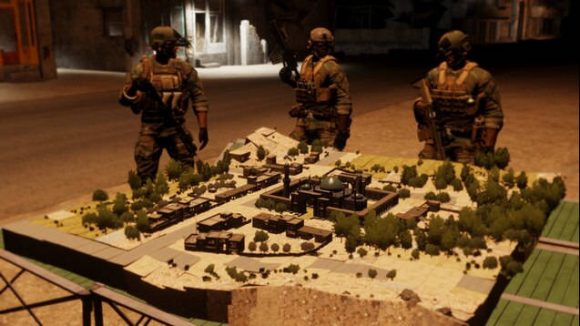 Oh, and the mod also tackles that one pet-peeve of all tabletop gamers -packing up. A scripting function allows you to clear any table in one go, ready for another miniature model to take its place.

Peculiarly, not only are the visual assets replicated, but so are their environmental sounds. So expect to hear the hum of air conditioners and the chirps of crickets coming from your miniatures, or use another included script to keep them silent.

Compatible across multiplayer, the Seb’s Briefing Table also includes a standalone mission template, allowing you to use the mod without your fellow players having to install it. It’s also intended as a demonstration of the mod’s features, showing you how to use them. 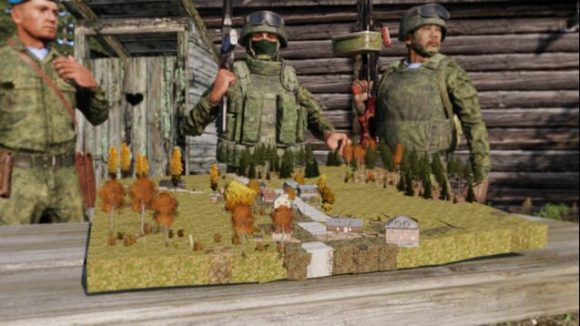 But don’t expect all in-game objects to appear on the tabletop. Although static assets, such as buildings, walls, trees, and roads, will be scaled, vehicles and units won’t get the mini treatment. Even some smaller assets won’t me miniaturised, to keep lag to a minimum, according to the mod’s description.

If the idea of optimising tactical military simulations has piqued your interest, read our guide to the best Arma 3 mods, to find out where next to take your Arma alterations.