Blood Bowl is a classic for a reason. It made a surprising comeback in 2016 and will see another new edition in the near future. This Warhammer Fantasy spinoff features iconic factions such as Orcs and Dwarves participating in a brutal game blending rugby and American football. It’s a hell of a lot of fun and has endured as Games Workshop’s premiere sports title for decades – that is, until now.

Blitz Bowl has eclipsed its predecessor. The first edition of this manic 30 minute sibling was originally released in 2018 to much acclaim. In order to achieve a leaner and snappier presentation it stripped away a great deal such as the different zones of the field, the constant table rolling, and even the core press-your-luck action system. Yet somehow it retained the soul of Blood Bowl.

The biggest change is, of course, in that central action system. This is the original game’s most clever mechanism, allowing you to continually activate players on the field and string together lengthy turns as long as you don’t fail at whatever you are attempting. As soon as you rolled poorly – such as missing a block or pass – it’s considered a ‘turnover’ and your opponent then begins their round.

What this does is incentivise you to perform all of your safer maneuvers first, simple things such as standing up knocked over players and direct movements. It naturally presents a tempo of continuous light action with crescendos of risky play. There’s an element of gambling and it can seize a hold of your heart as those moments of drama payout. 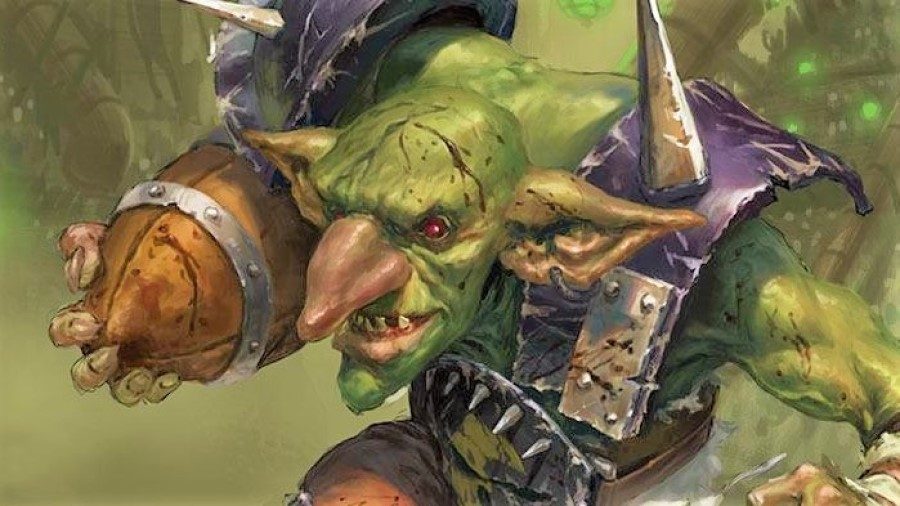 This is the biggest sacrifice in Blitz Bowl. This young-in-the-tooth kin transitioned to alternating sequences of three actions per player. You may even activate the same figure twice as long as they don’t perform each action more than once in a turn.

Quite simply, this system highlights this game’s strengths and weaknesses on the larger scale. It’s less strategic and contemplative than its predecessor, requiring less forward planning and less static moments of furrowed brows as you weigh odds and options.

But it’s dynamic as hell, offering a more constant flow of action between the sides and still forcing tough tactical considerations. The velocity in player turns fuels the shorter playtime and affords more rules heft in other areas of the design. Most importantly, it still feels like Blood Bowl overall, due to the flow of player movement and gripping atmosphere. 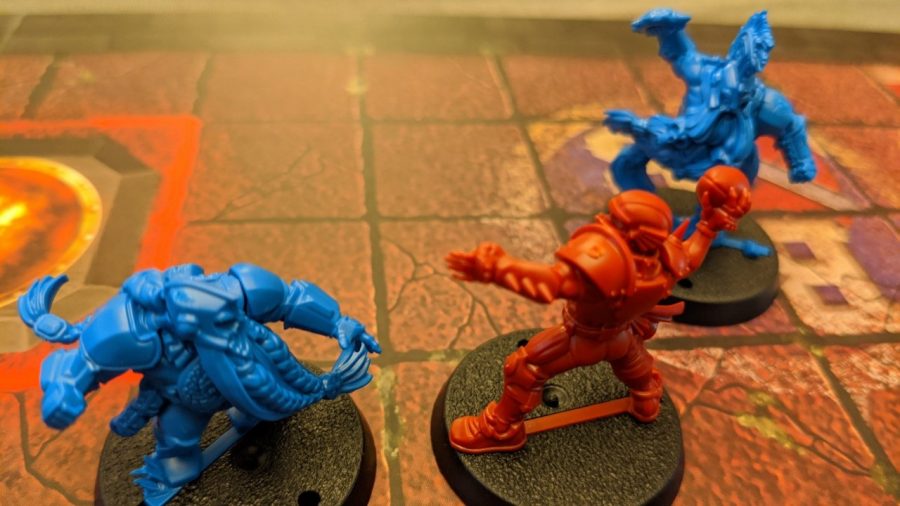 The edges of the design where detail is afforded provide the highlight moments. Individual miniatures still possess traits and special abilities, mixing up the overlapping effects on the pitch and providing a touch of strategy coupled with uncertainty. Each team possesses a strong sense of character–a hallmark of Games Workshop design–and in a particularly interesting development, every single team has their rules and cards included in the core game. You can expand your options by picking up Blitz Bowl specific team boxes, or by grabbing the Blood Bowl miniature sets and utilizing just half of the included figures.

Out for blood? Read our Blood Bowl Second Season review

The most interesting divergence between the two games is their method for scoring points. Both reward traditional touchdowns which remain a large focus of play, but Blitz Bowl throws a substantial twist in the engine by including objectives. This deck of cards provides a small rotating set of global goals that both players can strive for. They include requirements such as knocking down figures and sowing chaos. These micro-options afford momentary shifts in tactics and really mix up your focus during play. 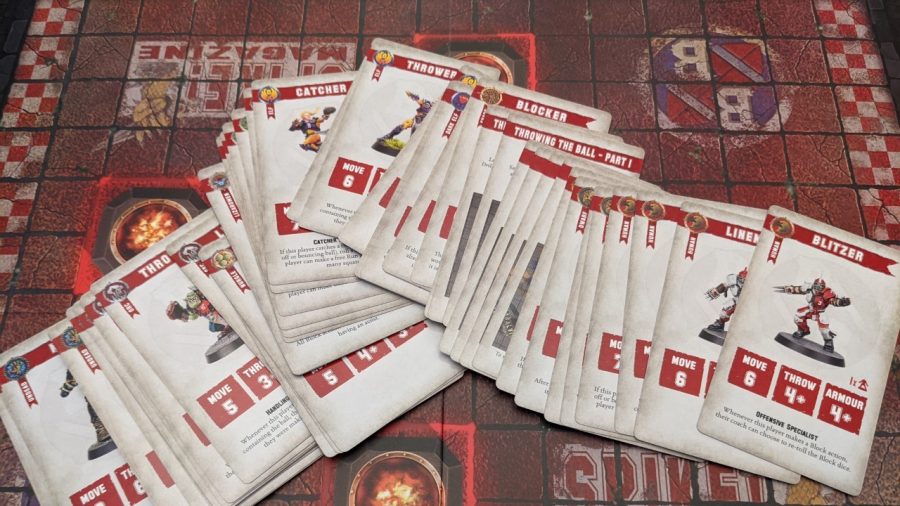 What’s particularly wild is that accomplishing one of these objectives doesn’t simply award points, it also allows you to pick up the card and flip it over to reveal a one time special effect. You can hold this option and use it at an opportune time to gain extra actions or boost specific rolls. It’s another small yet significant element which nudges the dynamic nature of the game forward.

And we have even a stronger push towards that delicious chaos in the newest edition of Blitz Bowl. “Season 2” is pretty much exactly the same ruleset with the delightful edition of special rules for different balls. As a ball enters the pitch you draw a random card which determines the effect associated. The deck is composed of team specific abilities so you get flavor tailored for the specific matchup. This is a wonderful inclusion because it fuels that trait of energetic color the Warhammer world is happily bloated with.

This new release doesn’t stop there. It ups the ante considerably by also tossing in a fresh little rule we have to discuss; now, when a team begins the turn with possession of a ball and fails to score any points, a new ball is thrust onto the field. Yes, now Blitz Bowl features multiple balls in play. 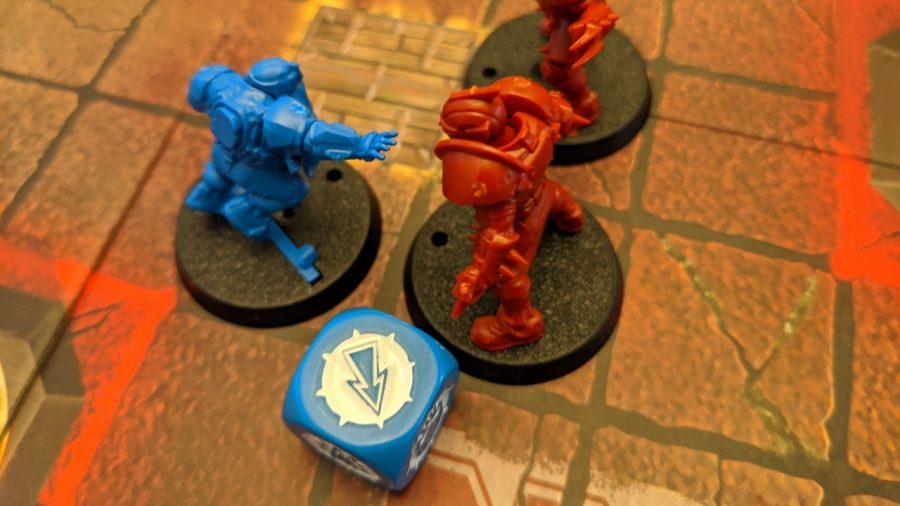 Wild. That’s the only word I can use to describe this. With such a simple new rule the game is completely opened up into sheer chaos. We have multiple balls flying through the air, people being tackled and crushed all over the place, and just pure mayhem being unleashed. It’s absolutely beautiful.

This shift in season two towards injecting life into the ball mechanics has really pushed this game beyond its predecessor. There’s a direct comparison here to Warhammer Underworlds in that it feels like its own fully developed product which offers a unique and satisfying experience isolated from a larger flagship title. The situations this puts you in are absolutely bonkers at times which helps to solidify a memorable experience. That in and of itself is a pretty substantial achievement for a game with such an abbreviated playtime. 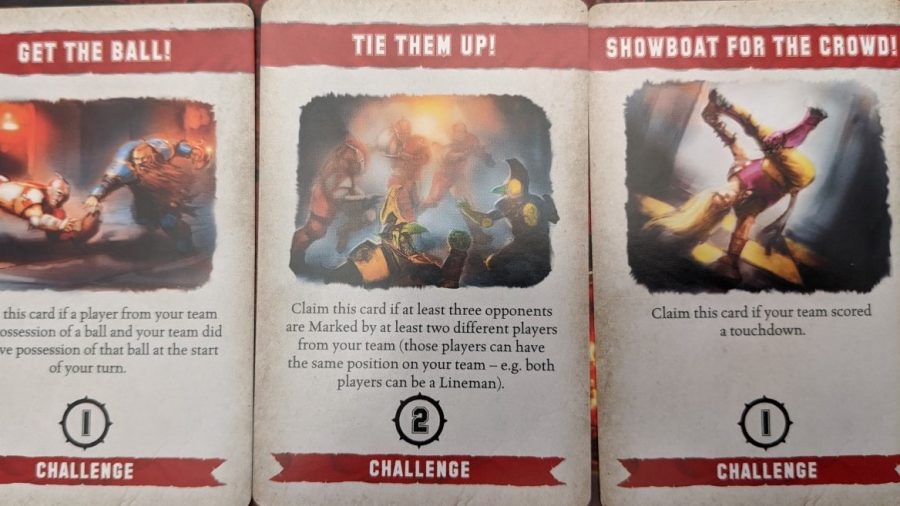 That element of zaniness is ultimately the real tipping point. By stoking the creative dynamism this game aligns itself more strongly with Warhammer’s signature motif. It’s full of the brand vitality and aggressiveness that we’ve all come to love. It’s all about smiles and trash talking taken to wonderful excess. It’s Warhammer through and through.

The only major concern here is longevity. It’s natural to be worried about the endurance of a release, particularly one that has been offered in a finished state and may gain no further product support. Possibly alleviating some of this worry is the other sneaky rules addition which is that of more fully formed league play. There’s an altogether new subsystem of coach abilities which you acquire over the length of a season. This adds yet another nudge of dynamism as many of these once per game abilities shift the flow of play and allow for heightened dramatic action. Like everything else found within this relatively inexpensive box, there’s just enough meat with just enough flavor to stoke excitement and forge a connection.

While Blitz Bowl’s abbreviated carnage may not appeal to players seeking a more patient and thoughtful experience, there’s enough juice here to light a fire in those seeking a fantastic 30 minute affair which will leave you with a big toothy grin on your face. This may not receive a near endless parade of new content, but it will endure because at its core, Blitz Bowl is the type of game that may someday be labelled a classic.

When this article was first published on October 20, 2020, Blitz Bowl Season 2 was available in the US, Canada and Germany.