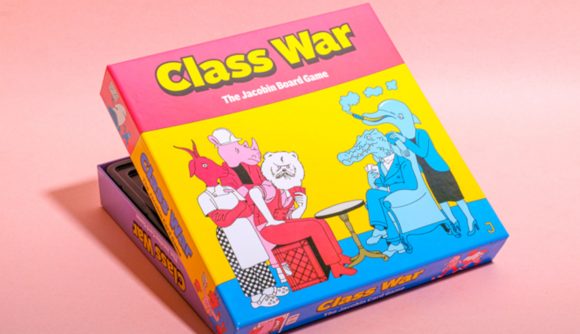 Jacobin, the largest socialist magazine in the United States, has designed and crowdfunded its own ‘Marxist board game’. Released on Kickstarter last week, Class War: The Jacobin Board Game moves the conflict between proletariat and bourgeoisie to the tabletop, and has already surpassed its $40,000 / £29,700 crowdfunding goal.

Described as a two-player asymmetric strategy game, Class War divides players into two opposing sides – Workers and Capitalists – who must compete for the hegemony of an unstable constitutional democracy by playing cards and rolling dice. You’ll take turns advancing your cause by enacting Tactics cards, building new Workplaces, and raising new Figures to lead your movement, in the hope of eventually electing one of your leaders to office, or passing a full program of Demands.

On the Workers side, you’ll be able to instigate mass rallies, call for a general strike, organise socialist reading groups, and employ labour organisers to advance unionisation, with the goal of instituting free healthcare and a wealth tax, among other demands. The Capitalists, meanwhile, can undermine the Workers’ advances by hiring scabs and employing TV Networks to propagandise their ideology, as well as relying on the power of the wealthy Buff Jezos and Nelson Krockafeller for support. They’ll be trying to push through tax breaks and outlaw strikes, alongside other policy reforms.

According to the game’s Kickstarter campaign page, despite its overt political theme, Class War “leaves all moralising at the door”. Its crowdfunding page is littered with tongue-in-cheek descriptions, including a pastiche quote from the godfather of neoliberal capitalism Milton Friedman expressing his love for the game. There’s also this chestnut:

“Has Monopoly night lost its charm?,” the Class War Kickstarter page reads. “Do your friends head for the door when you reach for the 12-sided die? Ever play Magic: The Gathering and think, ‘If only, instead of tapping mana, I could tap the righteous anger of the proletariat’? Neither have we. But now you can!” 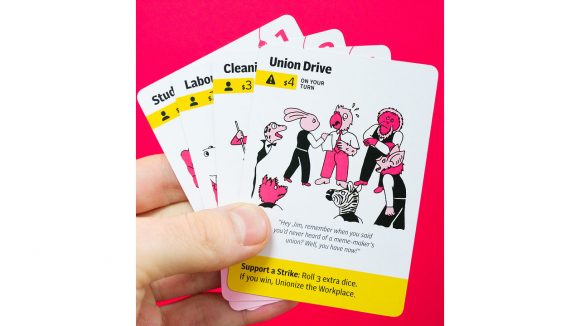 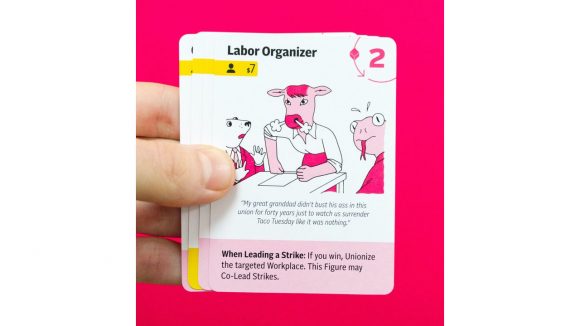 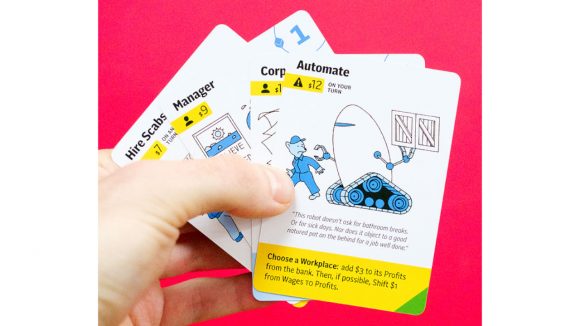 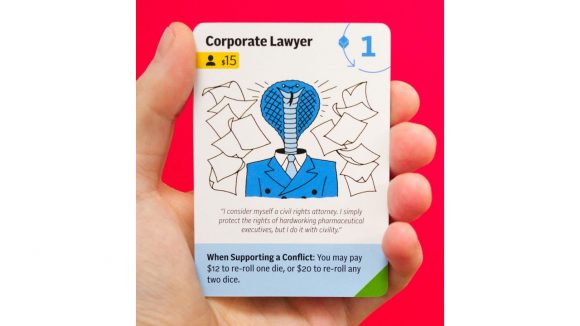 This isn’t the first time the revolutionary cause has made its way to the tabletop. On social media, some have drawn comparisons between this game and Avalon Hill’s 1978 board game Class Struggle, which also pitted players against each other as Workers and Capitalists. Rolling dice to move around a board while drawing ‘chance’ cards, the game was vaguely comparable to Monopoly in its basic player-facing system and ultimately ended with a “transition to socialism or regression into barbarism”.

Class War: The Jacobin Board Game can be backed on Kickstarter for $35 / £26. Among the other pledge tiers available, the ‘Hero of Labour’ tier will net you five copies of the game, a year’s subscription to Jacobin, and some of the magazine’s published literature for $250 / £186.

While you wait to lead the proletariat to social emancipation, check out our pick of the best board games to play in 2021, or the best strategy board games if you fancy yourself a budding tactician.