As far as sci-fi, squad-based miniature wargames go, there’s one sheriff in town – Warhammer 40k: Kill Team. It’s well-established, it recently relaunched with a new ruleset, and it’s got the Games Workshop name backing it up. Kill Team might not have invented the genre, but it’s certainly come to dominate it, and Deadzone probably won’t take that crown away. For the right audience, though, it might well deserve to.

The latest boxed set release from Kings of War-makers Mantic Games, the Deadzone two-player starter set is also the launch product for the game’s third edition. If you know Kill Team, you’ll get the basic idea straight away: two players each field a handful of elite operatives to battle over a small, tactically-oriented map. There’s lots of terrain to skulk behind, force lists to build, and objectives to capture, alongside shooting everything that you see. It even uses the races from Mantic Games’ full-on skirmish wargame, Warpath, as its basis.

But to call Deadzone a simple clone of Kill Team would do it a huge disservice, and it differs in a few very substantive ways. Most obviously, the game is played on a gridded battlemap, in which movement distance and range are calculated by counting the square spaces between miniatures, rather than measuring their physical distance using a tape measure. It’s a familiar design, but one that’s crucial to Deadzone’s ease of entry.

More excitingly, Deadzone is an incredibly vertical game. The starter set comes packed with a heap of modular walls and floor tiles that can be constructed into various buildings and obstacles, and that modularity isn’t for show. You’ll constantly be moving up and down tiers, ducking into buildings for added cover, or running around corners to lure your opponent into an opportune firing range. Maps are busy, and the setup of the terrain will hugely impact your strategies. 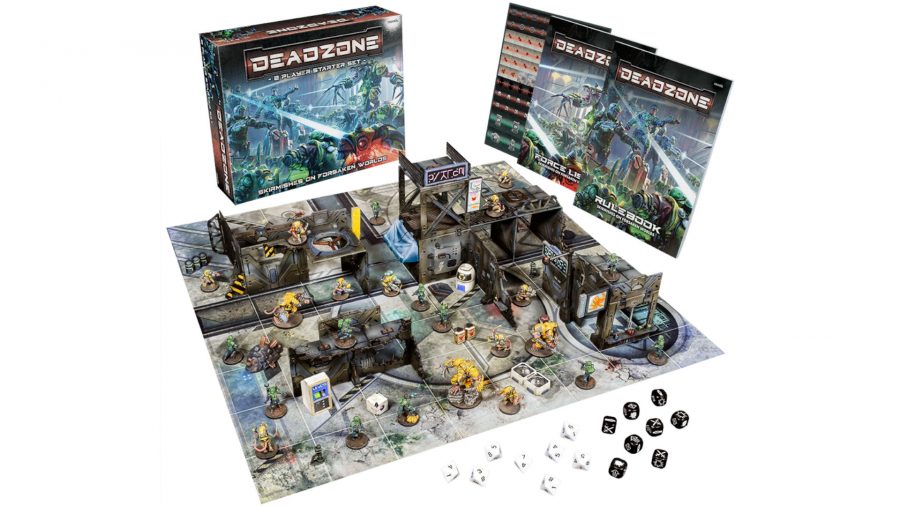 Most importantly of all, though, Deadzone is remarkably straightforward. Shooting involves rolling a few dice and comparing their scores to your unit’s stats, while contested rolls amount to both players comparing their dice rolls for the number of successes. In some cases, there’s armour ratings to consider, a long list of keyword abilities that might crop up, and modifiers (such as shooting from higher ground or having unobstructed line of sight) that will add extra dice to your rolls – but nothing is overly taxing. There’s a momentum to the game, which keeps its pace high and its downtime minimal. You’ll rarely, if ever, find yourself stuck waiting while you hash out the rules.

Anyone who’s familiar with other squad-based skirmishers will be up and running within minutes, while those who are totally new to the genre won’t be thumbing through the rulebook for long before they get into the swing of things. There’s a few more situational rules to blitz through as you encounter them, such as moving into squares occupied by enemy minis, or identifying passable terrain – but the rulebook is so clear and concise that these won’t derail your fun.

The included introductory scenario does a lovely job of easing you into the game. Played on a smaller map, it tells you exactly what units to use, how to set up the terrain, and even has the unit profiles printed around the map’s edge, saving you having to rummage through the thick ‘Force List’ book for each mini’s stat every time you perform an action. It’s a minor addition, but speaks to the game’s deliberate and refreshing attempt to cater to new hobbyists. 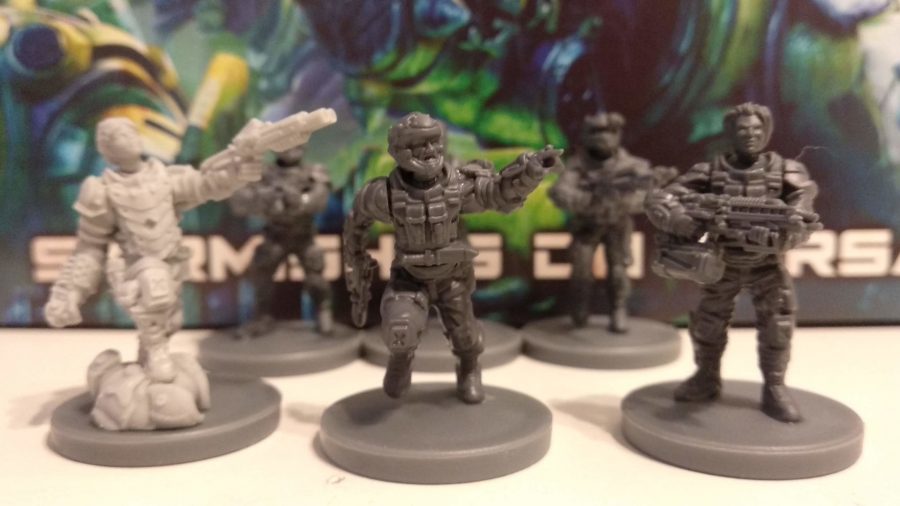 What’s a little irritating, then, is the starter set’s lack of hobby guidance when it comes to building the miniatures. A brief ‘getting started’ page spread shows what’s what on the sprues, and the various troops options available – do you want your Veer-myn Nightmare to be holding a heavy chem thrower or two combat drills? – but there’s nothing to suggest exactly what you should build.

I was left wondering whether I was making a huge tactical blunder by equipping my squad of GCPS troopers with another laser rifle instead of a pistol, and – in the absence of any recommended build options – the generous selection of customisable gear appeared little more than intimidating to a total novice, like me. As it turns out, I suspect gear choice doesn’t matter all that much for these two introductory forces. The bullet-slugging GCPS and the melee-adept Veer-myn felt comfortably balanced when playing with my speedily-built forces. But some pre-emptive guidance to explain this would have saved some frustration. 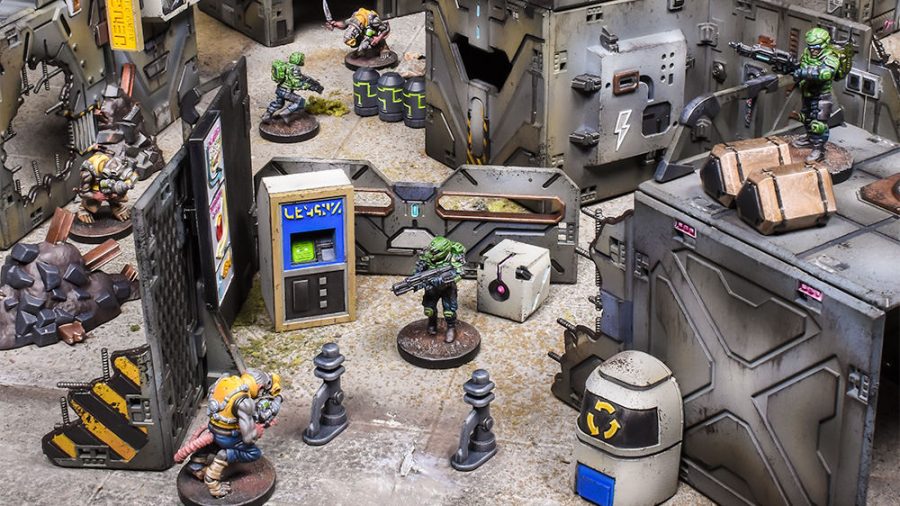 The miniatures themselves are fantastic. As Mantic has shown with its Kings of War minis, it knows how to make a lovely sculpt. The Veer-myn are all gross, muscular, bipedal rats, decked out in gas masks. The GCPS, meanwhile, might not sport the most original designs for gun-toting space marines, but their room for creative multi-posing surely makes up for it.

But the bits of plastic that most impressed me in this box were the modular terrain pieces. Terrain is essential to the game’s flow, and the ability to completely change the makeup of the board every time you play is something of a masterstroke by Mantic. It’s little effort to pop apart some walls to build a new structure, or disassemble a tower to create a rough patch of waist-high obstacles in its place. It helps, too, that there’s a lot of variety to each piece, and a fair few accessories to dot about them.

Again, it feeds into the ease of access that’s at the heart of Deadzone. It’s a joy to pick up, and will have you running around the narrow alleyways and dilapidated industrial buildings of the future in no time. Look past the starter set’s lack of hobby guidance and you’re in for a treat. Kill Team might be top dog, but for those after a quicker entry that’s no less enjoyable, Deadzone is a fantastic pick.