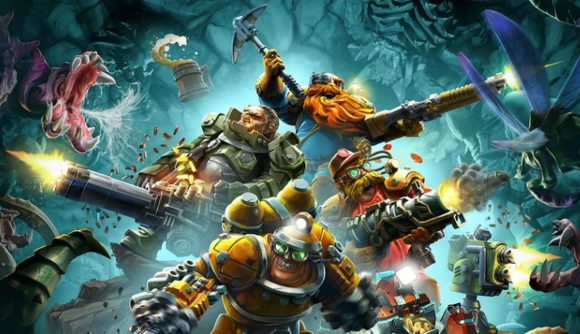 MOOD Publishing had set a target of raising $227,600 / £167,600, but blew past that on day one, receiving $1.6 million / £1.2 million in pledges from over 11,000 backers at time of writing. The Kickstarter lists December 2022 as the date when backers will receive their boxes, but makes no mention of a retail release. It seems MOOD Publishing’s stretch goals were not stretchy enough, as it’s flown by all 13 of them, from stalagmite minis to a sentry gun model, within 24 hours. Currently only the Kickstarter’s ‘Social’ goal (relying on hitting a target number of Facebook followers, not cash pledges) remains locked: a miniature for the Glyphid Warden monster.

Deep Rock Galactic: The Board Game’s setting, characters, and enemies will be familiar to fans of the video game. Players are dwarven space miners, digging for riches in the caves of dangerous planet Hoxxes IV. One to four players will work together, each taking on a different role – either the Driller, the Scout, the Gunner, or the Engineer – and battling various space beasts, called ‘glyphids’, to succeed.

In an update celebrating the success of the Kickstarter launch, MOOD Publishing promised it would release a gameplay video next week, so those interested can “see the full gameplay then and decide if it’s something for you or not.” 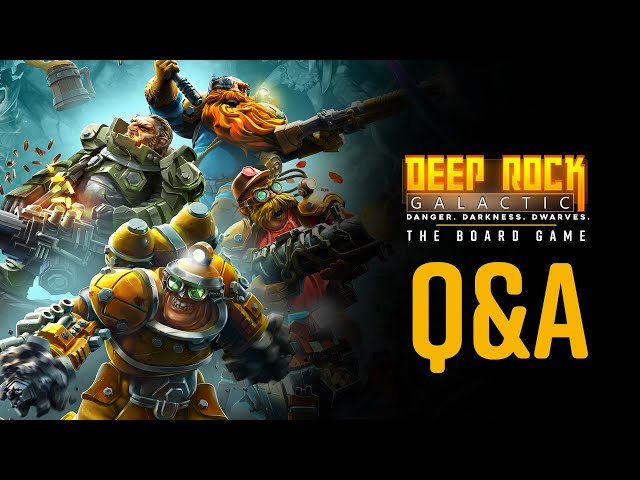 To back Deep Rock Galactic, it’ll cost you €65 (about $74 / £54) to receive the standard edition, and as you’d expect, more rewards can be obtained by pledging at higher levels. The Kickstarter campaign runs until March 3, with backers expected to receive their copies in December this year. It’s not yet clear if it will come to stores after that, however.

Looking for board games to play as a pair? Here’s our recommendations for the top couples’ board games. And check out our list of the best strategy board games if you like a title you can really sink your teeth into.