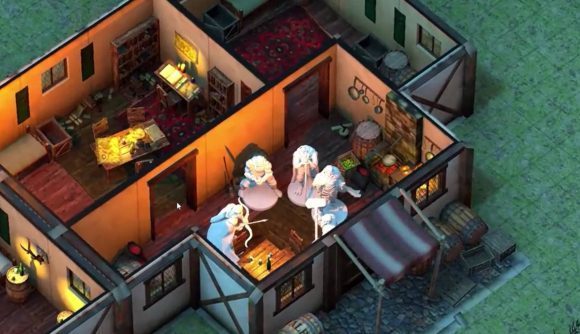 Free online tool BattleMapp lets you sketch custom, 3D digital maps for remote Dungeons and Dragons campaigns from within your browser, without needing a separate, paid program like Tabletop Simulator. Produced by solo indie developer Marc James, it’s been in beta since September 2020, but it’s seen notable improvements since and has now started to cause some buzz in the tabletop RPG community, with  quarantined Dungeon Masters (DMs) ravenous for new, better ways to run their games online.

BattleMapp hands you a flat terrain grid and a bunch of pre-made, 3D assets with which to populate and design an encounter. A selection of monsters, companions, buildings, props, flora, and lighting effects can be arranged and moved around the terrain grid to simulate the action of combat. There’s a notepad function for DMs to record useful stats and combat information, and – par for the course with such things – you can roll 3D dice into the on-screen game map.

Still in beta, BattleMapp’s functionality is pretty limited: users are unable to save or load maps, or even undo changes, and there’s currently no multiplayer system – the DM needs to load the tool, then share their screen with the players so everyone can see what’s going on. The multiplayer component is reportedly written, though, and will be integrated some time in the future.

Most of the assets cater to classic western-style fantasy roleplaying, with lots of medieval buildings and characters available to use, but there are also some choices of aliens, cyborgs, and spaceships for the sci-fi roleplaying folks. 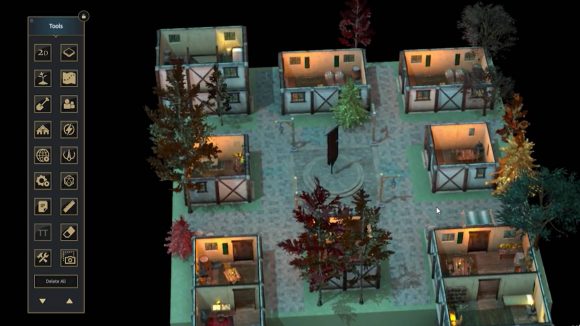 You don’t have to create an account or log in to use the tool, and much of the content is flat-out free to use. Additional props, assets, and tools are available to the project’s Patreon supporters, though.

Version 1.0 BattleMapp is currently in development and will reportedly include save and load functionality, map exporting features, and more.

I made a FREE 3D in-your-browser D&D encounter map-maker. No login/software download needed. Print-screen the map or play live by sharing your screen with your players. It has 3D & 2D tools, animated characters, animals, dice-rollers … Link in comments! [OC] from DnD

If you’re a budding adventurer who’s interested in playing D&D, why not read our D&D classes guide to find out how to roll up your first adventurers.