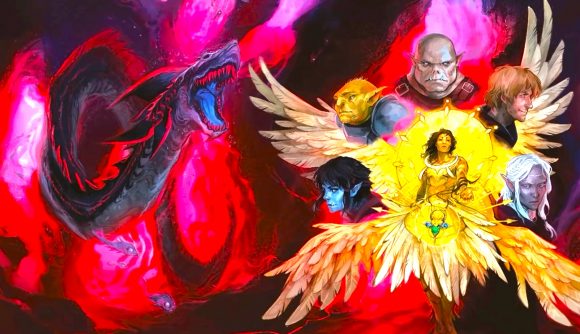 A new teaser for Critical Role D&D sourcebook Call of the Netherdeep over on D&D Beyond shares spoilers for the book ahead of its release on March 15 – and the new content feels more at home in zombie hits like Dying Light or The Last of Us than in a world of dungeons and dragons. Posted on Monday, the article reveals the new in-game material ‘ruidium’ – a highly coveted “alien mineral” with the ability to corrupt anyone exposed to it.

“The full extent of ruidium’s role in Call of the Netherdeep is still under wraps”, says D&D Beyond. Apart from its ability to spread to and empower inorganic and organic matter, little is known about the true power of ruidium – even by the in-universe scholars of Exandria. What we do know at this stage is that ruidium can infuse dnd magic items with more powerful properties – and even begins to affect everyday items with enough exposure.

As well as ruidium itself, D&D Beyond reveals one specific item featured in Call of the Netherdeep – the Ring of Red Fury. This very rare ring allows characters to “breathe water” and “gain a swimming speed equal to your walking speed”. It also grants ruidium rage as a bonus action, which gives advantage on strength checks and saving throws, adds your proficiency bonus to attack damage rolls, and bolsters you against paralysis, being restrained, or crossing difficult terrain.

The Call of the Nethderdeep spoilers also show just how horrifying the effects of ruidium can be. Ruidium corruption is a condition that afflicts any who are exposed to ruidium for too long. According to the rules posted by D&D Beyond, ruidium corruption causes increasing levels of mental distress and exhaustion – at exhaustion level one, player characters have nothing more than a nasty red rash; by the time they reach an exhaustion of five, large, “grotesque” crystals have covered the character’s body. Eventually, ruidium corruption will kill. 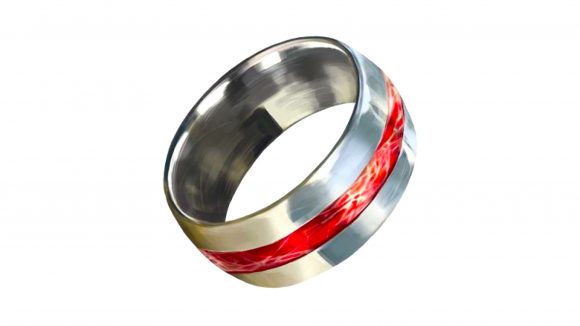 The infectious corruption of ruidium brings to mind the Clickers of The Last of Us videogames, which have their minds and bodies taken over by an equally malicious fungus. Luckily, the exhausting effects of corruption can be alleviated with some long rests – or even cured by a wish or divine intervention. If your party struggles to stave off ruidium corruption, D&D Beyond also recommends homebrewing some alternative cures – perhaps by having a cleric ask for a deity’s aid, or by having scholars develop a cure of their own.

The roleplaying opportunities of ruidium seem numerous, even at this early stage. Fighters and monks can make the most of their attacks per round with the Ring of Red Fury, and fans of eldritch blast can use the ring to really rack up some damage. On the story side of things, searching for ruidium – or a cure for a corrupted character – could be the start of an intriguing quest.

Ruidium taking its name from the Exandrian moon Ruidus has led some fans to speculate about whether the Feywild deity Sehanine the Moonweaver will feature in the adventure. D&D Beyond says that “it isn’t guaranteed when the players will first encounter ruidium”, but this implies that the mineral will have some importance to the adventure.

If you can’t wait for Call of the Netherdeep’s release, check out our guide to the best D&D 5E sourcebooks that are already available. You might also want to check out the best D&D map makers so you can lay out the perfect Critical Role campaign.