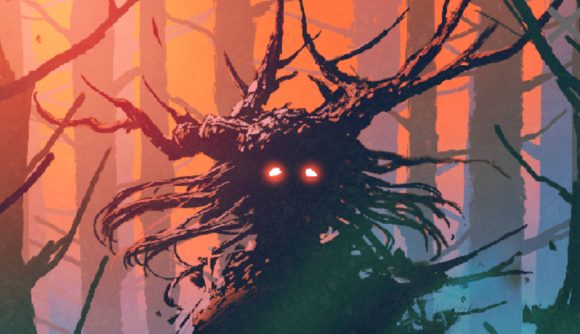 Dungeons and Dragons’ fairy tale Feywild setting is the focus of a new sourcebook for D&D 5E. Into Wonderland: A Feywild Setting Book explores the famous realm through an original adventure, new races, added subclasses, variant rules, hand-drawn maps, and other handbook content for DMs and players. The book was shared as a PDF to the Dungeon Masters Guild yesterday, priced at a ‘pay what you want’ contribution level.

The main adventure of Into Wonderland centres on the magical transportation of an entire city from the Material Plane into the Feywild, as it’s plunked down into the mystical realm, and must contend with its nearby denizens. Per the sourcebook’s description, players journey through the courts of the ruling Archfey, and are taken on questlines inspired by the stories of famed fairy tale writers the Brothers Grimm. The adventure is designed to take players from level 8 to level 14.

The sourcebook adds several new player character options, including original character races and backgrounds. Play as an anthropic froglike bullwug, a prankish faerie, the fishy kuo-toa, or a changeling.

Original subclasses have also been added, including the Survivalist archetype for the Fighter that focuses on speed and movement, the Primal Warden Ranger subclass that combines druidic magic with effective combat moves, and several pre-constructed Archfeys that may serve as Warlocks’ patrons. Wizards might also choose to become Witches, as they reject their academy for a lifetime of lonesome study.

There’s also heaps of handbook material for creating your own Feywild adventures, right down to guides on how to build antagonist Archfey (detailing their appearance, flaws, goals, and courts), “dozens” of new monsters (including eight ancient beasts and four powerful Archfey), as well as mechanical information for DMs, such has how players must travel around the Feywild, or the impact of the seasonal weather. 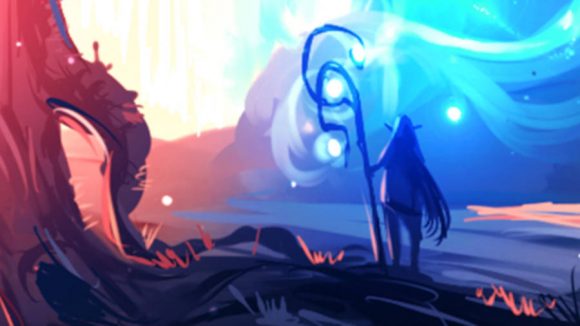 Sharing the book on Reddit, William Rotor, the book’s writer, said he created the Into Wonderland after being annoyed at the lack of Feywild content produced by D&D publisher Wizards of the Coast.

Rotor also said the adventure was heavily inspired by traditional fairy tale stories, and looks to draw heavily from them, rather than broader fantasy tropes or mythological inspirations.

“I based it more off of the storytelling of The Brothers Grimm than Gaelic mythology,” Rotor said in a comment, “but that mutability of the Feywild is a major theme and a huge design consideration.”

He also suggested that several of the random encounters written in the book would make for playable one-shot adventures, and the included Spirited Away and The Boy Who Ventured Forth To Learn What Fear Was questlines could function as self-contained adventures.

Although an old and popular setting in D&D, the Feywild hasn’t been given much official content by Wizards. However, a recent Unearthed Arcana playtesting document (a draft sheet of experiment rules used by Wizards to test new ideas before they may be officially integrated into the game) expanded the Feywild with four new player character races: Fairy, Hobgoblin of the Feywild, Owlfolk, and Rabbitfolk.

Rotor says he is currently working on a Planescape sourcebook, and has previously released several original sourcebooks, adventures, and handbooks on Dungeon Masters Guild.

Into Wonderland: A Feywild Setting Book is available to download for free, or can be purchased at a ‘pay what you want’ price, with a suggested cost of £15.23 / £10.83.

Before journeying into the Feywild, why not refresh your memory of two of D&D’s brilliant classes, with our comprehensive Paladin and Fighter 5E class guides?