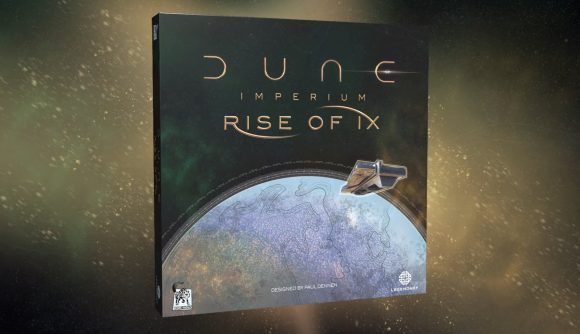 Six months after the base game released, the first expansion for deck-building, worker placement board game Dune: Imperium was revealed by publisher Dire Wolf yesterday, as part of Dice Tower’s Summer Spectacular event. Titled Rise of Ix, the add-on introduces new leaders for you to play as, additional gameplay cards, and original mechanics. It will release in stores for the 2021 holidays.

The box includes new Imperium, Intrigue, and Conflict cards, as well as six new leaders across three of the game’s Great Houses. So far, two of these leaders have been revealed. Archduke Armand Ecaz for House Ecaz features abilities that are intended to support deck-building strategies, by handing you more control over manipulating the contents of your deck, while Prince Rhombur Vernius of House Vernius has abilities that feed directly into the other big addition of the expansion: Dreadnoughts.

A new combat unit, Dreadnoughts operate differently from other fighting units in the game. As well as packing greater firepower, they’re indestructible, but will cost you a high investment of Solari tokens. New Ixian Technology Tiles, too, will grant you permanent buffs throughout the game, but will require lots of Spice to purchase. The idea is to hand players tougher decisions about resource spending.

“Ix represented the perfect thematic foundation for creating those strategic opportunities,” he added. 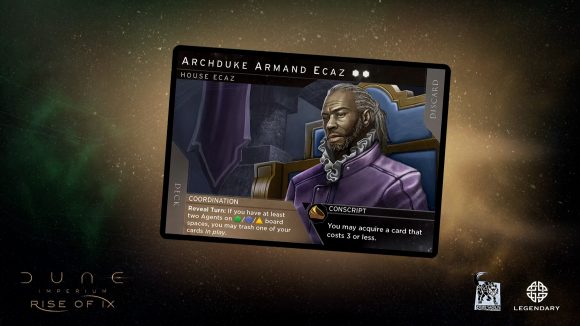 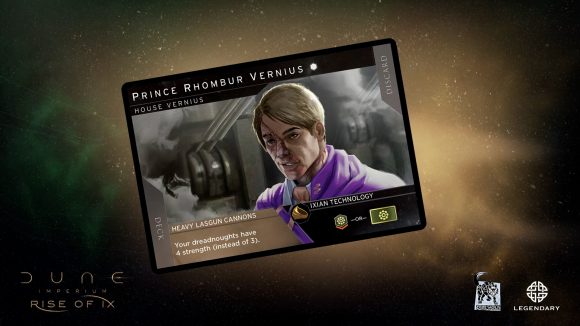 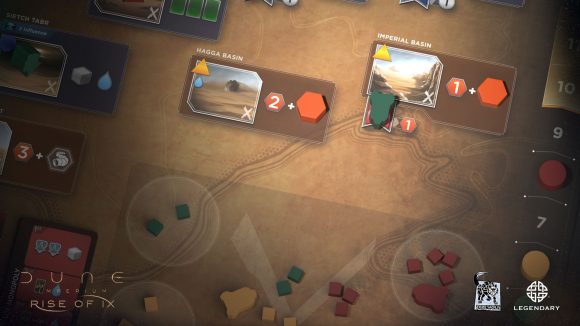 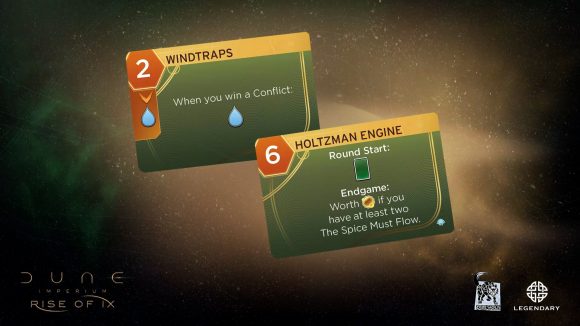 Earlier this week, Dire Wolf announced a new game mode for the official Dune: Imperium companion app. Blitz! is billed as a challenging alternative mode for experienced players that adds a card drafting feature at the start of the game, and ‘scheme’ mechanics that let you plot a secret political motion.

Rise of Ix isn’t the game’s only new release. The Dune: Imperium Deluxe Upgrade Pack adds additional cosmetics, including over 50 miniatures, a new component tray, and full-art card sleeves. It’s scheduled to ship in late August, and is available directly from Dire Wolf for $55 / £36.

In the Dune novels authored by series creator Frank Herbert, Ix is a technologically advanced, technocratic civilisation known for its complex, but morally problematic, machinery.

Check out our guide to the best board games currently kicking around 2021 for more tabletop inspiration.