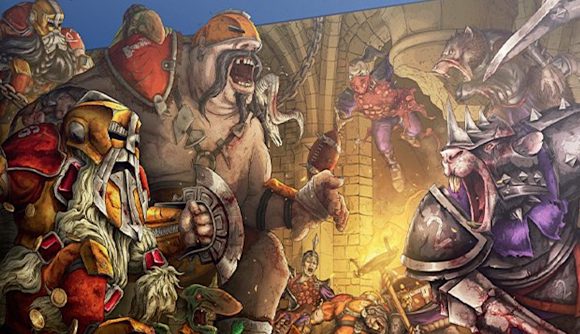 Games Workshop’s parody American Football miniatures game Blood Bowl is receiving a standalone spin-off that mashes the sports game with the mechanics of classic dungeon-crawlers. Titled Dungeon Bowl, the boxed miniatures game is a reboot of an older GW title, and makes some big changes to the Blood Bowl format.

Similar to Blood Bowl, two players will assemble a team of athletes – taken from the Warhammer fantasy universe and decked out in particularly violent sports gear – before manoeuvring their miniatures to fight for control of a ball and score touchdowns in the marked ‘endzone’. In Dungeon Bowl, however, the match isn’t played on a bloodied field, but in the winding tunnels of a madcap dungeon.

In between tackling your opponent to gain possession, you’ll be exploring the dungeon for treasure chests, dodging magical traps, and jumping between portals to navigate the cavern. At the start of each match, the ball is hidden from play, with each team rapidly searching the dungeon to locate it before their opponent. Grab it and score one touchdown to win the game.

In another twist, the teams in Dungeon Bowl are not separated by race (as they are in Blood Bowl) but split into Colleges of Magic. The College of Fire includes a mix of Ogres, Dwarfs, and Goblins; while the College of Shadow is made up of Skaven and Dark Elves. Both teams will be included in the main Dungeon Bowl box, although existing Blood Bowl miniatures can be substituted to form other teams.

In a Warhammer Community post announcing the game, GW said Dungeon Bowl will also contain a narrative element, and described it as feeling like “an immersive adventure game at times”. Something of a rules-light spin-off, the publisher presented the boxed game as an introductory product for Blood Bowl, which will teach players the basic rules before they move on to the larger game. 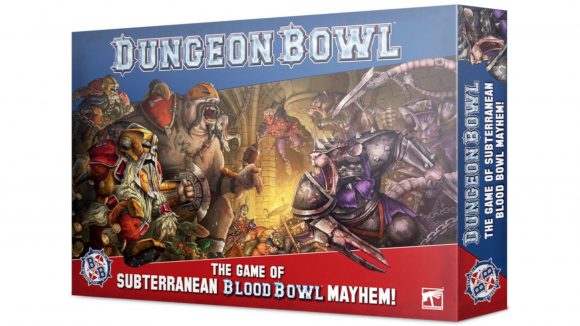 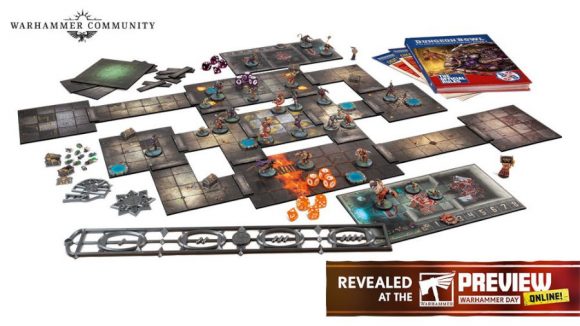 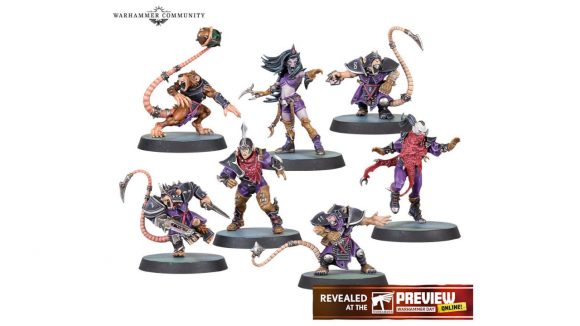 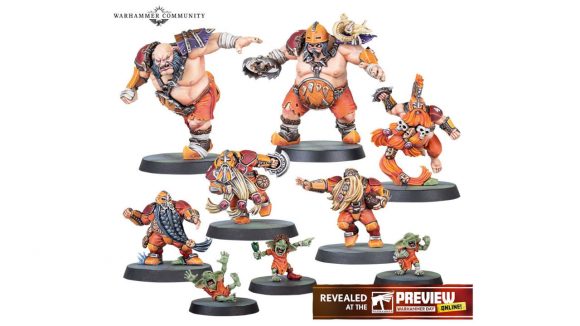 This iteration of Dungeon Bowl is a reboot of Games Workshop’s 1989 Elves, Dwarfs & Dungeonbowl board game. The original game was also a Blood Bowl spin-off, and shared its basic gameplay with this reboot: games were played in a subterranean dungeon, teams were split into Colleges of Magic, and players had to search for the ball at the start of the game before trying to score a single touchdown.

If you’re looking for more tabletop treats, read our list of the best board games to play in 2021. Or, check out our pick of the best Warhammer fantasy videogames, and see why Blood Bowl 2 is among them.