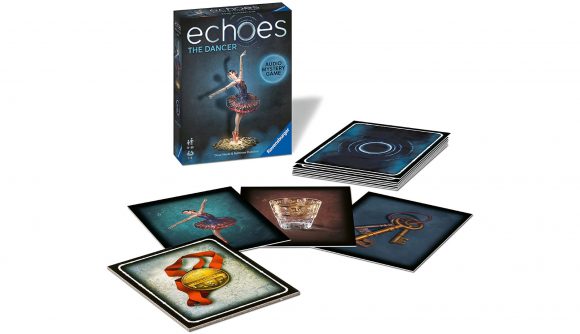 Board game publisher Ravensburger has released a trilogy of co-operative, mystery puzzle games, which ape the thematic riddling systems of tabletop escape room games and introduce a heavy emphasis on audio deduction. Titled Echoes, each game in the series is played using a free mobile app to scan components and emit mysterious sounds, which must be investigated to uncover clues. The series was released in retail stores last week.

As with other escape room games, you and up to five others will be presented with a mystery to solve, and handed a bundle of components and clues to investigate within a 60-minute timeframe. You must correctly identify the objects relevant to the case, and arrange them in the appropriate order to piece together the game’s twisting narrative, gaining additional hints as you progress in your sleuthing.

However, rather than presenting a series of riddles using physical components, Echoes is primarily driven by audio. Scan the game objects with a free app to hear their related ‘echo’ – a small soundbite containing noises, conversations, and other sounds that provide clues about the object in hand. Use the audio clues to correctly match the objects to one of six chapters, and identify their relevance and role in the mystery, as you gradually piece together its story.

The app has a level of interactivity, too, informing you of any incorrectly arranged objects, providing hints, and letting you listen to the entire story in one run through when you’ve successfully completed the game. The total narrative is divided into six chapters, each represented by its own game board. 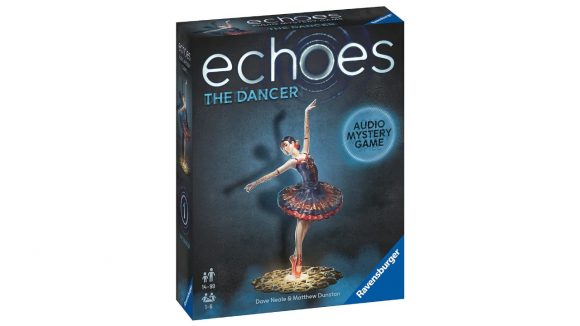 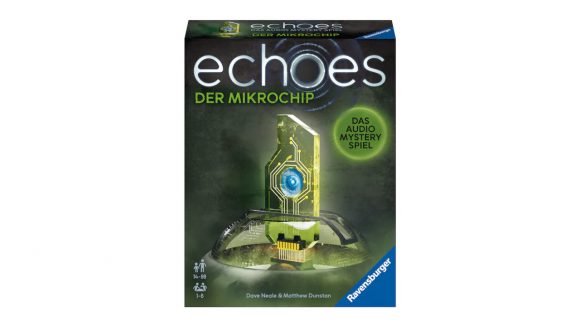 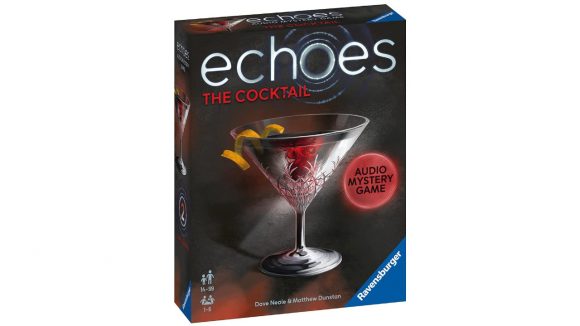 While not explicitly about escaping a single room, Echoes does look to capture many of the fundamental elements of tabletop escape room games. Each game in the series is a co-operative, mystery, boxed puzzler that’s played within 60 minutes, and entrenched, both visually and mechanically, in a distinct theme.

The first three games in the Echoes series are ttitled The Cocktail, which has you uncovering the identity of a criminal mastermind in New York City; The Dancer, which sends you on a ghost hunt to uncover the secret behind a young girl’s death in a Scottish manor; and The Microchip, in which you’ll explore the source behind civilisation’s ruinous downfall in the far future.

All three games released for purchase in retail stores last Friday, in both German and English-language versions, at $9.99 / £9.99 each. 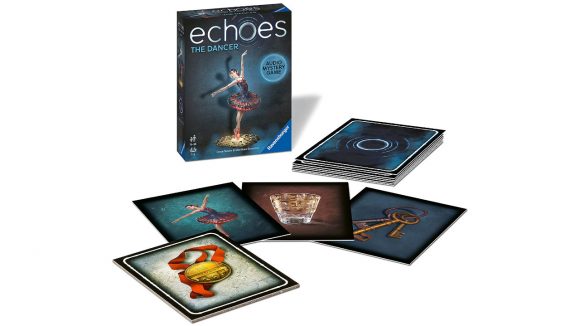 If all this talk of thematic puzzle-solving has tantalised you, read our list of the best tabletop escape room games, or check our pick of the best board games.