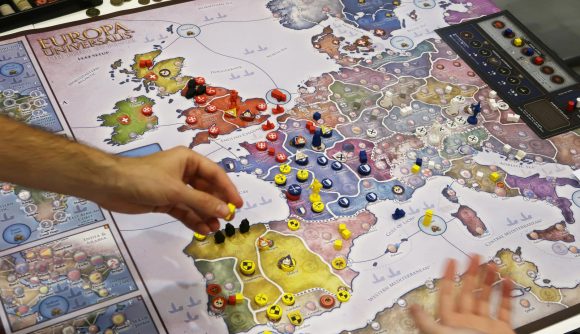 Europa Universalis: The Price of Power, the upcoming board game adaptation of grand-strategy videogame Europa Universalis 4, will let you play as any nation on its map. You’ll be able to take control of over 100 playable states through a customisable deck-building system, and personalise their setups for varying strategic advantages and playstyles.

Speaking to Wargamer, designer Eivind Vetlesen said the board game will include pre-prepared setups for eight major powers and nine minor realms, which players will try to expand through exploration, trade, diplomacy, and conquest. While each of these countries is played using a pre-selected deck of cards, and feature in scenarios tailored to them, you can take control of any nation that’s displayed on the map by constructing your own deck from a roster of ‘generic’ cards.

As in the videogame, players can expand their nations by following a ‘mission tree’, which grants rewards for achieving specific domestic and international goals. While each pre-prepared nation comes with a preconstructed batch of mission cards to play through, you’ll be able to build a mission deck for any other nation you fancy playing using a bunch of ‘generic’ mission cards, which have been designed to use with any nation across the map.

“The mission cards are made in a way that [lets] you build your own tree,” Eivind says. “They relate to each other, so you can build a mission deck that has different paths to follow. You build a mission deck of twelve cards, like the major powers, and have some paths that you can follow for the realm you’ve created.”

Similarly, each nation will have its own ‘event deck’ to play through, granting certain benefits or obstacles when specific stages of the game are reached. Again, when playing a minor nation that doesn’t have a preconstructed event deck, you’ll have to build your own. 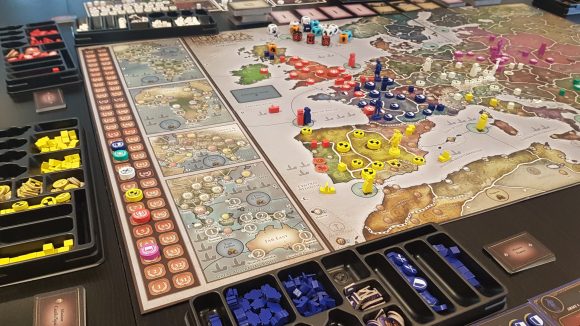 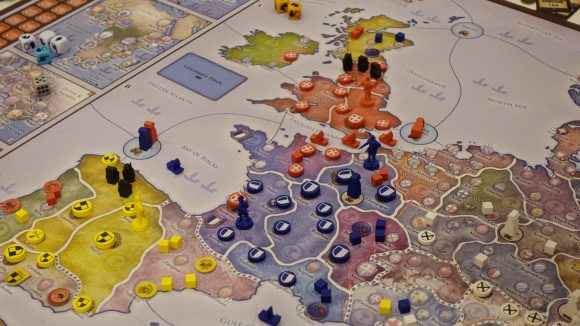 Eivind says that while players could randomly select their mission and events cards to build the required decks, the game will reward you for finely tuning them to synergise and offer a clear path of development. The idea is to not only offer players heaps of countries to command, but to let them play however they want to, thereby aping the historical sandbox gameplay of the original videogame.

“If you’re playing a random nation for which we don’t have a mission deck and is going to need a bit more preparation, then I would recommend you to compose an event deck that makes sense with the realm that you’ve chosen, and set up a mission deck that relates to the stuff you would potentially try to be doing,” Eivind says. 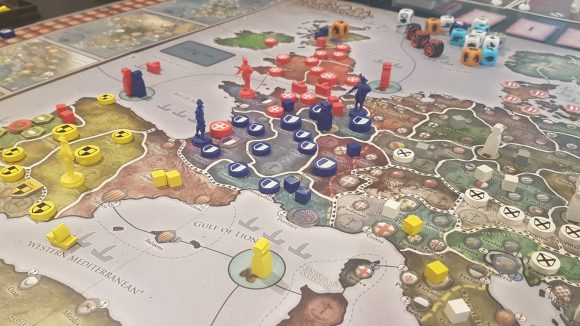 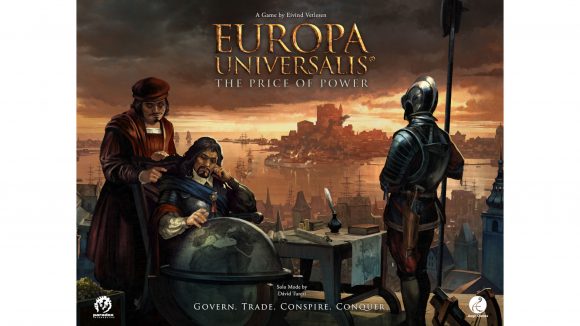 “But we made them in a way that can work in any area of the board, and still build stone-upon-stone upon [each other],” he adds. “So it’s not like you just have a flat thing of twelve missions that you could accomplish at any time. With the generic ones, it’s a tree with different branches, and sometimes you will have one branch going from one over to another. We spent quite a bit of time making those generic missions interact with each other.“

Look out for more Europa Universalis: The Price of Power coverage here on Wargamer in the coming weeks. In the meantime, check out our pick of the best board games to play in 2021 or the best strategy board games to crack out.