When the Boss asked me what I was going to write about, I suggested a review of a new set of miniature wargaming rules provided free as part of my Wargames Illustrated Prime subscription. Then in a typical, blazing moment of inspiration, the Boss had a better idea. He said why not concoct a list of all the best free tabletop wargaming rules? Thus was it ordered, thus shall it be done.

Free miniature wargaming rules are not rare, and there are several websites that host multitudes of such downloads. However, these are usually gamers with some desktop publishing experience penning their own personal dream set of rules for their own personal dream period of history. But the big guys also play in this arena, normally because they are releasing a new version of said rules and want to pique your interest, have a line of related miniatures they want you to buy or they are simply good folks who want to give back to the hobby.

Admittedly, sometimes these offers are fleeting – such as when Warlord Games offered free PDF downloads of Black Powder/Hail Caesar/Pike & Schotte back in May 2018 – but they do happen.

So, here is my list of the best free (or damn close to free) rules you can download.

No, these are not necessarily free supplements, like the Impetus collection in Wargames Vault, but actual playable rules for test drives and full gaming. I have spoken. 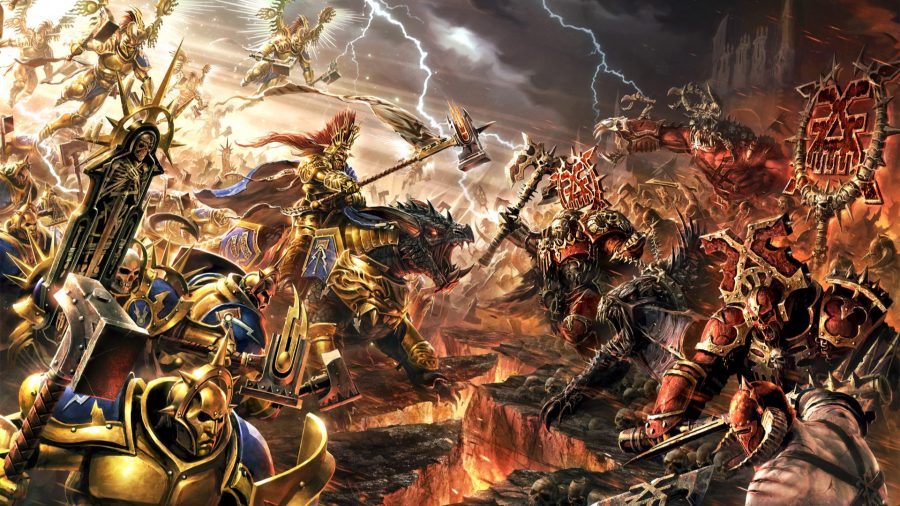 Given that Games Workshop offering anything for cheap (much less free) is somewhat akin to the Second Coming, I just had to check this out. Sure enough, the company offers two free starter rules sets for both the budding Space Marine (or gold-armoured fantasy equivalent).

By ‘starter’ we mean an abbreviated version of the full commercial (and very pricey) set, with all the necessary core rules to play your first game. Here, then, are the Warhammer 40K 9th edition core rules and the Warhammer Age of Sigmar Core Rules, both free. 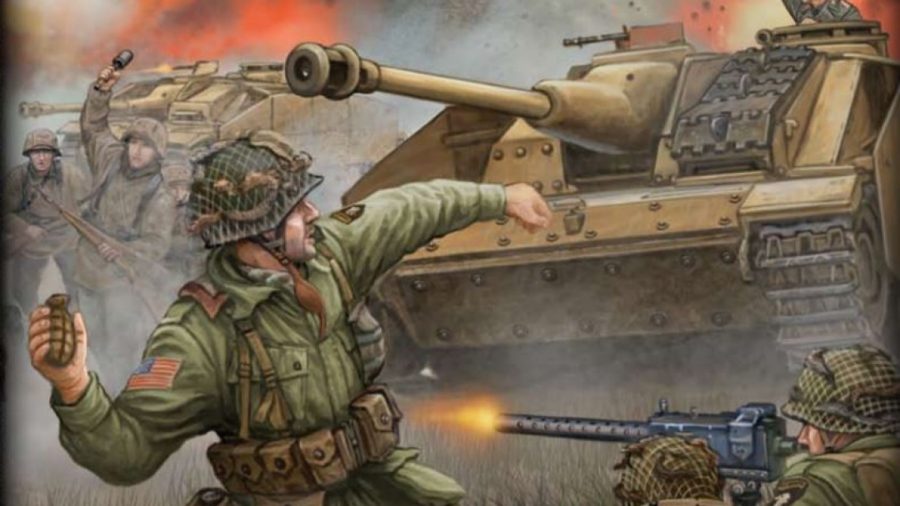 Likewise, the lads at Battlefront – down New Zealand way – have their own version of a starter set to get you started in what must be the largest historical miniatures wargaming franchise ever.

World in flames: These are the best WW2 games around

The set is called Flames of War Quick Start. Read the rules and you’ll quickly learn why their ubiquitous 15mm-scale WWII game earns the moniker ‘Flames of Warhammer’. 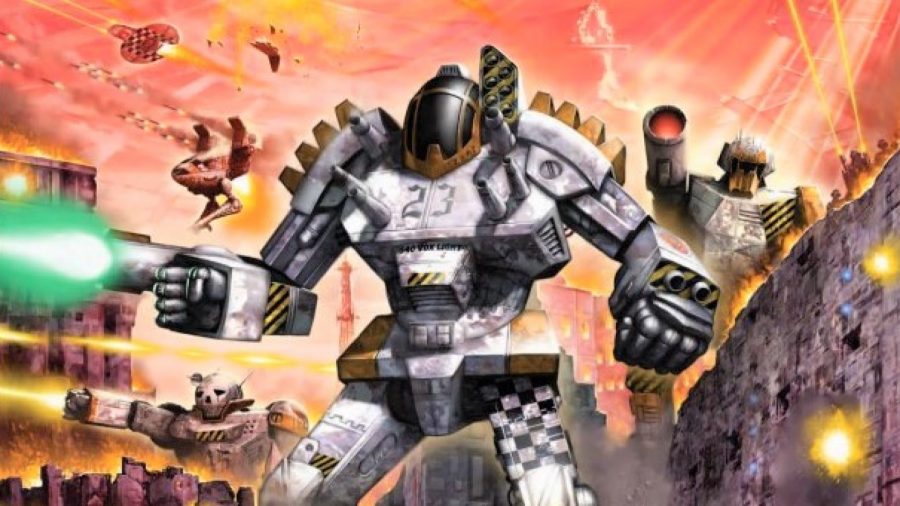 One of the oldest continuous tabletop wargaming franchises, Mechwarriors still make the earth rumble as part of Catalyst Game Labs. And people still play the system, as evidenced by an exclusive game room at all HMGS conventions to include Historicon.

All of the documentation remains available for free download, to include the full Classic Battletech Rules Manual. 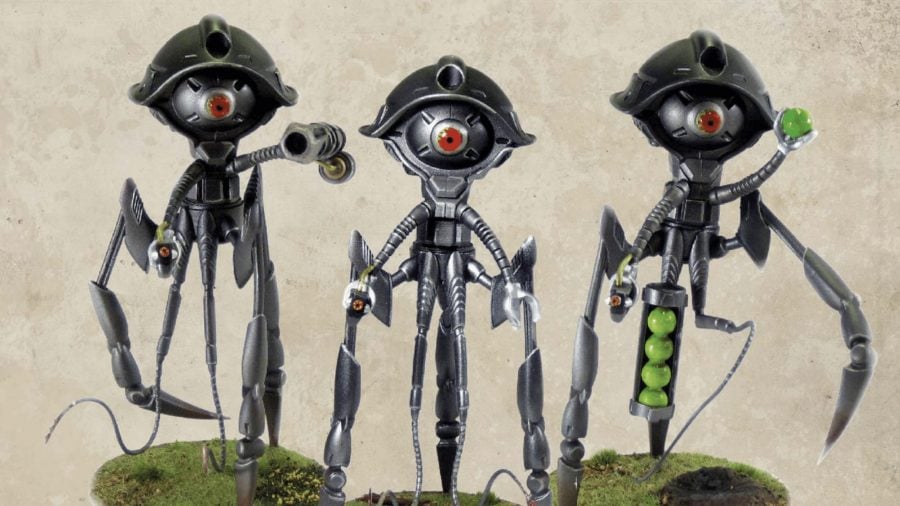 All Quiet on the Martian Front

The AQMF franchise has been recently acquired by Abby Normal Games, which plans to produce a second edition of the rules, new miniatures (to include the Imperial German Army) and upgrades to existing miniatures.

Obviously, some of the old miniature stock remains available for purchase and all documentation is still downloadable for free, though for how long is debatable.

This includes the full-color, drop dead gorgeous rule book which can be found at both the old AQMF Website, and also in a Dropbox Folder along with all the other goodies. 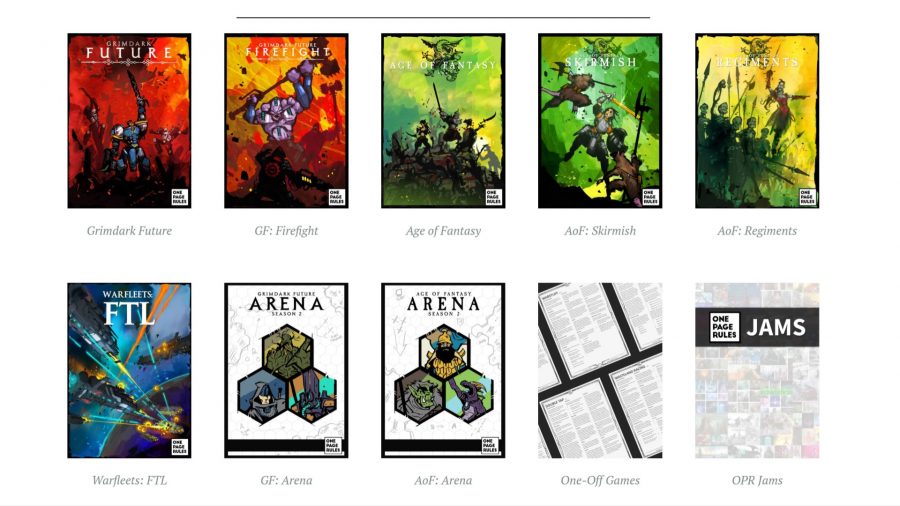 The idea behind One Page Rules’ ruleset variants is simple: everything has to fit on a single printed page. The group has come up with rulesets that work with just about any of the popular universes and model sets. This includes most of Games Workshop’s catalogue, and the One Page Rules versions of these games tend to be much faster to play and easier to get newcomers up to speed on.

There are variants for infantry combat, 40K and Age of Sigmar, plus ‘one-off’ games like Blood Bowl. They’re all free, but you can also chip in via Patreon if you’re so inclined. Head to the official site for the complete collection. 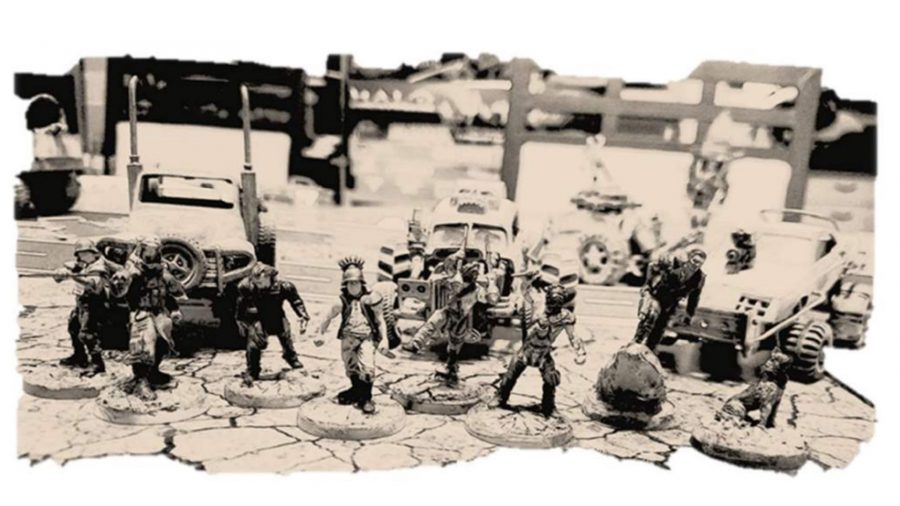 As the name implies, this set of Quick Start rules covers a Mad Max-type environment in a post-apocalyptic America where the cars are a lot bigger, faster and meaner.

Digital freedom: These are the best free war games on PC

If you have Wargames Illustrated’s Prime Digital Subscription, toddle over to here to download your own copy (if you are not a subscriber, you’ll likely get a sign-in page). Content warning: contains typos and comic sans. 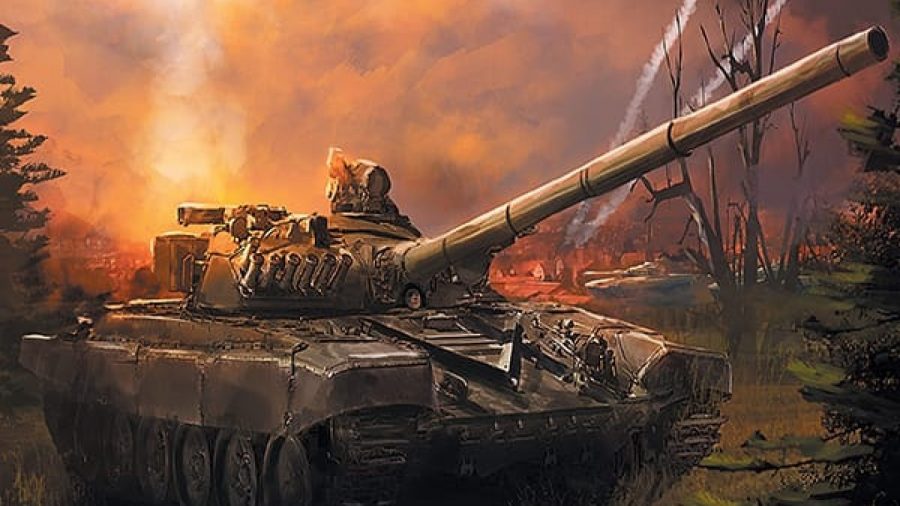 Seven Days to the River Rhine

This is the full set of ‘NATO v. the Pact’ armoured combat rules produced by one of my favorite British firms, Great Escape Games.

Surf on over to WI and download your own copy if you’re a subscriber. 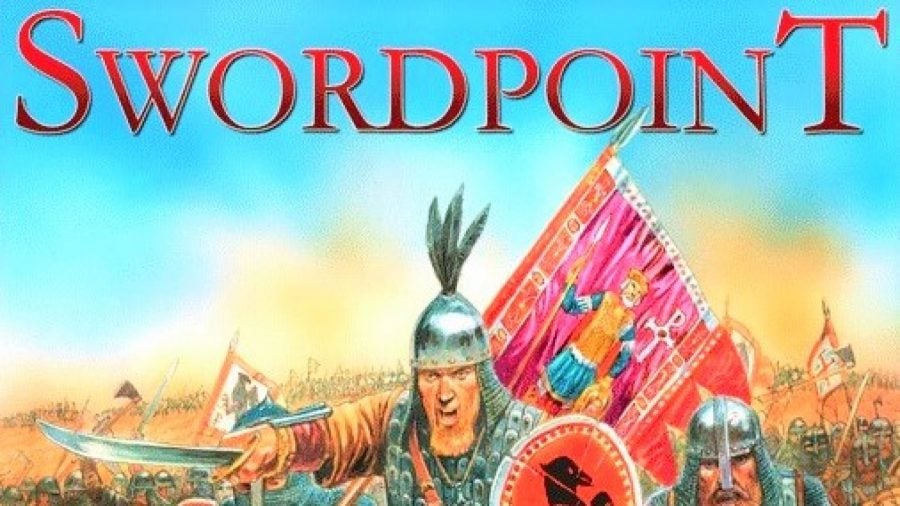 This is Gripping Beast’s new set of Ancients wargaming rules designed to replicate big battles, as opposed to the minor skirmishes you often deal with in tournaments. You can claim your copy of the rules at WI if you have Prime… AND… you’re an Apple nerd. That’s right folks, this product is an iBook and doesn’t do either Android or Windows.

I’ll inform everyone at a later date where I’ll be handing out pitchforks, tar and feathers near the company HQ in Evesham. 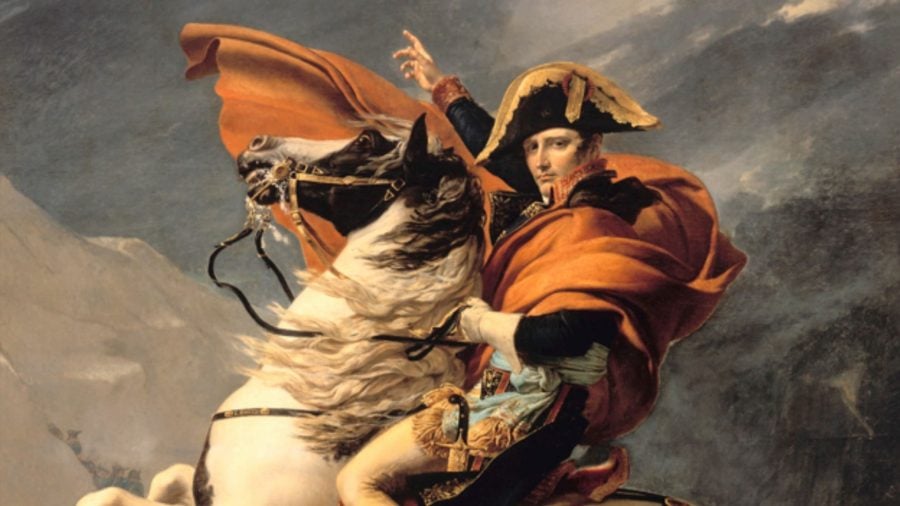 David M Ensteness produces this set of well-received and highly popular Napoleonic rules, and allows a free download of his ESR 2.5 Players’ Guide Overview. The document is small, but should give you all the information needed to see how the game plays. 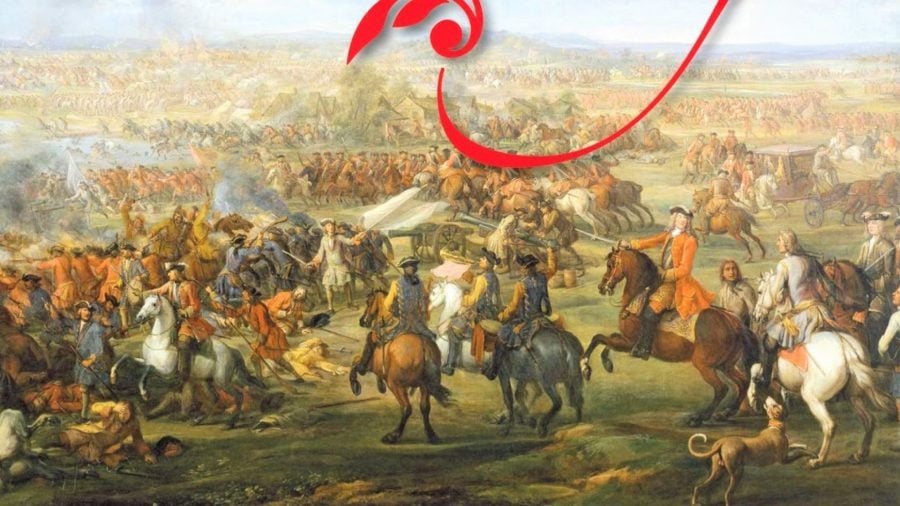 Twilight of the Sun King

Affectionately known as TWIGLET and now commercially published by the UK’s Pike & Shot Society, the original 2001 Public Domain version (updated 2103) is still available free. Only four pages long, this is a game covering the age of Louis XIV using a sequence of play so unique it had me saying, “Damn, I wish I’d have thought of that!” 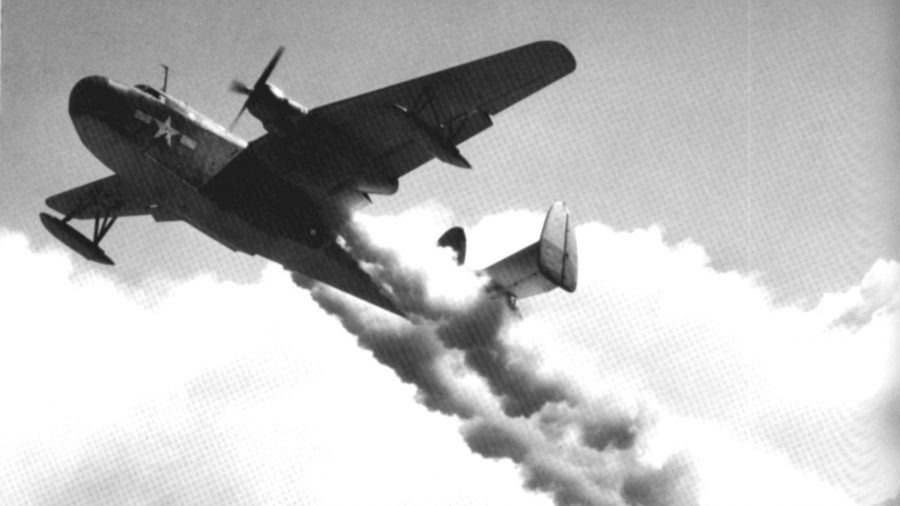 Steady as she goes: These are the very best naval games

One of its franchises is Command at Sea, and, to tempt you into spending more of your hard earned shekels, it offers a free Command at Sea Jump Start rule book. 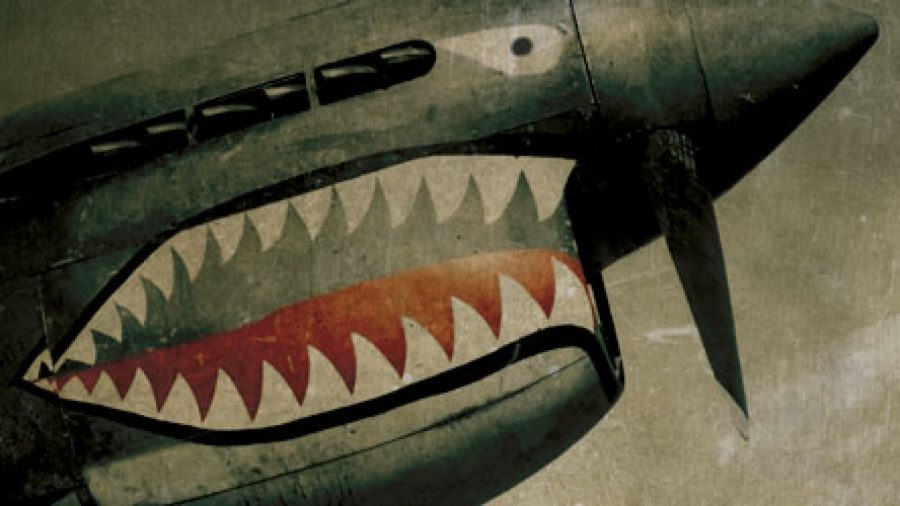 The WOG franchise is now owned by a firm called Ares (apt) and includes both rules and supporting aircraft models for combat in the skies during both World Wars. The miniatures are the firm’s money maker, so both the World War I set and the World War II set of WOG rules are available free to download. 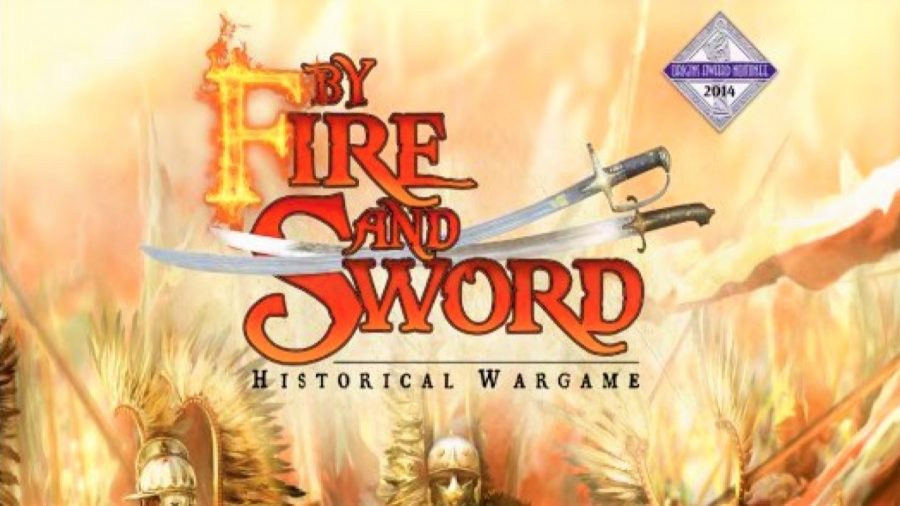 These rules cover the wars of the Polish-Lithuanian Commonwealth and are produced by a (duh) Polish firm alongside a massive set of exceptionally designed supporting figures, terrain, and game aids. The coffee table hardback edition of the rules has given way to a smaller, rules only version called Gamers Edition which sells for $20.00 US. 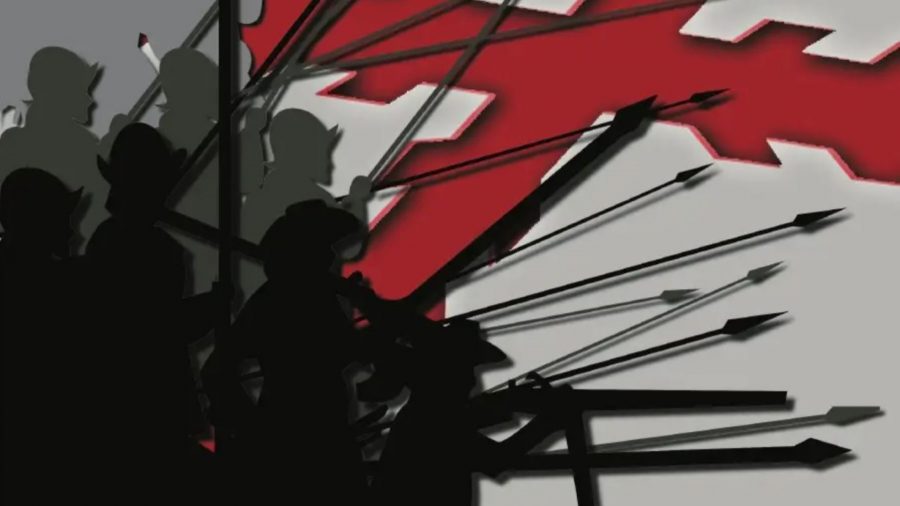 This is a nifty little set of army level Pike & Shot rules now published by Tercios Miniatures, late Liber Militum. The firm has continued free access to the starter edition of the rules (and order cards, etc), but for the English Trecios Brevis Editio, does so via the Scribd online library service.

This is legit, no copyright problems, however, it does mean you need a Scribd account. Or maybe not, which is the perfect segue for hyperspacing through… 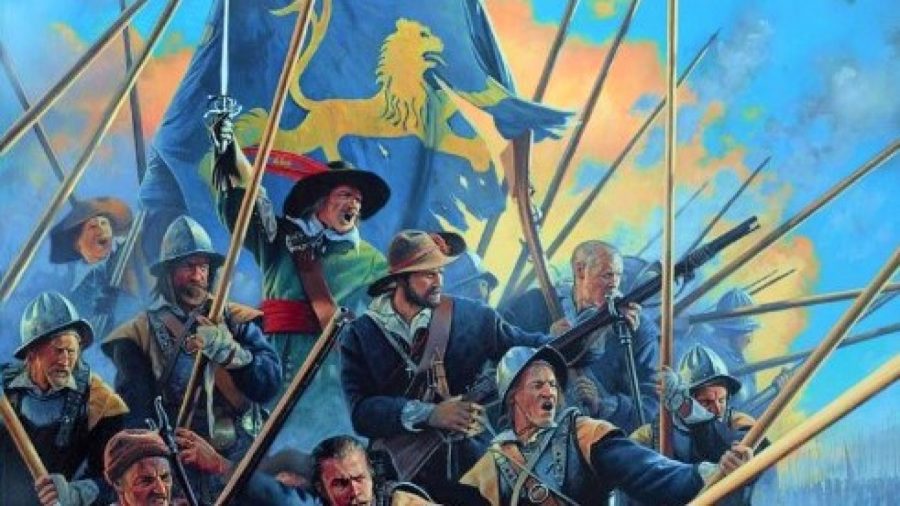 This falls into the ‘damn near free’ category. There has been a lot of misinformation about Scribd, so let me inform. Scribd offers online access to millions of current and out-of-print books for $4.99 to $8.99 US per month.

This fee includes categories such as ‘Documents’ for members to upload their own stuff, and this is where the Tercios Brevis Editio resides, ready for PDF download. Unfortunately, members also upload copyrighted material, and – though ‘abandonware’ pubs survive – if Scribd’s own BookID software activates or a DMCA complaint arrives, Scribd kills it (sometimes, perhaps, too quickly, but that’s another story).

In the Premium Book section, you can only read selections online, unless you use Scribd’s iOS or Android app, allowing downloads and offline reading. Forever. Even if you don’t renew. Even if you’re in that 30-day Free Trial Membership they advertise.

This latter situation is a loss-leader. Every time you access a book online or download it, Scribd pays the copyright holder a set amount. The company is paying those copyright fees during the trial because they are banking on you signing up. 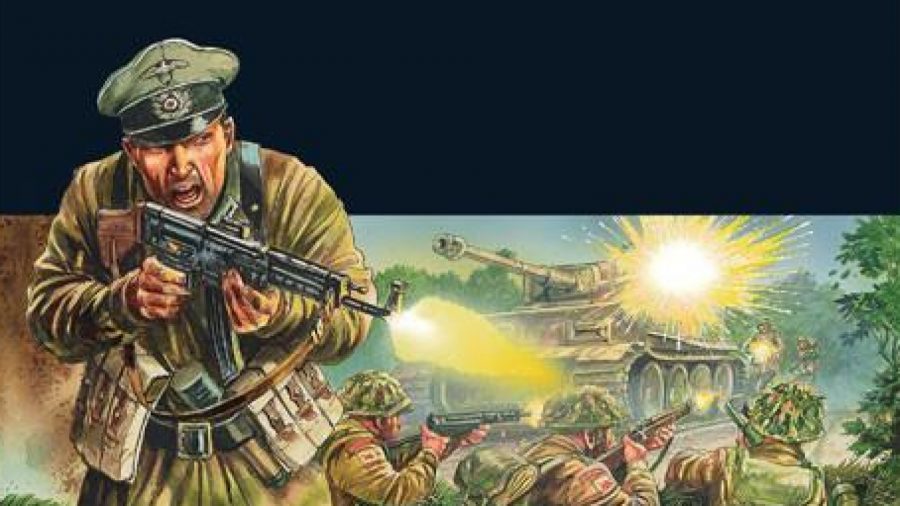 Now consider: one of Scribd’s big partners is Osprey Publishing. For tabletop rules, this means that every Warlords/Osprey Bolt Action document on the planet resides in the Premium Book section. So do all Osprey’s own wargame rules, e.g. Across a Deadly Field or The Pikeman’s Lament Pike & Shot. Most all other Ospreys? Check.

BUT… only Scribd’s iOS and Android software can read the files, not a Mac or a Windows PC, and only on the original download device. The book files are locked in a proprietary format and cannot be transferred, copied or printed. Consider that if you are thinking try-and-fly, but if you are shekel-strapped (I’m good) or just plain cheap (I prefer frugal), it’s a perfectly legit technique. For me, $4.99 is a steal, so I subscribe.

This list is not all-inclusive, so let us know on our social channels if we missed something (we like free stuff too).