Playing Hearts of Iron IV is demanding. Like all of Paradox Interactive’s hulking grand strategy titles, it’s a game of rigour. It offers an open-ended world of far-reaching scenarios, but only to those players prepared to put in the time to learn its many systems and interrelated mechanical flows. Internalise its rules, and iterate upon your attempts at global expansion at every opportunity, and you’ll grasp its boundaries, better capable of leveraging those opportunities of creative play, and thrilling excursions of unanticipated warfare. Let no strategic opportunity go to waste; leave no production capability un-optimised.

That, at least, is the consensus. Sink an eye-watering number of hours into its WWII simulation until every popup panel is ingrained in your eyeballs, and no mechanic leaves you dazed. The better you can tailor your warring into a rigorous methodology, the better the game you’ll play. Strive for efficiency, and count down the days until you can laugh in the face of its online wiki, safe in the knowledge that your expertise will keep your strategic expansion afloat every single time.

But I smell a sham. Far from offering the most rewarding gameplay experience, approaching Hearts of Iron 4 as a scenario to be optimised, or a problem that must be efficiently resolved, undermines its most enthralling elements. The moments of greatest enjoyment that I’ve taken from the game haven’t come about through shrewd management or overly-scrupulous implementation of strategic forethought; they’ve arisen while I’m bunglingly my way through its systems. Hearts of Iron 4 isn’t a game to be furiously bettered; it plays best when you simply don’t have a clue.

I like success as much as the next person. Frequent defeat and incessant obstacles are a surefire ticket to aggravation, rather than riveting fun. But so often in Hearts of Iron, playing correctly is synonymous with playing boringly. 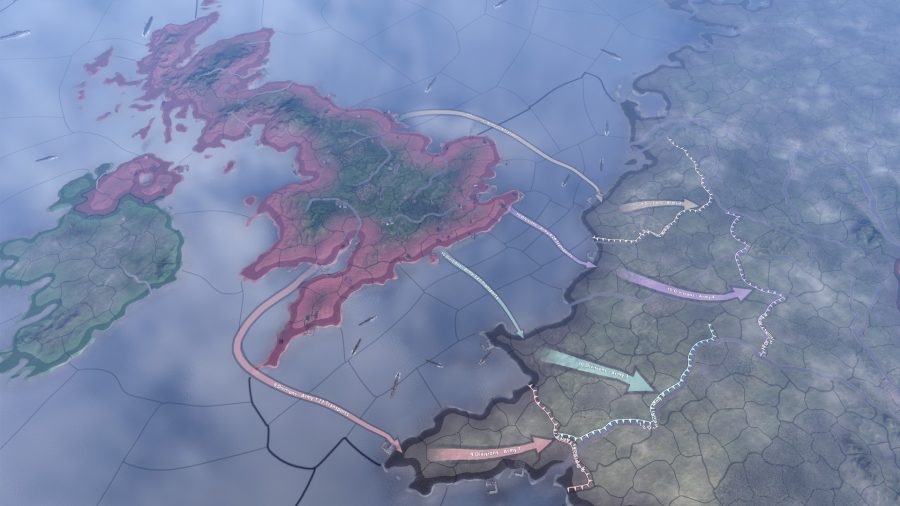 You might not need to annex that neighbouring power that’s peaceably, if begrudgingly, tolerating your accelerating industrial development. But, by gum, it’s fun to unnecessarily expand your borders, scuppering the plans of some superpower that was eying up your new territory for their own domination. You could, while messing about sub-optimally, drag yourself into an unexpected conflict that, while not exactly productive for your long-term development, throws up a fascinating, optional segue that you couldn’t have hoped to explore, had you been playing ‘properly’.

Or you may take your exploits to some far-flung nation to see what pesky trouble you can stir. Head to South America and boost party popularity of whatever political ideology you’ve aligned with. Irrelevant to your immediate goals and serving little purpose other than draining your prestige? You betcha. But just you watch as your half-baked, half-hearted effort at ideological dissemination turns into a full-scale rebellion, and Argentina becomes the next hotbed of fascist domination. It’s a gas.

Far from creating obsolete headaches that stall your plans of domination, it’s these moments of flagrant, ill-thought-out, and largely unnecessary actions that produce the most exciting moments of play. Those instances of totally unanticipated alternate-history blowouts that colour your campaign with accidental dilemmas and stand as watershed moments in the course of your national pursuits. 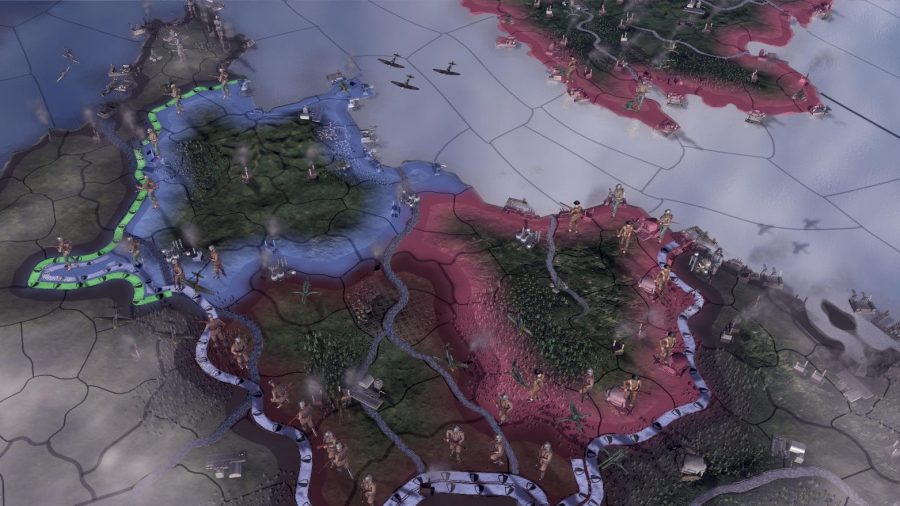 Fortuitous or not, the thrill of desperately responding to a global turn of events that you had nary considered – only to find it increasingly eating up your cognitive focus until you’ve totally forgotten whatever it was your nation was trying to achieve before – beats any hard-nosed military-economic plan. The latter might make for effective industrial mastery, but I prefer to achieve territorial dominance through more daring and foolish rolls of the historical dice.

Industrial additions: Check out our Hearts of Iron 4 DLC guide

And folly isn’t something to be scared of in Hearts of Iron. The game encourages audacious and experimental stratagems. Sure, creating a global empire that stands firm across the full length of a single game is a tall order (except for Canada, for whom doing nothing might be the surest route to victory), and even clinging to individual territories in the heart of Europe or the fringes of the colonised world brings unavoidable challenges. 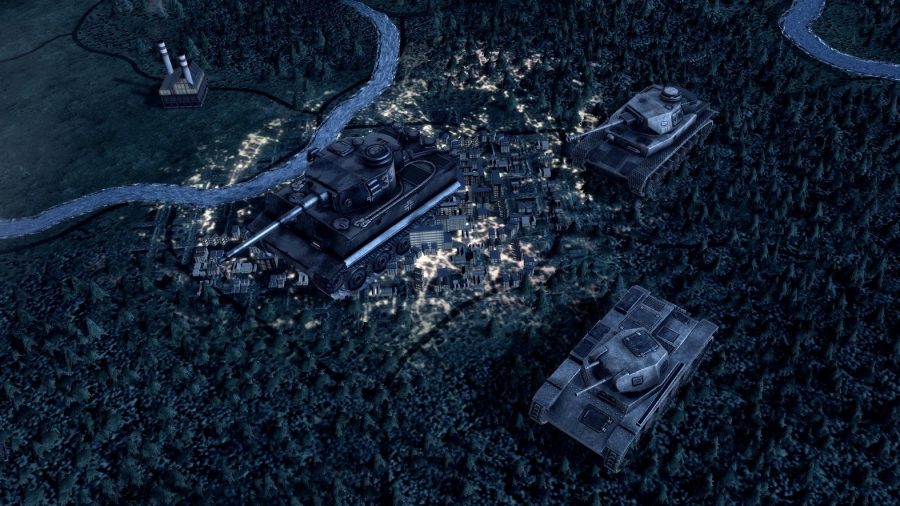 But while victories are hard-won, total failure is nigh-on impossible. My colonies might be ceded, or my battalions lost wholesale in ill-fated battles, but picking up the pieces from such haphazard exploits comes naturally. The rapid developmental growth of even medium-sized nations in the mid- to late-game allows for quick turnarounds of fortune. There’s always scope for rallying and recouping, offering bountiful opportunities for left field manoeuvres.

Enjoyment springs from the chaotic process of discovery

Maybe some provisos are in order. Some mechanics can’t be half-arsed, and demand a thorough understanding from the player if they’re to function. The importance of civilian factories in the early game, the immediate benefits of production multiplier technologies, or the mechanics of battalion movement and division design – these must simply be learnt. But even in these instances of mechanical, arithmetic design, my enjoyment of using them has sprung not from their implementation, but the chaotic process of discovery that surrounded them.

Realising my 20 divisions had failed to break through the enemy’s measly defences in the Iranian mountains because I had ignored (more likely misunderstood) combat width was itself a moment of elated eureka; an instance of discovery that revolutionised combat management for my rookie-self. But past this point, combat width became yet another metric to consider in my forward advance – nothing novel, nothing noteworthy. 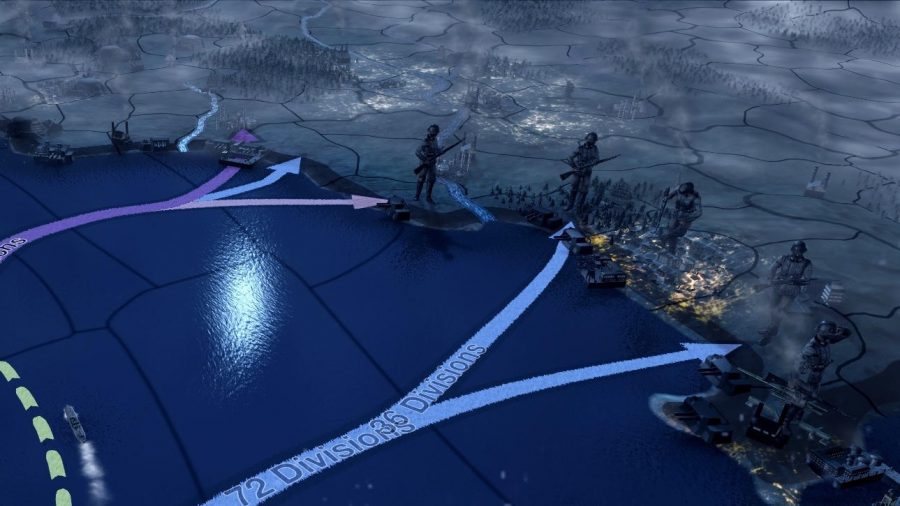 Likewise, the delight that arose upon realising a humble Maintenance Company could recast the fortunes of my flagging armoured divisions, and turn the tide of my offensive campaign, seemed like a jolt of military marvel in my greener days. But sudden victories acquired through abrupt, even accidental play isn’t in the remit of veteran generals. The peculiar joys of happenstance, and a healthy dollop of ignorance, are all but lost.

Sure, winning is fun, but nothing compares to that first sweet smell of success; the moment of learning from your (many) past mistakes, and finally cracking the operative dilemma that has been giving you so much trouble. Successfully cleaving through the game’s systems and deploying them in well-rounded grand strategies makes for impressive results, but the game’s romanticism is lost when statecraft is reduced to methodological planning – a formula to be learnt and reproduced. 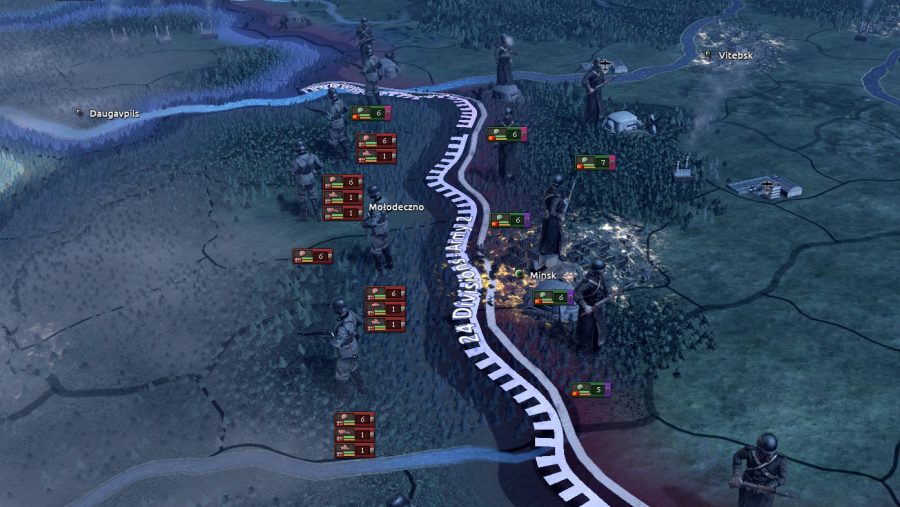 Hearts of Iron 4 certainly isn’t Crusader Kings 3. Although it may be possible to roleplay, it doesn’t possess the same character-driven ruminating of traditional RPG experiences. But it can come close to capturing that wide-eyed excitement, fuelled by extraordinary happenings and foolhardy moments of brazen opportunism, so brash, daring, and outwardly cheeky that only a player inept at the game would attempt them. Play the game as a rookie would, and opportunities for creative exploration pop up at every turn.