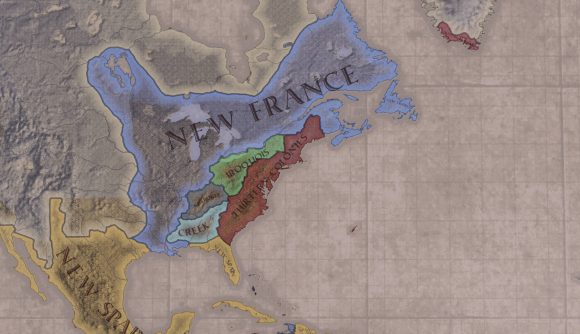 Hearts of Iron 4 alternate history mod Empire, released on February 5,  has you don doublets and bodices to wage war in the final decades of the absolute monarchy. Available to download now, the mod transports Paradox Interactive’s World War II grand-strategy wargame back to the 18th Century, overhauling the game’s map and scenarios to come in-line with the events of the bloody aristocratic machinations of the early 1700s.

Set around events from the turn of the 18th Century, Empire includes a reworked map that reproduces the contemporary national borders and political affiliations of nation-states across Europe – including an expanded Austria, disunified Germany, a joined Poland-Lithuania, and an encroaching Ottoman Empire. New leaders and portraits have been implemented to represent the appropriate monarchs and imperial leaders of the day, alongside new focus trees for many of the major European powers and reworked ideology charts that are more in-keeping with their monarchical attitudes.

Starting in 1699, Empire follows Europe’s descent into war and includes custom scenarios for some of the century's most infamous continent-spanning conflicts. Experience the War of the Spanish Succession – which saw everyone from the Holy Roman Empire, to Portugal, to Britain try to cripple the reach of the Spanish Empire – or hold out for the Great Northern War, and watch as Tsarist Russia prods its fingers into the Swedish Empire's hegemony aross Eastern Europe.

Hearts of Iron 4’s twentieth-century combat might not operationally or technologically translate so smoothly to the 17th Century, but Empire’s creator, who goes by the dubious name of DefinitelyNotStalin, says they’ve tinkered to bring a “genuine ancient regime feel to the game” (how successful this has been remains to be seen – and we’d be interested to hear your experiences with the mod via our social channels linked below).

New events, advisors, and national spirits have been added to aid in the immersion. 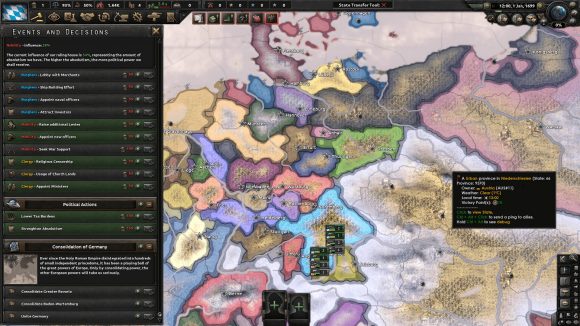 The mod’s description says Empire is a largely solo project that’s been in the works for the last two years, and currently in its Alpha phase. Work on the mod is reportedly being made every day, with future updates looking first to develop the War of the Spanish Succession scenario in more detail and rework tech trees. Developer DefinitelyNotStalin promises further updates and tweaks coming in the future.