Hearts of Iron 4’s upcoming free Barbarossa update and as-yet-unannounced DLC will majorly rework Poland’s national focus tree. Revealed in a dev diary posted to the Paradox Forum earlier today, the update will introduce an entirely new tree, with additional and expanded branches, bringing major political reworks, changes to the independence of Danzig, and a historical Peasant’s Strike event. Release dates for the update and DLC are yet to be announced.

The most notable change is the importance of Danzig, and its role in Poland’s international connectivity. To better align with its historical independence, The Free City of Danzig will begin each Hearts of Iron 4 game as a demilitarized zone, instead of a region controlled by Poland. No longer providing access to its factories, manpower, and resources, Poland will be granted the pernicious ‘Embargoed Economy’ trait to reflect its naval isolation.

The ‘Clamp Down on Danzig’ focus will form the start of a focus new tree, allowing Poland to lay claim to the city-state, at the risk of sparking a rebellion. If you can successfully quell the uprising, you’ll gain control of the city, as well as full access to Poland’s naval branch of the focus tree. But if you fail to bring Danzig under control, it will defect to the German Reich, forcing you to develop neighbouring Gydnia’s port for naval expansion.

Also coming is a new historical event for Poland. Starting each game with a disordered rail network, if you fail to connect the nation’s infrastructure, problems to agricultural supply will incite a Peasant’s Strike in 1937, disrupting your stability, industrial output, and population. 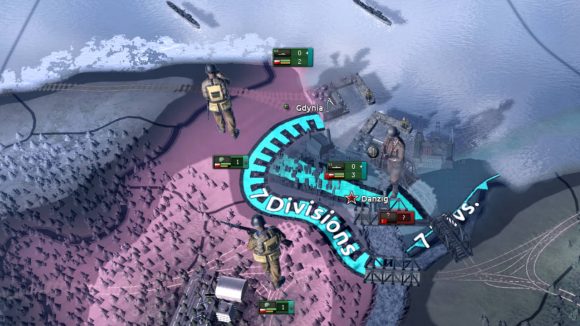 This looks to be no minor inconvenience, with the peasants remaining unruly until agricultural reform is made, and the risk of a populist uprising taking place. The idea being, you’ll have to quell the insurrection before the German and USSR take advantage of your weakened state, or the peasants split into a new nation-state altogether.

And big changes are coming to the Political branch of Poland’s focus tree. Intended to better replicate the political instability and factionalism within the country at the start of the 1930s, the tree will be split into three branches, each reflecting the policies of Poland’s main political movements – the Sanation Left, Sanation Right, and The Castle. 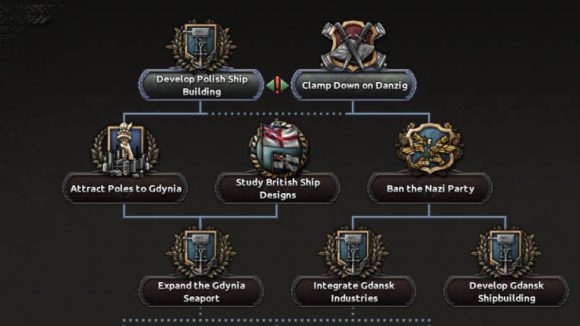 You can fully pursue the policies of one faction, or pick and choose between them. The dev diary says you’ll have to balance your choices, or risk upsetting any ideology you’ve left out in the cold and sparking civil war. It’s also now possible to oust Poland’s starting President, Ignacy Mościcki, and replace him with the leaders of the Sanation Left or Right.

Each faction’s branch eventually leads to the ‘Align with the West’ focus, but also grants access to specific diplomatic possibilities. A full Polish Revanchism branch grants the annexation of Lithuania and a Polish-Czechoslovak confederation, and the hugely expanded ‘Between the Seas’ branch allows for possible alliances across the breadth of Europe, including with the Baltic states, Austro-Hungary, Greece, Norway, and eventually Italy. 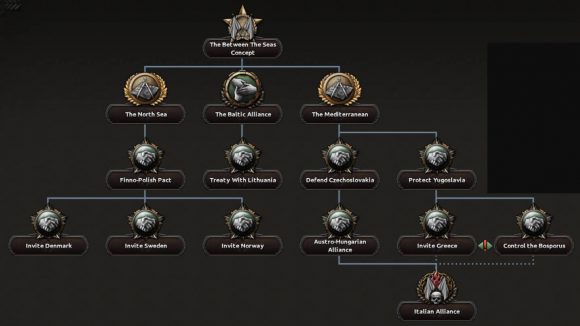 Other changes have been made to the Industrial branch to bolster early focuses with greater bonuses and factory earnings, as well as providing greater boons to construction and consumer goods to aid Poland’s armament in anticipation of German and Soviet advances.

Relatedly, the ‘Prepare for the Next War’ branch of the focus tree has been given a comprehensive expansion, allowing you to prepare defences against the German invasion from the East, or Soviet invasion from the West, but not simultaneously. You’ll have to fully complete one tree before starting the next. 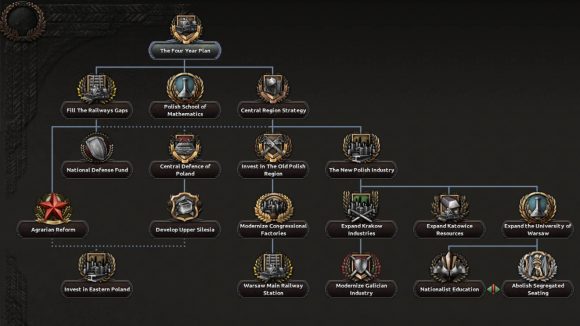 Quite the rework. The dev diary also stipulates that “much of” what has been revealed today will be available in the free update, with next week’s diary entry exploring what the upcoming DLC will add.

If you can’t wait for the upcoming update and DLC, read our guide to the best Hearts of Iron 4 mods and our DLC guide, to get tinkering now.