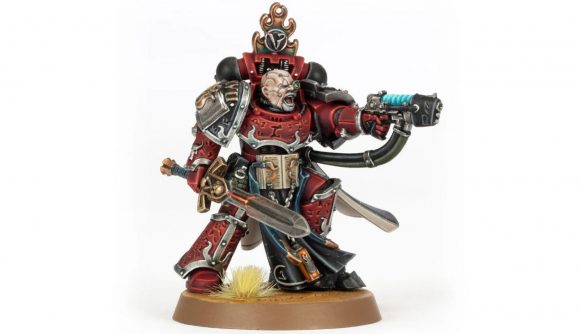 Forge World, Games Workshop’s small-batch speciality miniatures workshop, has today revealed some two new Praetor models for the Word Bearers Legion in The Horus Heresy – one in standard armour, one in Terminator plate. They’re up for pre-order now, and are set to ship out in a week’s time, on April 2.

As hobbyists have come to expect from Forge World’s no-holds-barred, lore-obsessed custom mouldsmiths, these sculpts are dripping with personality, covered in eye-catching details to make them a Word Bearers fan’s dream. Both are clad in power armour etched all over with the spooky cuneiform runes of their Primarch Lorgar’s home planet of Colchis, and both embellished with the symbolic devices of their mystic Legion: books, flames, and demonic skulls. Half of the Terminator Praetor’s damn armour is on fire – the better to effect his ritual purposes in or out of battle, presumably.

Point is, these chaps are spectacular scions of the first Legion to turn to Chaos. Sadly – and also as one must expect of Forge World – they’re going to cost you, in both money, and the labour hours it’ll take to prepare their fussy resin construction for painting and playing with. The Terminator Praetor below clocks in at $41 / £26, while the less chunky power-armoured variant above will set you back a mere $35 / £22. 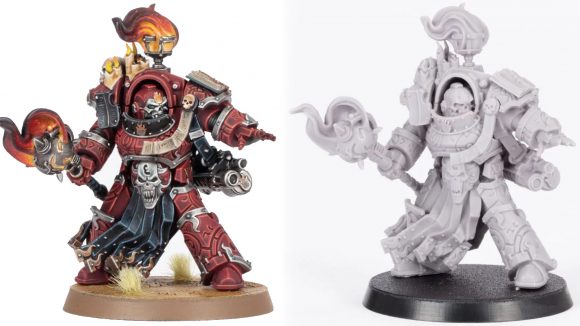 It plays, effectively, on a modified version of Warhammer 40K’s seventh-edition ruleset (that’s two editions before now, history fans) – with game mechanics a lot crunchier and more detailed than those to be found in either the 40K or Age of Sigmar of 2021.

And, since all the Horus Heresy models are made and sold by the Forge World part of the business, where production runs are smaller and more focused, the kits are markedly more expensive – so if you’re thinking of getting into The Horus Heresy, you really want to be sure the treasury can fit the bill.

Regardless, the game remains pretty popular even now, and you’ll normally be able to find an opponent at your Friendly Local Games Store (if you look hard enough). After all, the Horus Heresy novels from Black Library are fundamental reading on the Warhammer sci-fi universe, essential background knowledge in Warhammer 40K lore, and the narrative backbone of many fans’ love of the hobby. 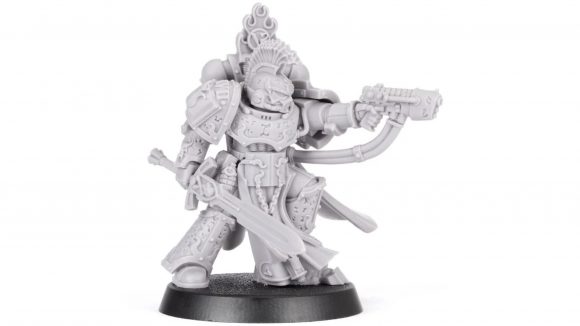 There are very few serious 40K players who don’t harbour a secret (or open) dream of owning their own Horus Heresy (or 30K) army, and any one of us could take the plunge on any given day. These rune-covered red bois certainly have us tempted…

Want to learn more about the factions of the far future? Check out our guide to Warhammer 40K’s Imperium factions – or, if you’re a Word Bearer at heart, look up our Chaos factions guide instead. Or leave humanity behind entirely, and have a read of our guide to Xenos in Warhammer 40K.