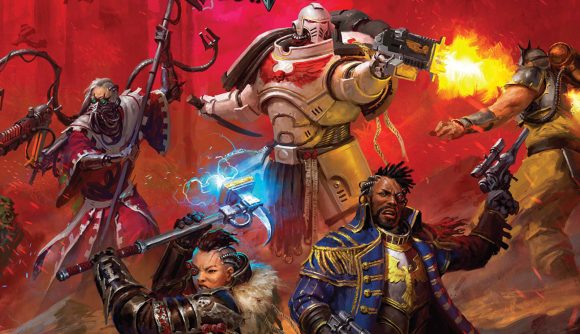 Warhammer 40k tabletop RPG Wrath & Glory is bringing heretical sleuthing to the grimdark future. Vow of Silence, the third adventure in the upcoming sourcebook Litanies of the Lost from publisher Cubicle 7, has today been made available to download as a PDF for all those who have pre-ordered the book, and will have you rummaging around an eerie monastery, hot on the tails of its mute monks for any whiff of heresy.

Set in Hephesteum’s Rest, a monastery of silent priests who toil to create the Emperor of Man’s psychically charged, much-coveted, and not-at-all-occult-like deck of Tarot cards, you and your trusty band of armoured adventurers must investigate the religious retreat for expected heretical activity. While sniffing out potential heretical activity, your scouting soon turns sour when the Great Rift introduces some new, murderous, guests into the mix.

As well as the new narrative adventure, Vow of Silence includes a rendered map of the monastery, plus pre-made NPCs and enemies for gamemasters to field in their party’s adventure.

Litanies of the Lost sourcebook, which is expected to release physically in the third quarter of this year, contains four new scenarios for Wrath and Glory, all exploring the tumultuous political strife and dangers of the Gilead System. They have been written with Tier 1 and 2 characters in mind, and can be played as standalone adventures or combined into an existing campaign.

Besides Vow of Silence, two other scenarios have been already been digitally released for those who have pre-ordered the book. Duty Beyond Death plunges you into the mutated realms of Pakthertius Servitor Manufactorum to discover its arcane technological secrets, while Dark Bidding tasks your party with procuring a stolen stasis coffin, before its mysterious contents lead you deep into the technological tunnels of the Adeptus Mechanicus’s underworld. 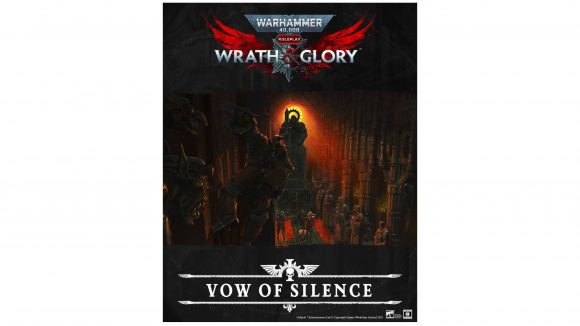 Litanies of the Lost’s final adventure, Grim Harvest, is yet to be completed, although Cubicle 7 says it expects to finalise the scenario within the next few weeks. The adventure puts you at the centre of a series of plots and murderous schemes on the agri world of Ostia, as you navigate the feuding faiths of competing Imperial factions.

With an expansive body of lore spanning millenia and touching on more esoteric factions and allegiances than there are sprues in the universe, it’s easy to feel lost in Warhammer 40K. Read our Imperium faction guide, or its Xenos and Chaos equivalent, for a refresher.