Quirky Collectible Card Game Keyforge is getting a cooperative, PvE mode called Keyforge Adventures, publisher Fantasy Flight announced yesterday. The new game mode initially comes in the form of two free-to-download adventures, which each pit one to three players – and their chosen Keyforge decks – against a pre-constructed, automated deck that replaces your usual human opponent.

The first, Rise of the Keyraken, is due in late April, and has you racing to take down a vast, tentacular undersea boss. The follow-up, The Abyssal Conspiracy, is slated for May, and has you exploring nine different location cards – in the manner of a tabletop adventure card game like Arkham Horror – searching for aquatic clues and enemies to fight.

In each case, you’ll download a custom, automated deck that dictates your enemies’ actions – with cards that trigger actions against you, summon creatures to take you down, or spawn in artifacts for you to deal with (one way or another). When battling the Keyraken, you’ll have to carefully manage how you spend your in-game Æmber resources, between fuelling stronger attacks on the boss, and forging keys to weaken it indirectly. In The Abyssal Conspiracy, meanwhile, Æmber is shared between players and must be spent to move between locations – making for a bit of puzzling, action-economy gameplay.

The news comes as something of a sweetener, on the same day as Fantasy Flight’s announcement that the game’s fifth full ‘set’ of new cards, Dark Tidings, is delayed again, from the latest planned release of today – March 12 – to as late as mid-April in some countries, blaming shipping delays in some ports.

The firm also says it’s suffered a system failure in its Keyforge Vault website (where players can log and register their decks to view them online) – meaning that even players that do get their new Dark Tidings decks sooner will not be able to register them digitally until the problem gets fixed. The publisher says it’s working “around the clock” to resolve this. 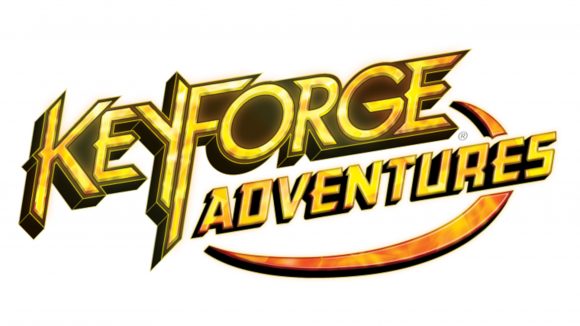 Keyforge is unusual among CCGs, in that you don’t buy selections of cards (random or otherwise) and then manually ‘build’ a deck to your own specifications from the pool of cards you’ve collected.

Rather, with each new set, you buy pre-made, completely randomised sealed decks which may contain any mix of the cards included in its given set (in what Fantasy Flight claims could be over 104 quadrillion possible combinations). It’s like buying random booster packs of Magic: The Gathering – except the booster pack is your deck, for better or worse. 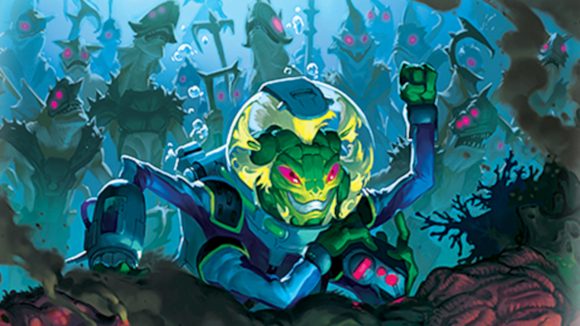 There have so far been four full ‘sets’ of new Keyforge cards since the game’s original launch in 2018: the original Call of The Archons set, followed by Age of Ascension and Worlds Collide in 2019, then Mass Mutation in July 2020.

The next set, Dark Tidings, was originally scheduled to release in February 2021, then delayed to March 21 due to shipping problems, before today’s announcement pushed it back further for many players.

Rather get back into the big dog of CCGs? We got you – check out our Magic: The Gathering deck-building guide. Alternatively get on board with our collection of the best strategy board games.