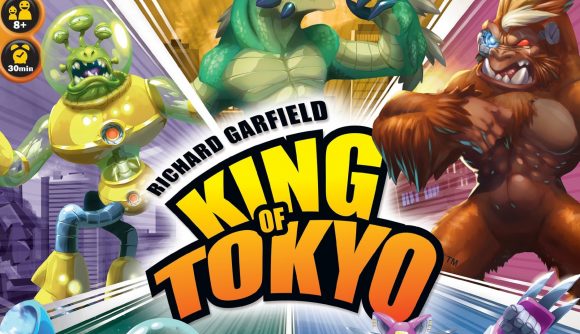 Megabeast-battling board game King of Tokyo is getting a new, all-in Monster Box edition, including its two mainline expansions, plus a new playable monster, and other bonus content, according to a Boardgamegeek (BGG) listing page that appeared on Wednesday.

While the Monster Box hasn’t appeared with any official details on publisher IELLO’s site, the BGG profile (which the site attributes to IELLO) says the box will come with the Power Up! And Halloween expansions, as well as “a brand new version of Gigazaur, exclusive cards and a new dice tray, some much needed bonuses to destroy Tokyo in style”. Like the base game, the Monster Box is still listed as being for two to six players, with a 30-minute playtime and an eight-plus age rating.

With no official publisher confirmation, we don’t have any release or pricing details for this new edition yet – but BGG has some pretty snazzy-looking marketing photos showing the box and contents, including a rear-side packshot that seems to show details of the bonus content (it’s a Baby Gigazaur, folks – and 11 exclusive cards, no more, no fewer).

We’ve reached out to IELLO for confirmation, and further details on the Monster Box, but haven’t heard back so far. We’ll update this story as we get any additional info from the firm. 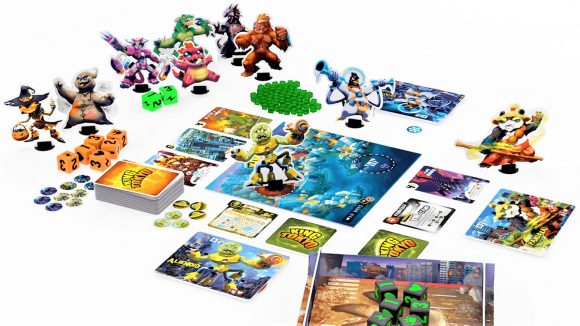 Since King of Tokyo’s original release in 2011, the game has gone through two more versions: the second in edition, in 2016, and a noir-and-neon themed Dark edition, which came out in early 2020.

It’s received six expansions in total – the two chunkier ones included in the Monster box, plus four Monster Packs, each adding a single new monster, playable both in King of Tokyo, and the sister game, King of New York (Cthulhu, King Kong, Anubis and Cybertooth, respectively). These, it would seem, are not to be included in the Monster Box.Originally an online TCG retailer, the France-based IELLO moved into localising board games into French in 2008, before starting to publish its own games in 2009. Its American subsidiary IELLO USA launched in 2012, and now handles the majority of its global games business.

Craving some tactical tabletop turn-taking? Check out our guide to the best strategy board games. Or go far, far away for the best Star Wars board games.