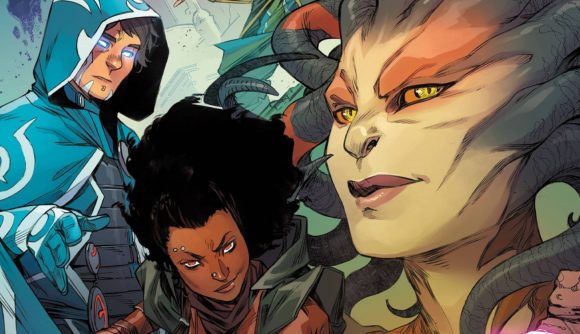 MAGIC follows Guildmasters Ral Zarek, Vrasks, and Kaya as they band together to escape deadly capture by assassins, travel across the plane of Ravnica, and covertly infiltrate the wilds of Zendikar. They’ll be forging a tenuous alliance to uncover the secrets of those that hunt them, before facing off against a mysterious, as-yet-unrevealed MtG character in a final showdown. It will be a unique story of beloved characters and shocking reveals, says BOOM!, which it hopes will please both new Magic: The Gathering players and long-time fans of the collectible card game and its adaptations.

“It is amazing to be able to tell a story in the universe of a game I have been playing for over 20 years,” said Guara in a press release.

“I battled the Affinity deck and watched the Phyrexian take over Mirrodin,” he added.

“I was actually finishing a new Commander deck when the proposal came, so you can imagine just how excited I am to be working on this series, and bringing this world alive for fans everywhere!” 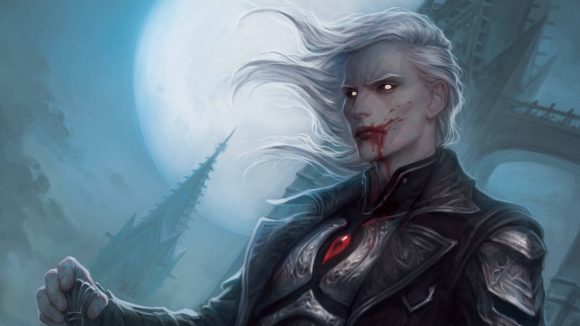 “Twenty-five years ago when I was digging through the commons and uncommons bin to build my first deck, I would never have thought that one day I would be handed the reins to the Magic: The Gathering comic, but here we are!” said MacKay.

“I’m extremely psyched to be digging into the world of MAGIC and all that entails, and can’t wait for all of you to see what we’ve been cooking up for you!”

Want a heads-up on how to get started? Read our guide on how to build a Magic: The Gathering deck.