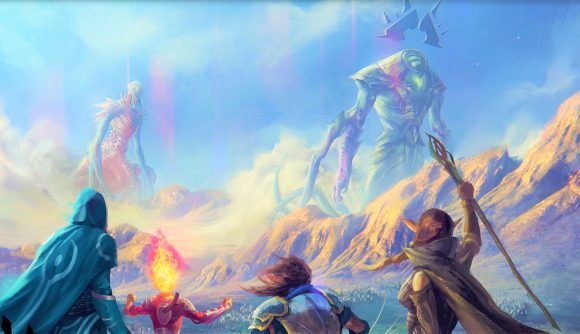 Workers at the Bellevue, Washington location of Mox Boarding House, a chain of restaurants and game stores owned by Magic: The Gathering card retailer Card Kingdom, have announced they are forming a union, and requested voluntary recognition of their movement by June 24. This comes just two months after Card Kingdom workers began their own bid for unionisation.

The group, going by the name Bellevue Mox Organised Workers, declared its unionisation efforts via Twitter on Monday, June 13, in the form of an open letter to the company leadership. It says it’s seeking better security, transparency, and compensation for its members. The Mox Boarding House employees say they’re organising with the Communication Workers of America, a large Washington-based union that represents 700,000 workers in a range of industries including communications, media, and customer service.

Bellevue Mox Organised Workers’ open letter draws upon Card Kingdom’s mission statement, to “use tabletop gaming as a campfire to cultivate deeper relationships with ourselves, our communities, and the world”. It says that “unionization, democratization of the workforce, and collective bargaining deeply align with our mission, both as a company and as people.

“As it stands, however, we do not feel a party to the warmth and protection of the campfire,” the group’s open letter continues. “We find ourselves crowded together splitting cramped apartments, working second jobs, and skipping meals just to barely make rent.”

We, the workers of Mox Boarding House Bellevue, are announcing our unionization with the Communication Workers of America (CWA). We request voluntary recognition of our union by close of business on June 24, 2022.

Bellow is our letter on intent describing our needs and reasoning pic.twitter.com/iyEg5x6pOg

It also alleges that “stories of being harassed, cornered, and harshly judged by management have become the normal”, and that attempts to resolve these problems “encounter stonewall tactics and numerous other forms of delay and denial”.

Just a few months ago, Card Kingdom employees formed their own movement for unionisation, Card Kingdom Union, on April 21, citing an explosion in the MTG singles market that was not reflected in their pay.

The open letter by Bellevue Mox Organised Workers (BMOW) refers to this movement. “Since the CKU announcement, Card Kingdom has taken some important steps to address some of these concerns, but we need and deserve something more permanent to protect both ourselves and those who come after us.”

BMOW provides a list of demands in their letter, including a Seattle metro living wage for all positions, severance pay in layoff situations, greater transparency in the employee review process, and strong protection regarding meal and rest breaks.

“We believe in that campfire, that shining beacon that we provide the world as much as we are able,” the open letter concludes. “We would just like to keep warm”.