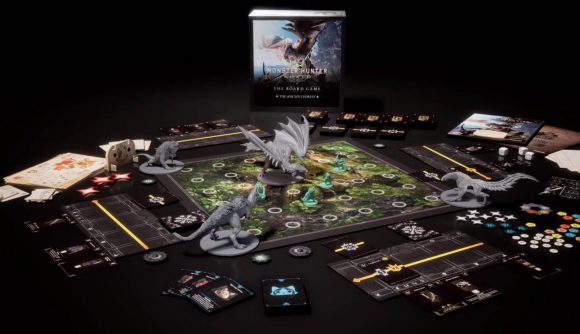 The highly-anticipated Kickstarter campaign for Monster Hunter World: The Board Game went live today, and reached its funding goal in less than 15 minutes. Designed by Steamforged Games, the upcoming adaptation of the titular videogame will replicate the core gameplay loop of its namesake using tactical cardplay and gargantuan miniatures across a cooperative adventure. The Kickstarter campaign will run until April 30.

Launching with the Ancient Forest and Wildspire Waste core boxes, the sets include different monsters and playable hunters, totalling a total of nine monster miniatures and eight hunters between them. Steamforged says that each monster will boast different in-game behaviours. Hunters, too, are distinguished by their weapons, and will reportedly play with distinct playstyles and attacks.

The monster sculpts directly replicate those beasts found in the Monster Hunter World videogame, and include the flying pukei-pukei, crowned Barroth, vulture-like Anjanath, and bipedal fish Jyuratodus. The biggest of them, however, is the Kushala Daora. Standing at nearly a foot tall, the model is available as an add-on, or through the campaign’s highest pledge level.

The Kickstarter campaign also includes the Hunter’s Arsenal expansion, adding more hunters of different weapon types. Following Steamforged’s announcement last week that it had added the lance and hunting horn as usable weapons in the add-on in response to community feedback, Monster Hunter World: The Board Game now includes all 14 weapon types from the videogame. 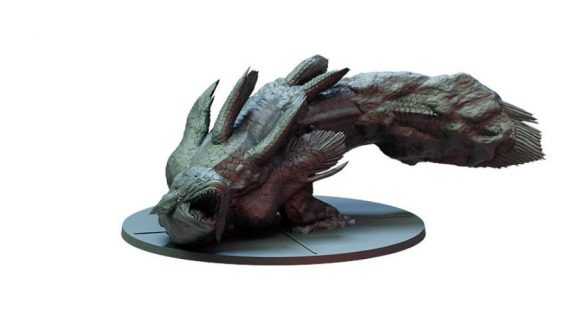 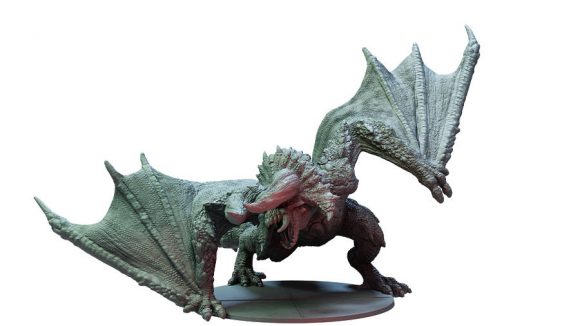 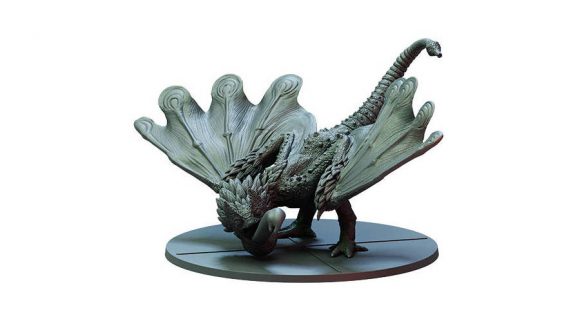 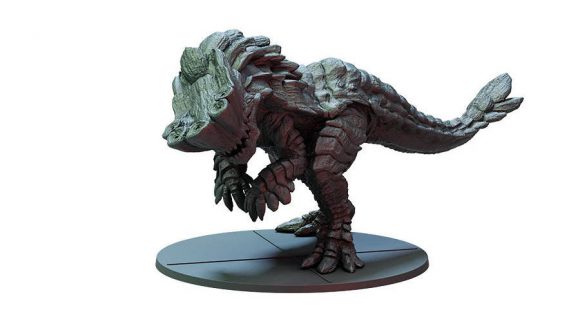 You can grab the Ancient Forest core box, with four monsters, four hunters, and their assortment of cards and tokens for $70 / £51, or double your pledge to $140 / £102 to net the Wildspire Waste core box alongside it. The second core box brings an additional five monsters, four new player hunters, more cards, another ‘questbook’, an additional game board, and all unlocks to be revealed as the crowdfunding campaign progresses. 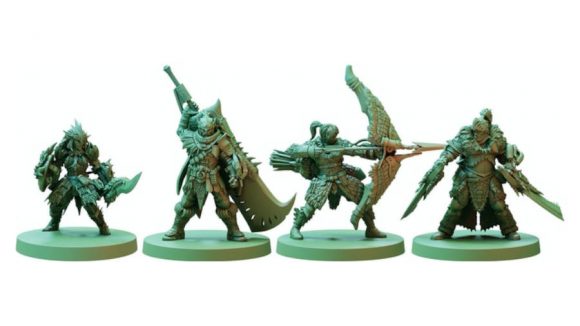 Steamforged says the core sets can be combined into a single campaign, allowing you to mix the hunters, monsters, and quests of both boxes. You’ll also be able to combine the weapons and crafting equipment of both sets, with sufficient duplicate attack cards included in each.

Monster Hunter World: The Board Game’s Kickstarter campaign doesn’t include any stretch goals, but instead uses a system of daily rewards, revealing new content to be automatically included in the two highest pledge levels, but not added to the lowest contribution tier. These look to bring mainly cosmetic additions to the game. 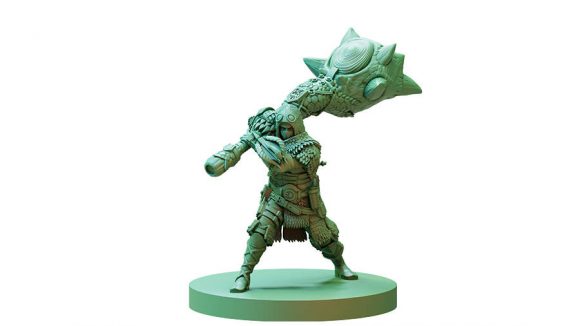 Played between two to four players in a “choose-your-own-adventure-style journey”, Monster Hunter World: The Board Game has you take on the role of a hunter, having to track monsters, gather resources, prepare for battle, and trying to take down goliath beasties, before looting their corpses for trophies and upgrades.

Players can craft and equip upgraded weapons, and spend time learning about their prey before embarking on the hunt. Doing so will provide new cards to build their attack deck, providing a combat advantage in each multi-stage battle with each monster. 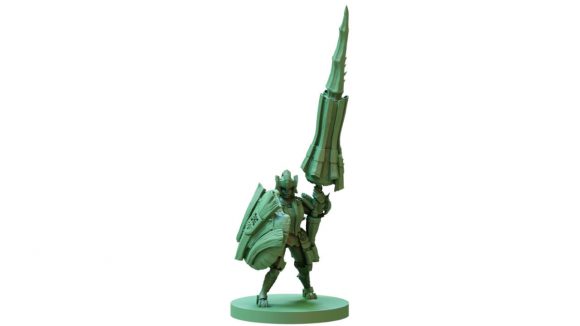 This isn’t the first videogame that Steamforged has adapted for tabletop playing. The publisher released Horizon Zero Dawn: The Board Game last year, a Resident Evil 2 adaptation in 2019, and a Dark Souls board game in 2017. They’ve also produced titles using original licenses, such as the streamlined fantasy skirmisher Godtear and their line of TTRPG encounters-in-a-box Epic Encounters. 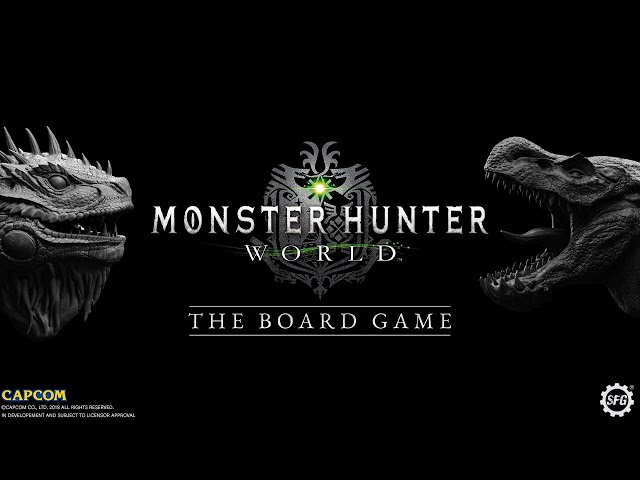 Like what you see, but can’t wait until 2022 to embark upon the hunt? Read our guide to the best strategy board games, or the best tile games, to find where next to take your tabletop cravings.