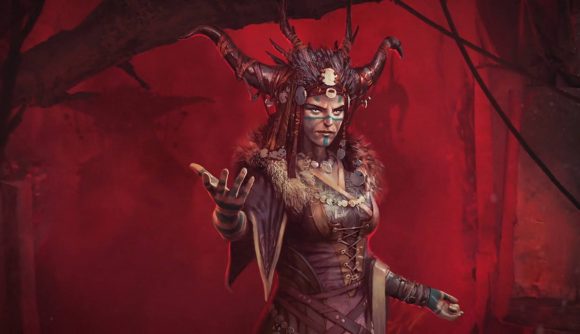 Fantasy miniatures skirmisher Mythic Battles: Ragnarök hit Kickstarter yesterday, and was fully funded in a flash. The upcoming miniatures game that sees you command a Norse god, and field a battalion of mythological heroes, monsters, and mortal troops to battle for divine domination has, as of press time, reached close to £600,000 in pledges. It will be live on Kickstarter until April 19.

A miniatures wargame for two-to-four players, Mythic Battles: Ragnarök is similar in design to its predecessor,  2017’s Mythic Battles: Pantheon, but replaces the original’s Ancient Greek theme for Norse mythology. You’ll select a god of the Norse pantheon, and build your army around their divine powers, assembling heroes, monsters, and troops to your cause, while bolstering your army’s stats and abilities with ‘Jarl’ upgrade cards.

In typical skirmish fare, players take turns to activate their units, move them across the board’s areas, use abilities, and roll bespoke dice to damage their enemy’s forces. As you might expect, gods, heroes, and monsters act as elite units, bringing heavy-duty powers and granting supportive boons, while troops are squishy and expendable, and can be returned to the battlefield after they are defeated. You’ll also be claiming ‘runes’ as objectives, and can play Ragnarök as a one vs. one skirmishers or in team battles.

Although a skirmish game at heart, Ragnarök also includes an adventure mode, in which you can follow pre-determined scenarios, each with particular rules and army-building conditions, in a scripted adventure, with many encounters inspired by the myths and legends of Norse mythology. 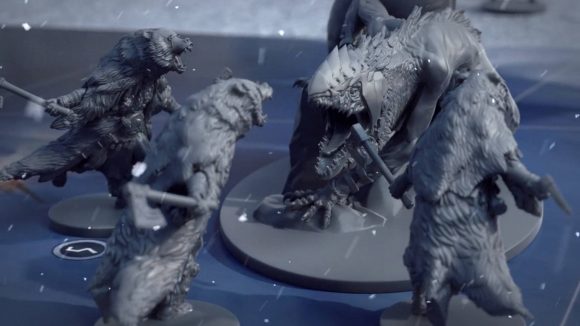 Check out the rulebook here.

The god miniatures will reportedly average at 65mm scale, with some titans standing at 100mm, towering above the human troops,

You can grab the Mythic Battles: Ragnarök core box and all its Kickstarter campaign’s stretch goals for $119 / £86, or can pay $299 / £216 for the ‘all-in pledge’ level to get the core box, a slew of expansions, gameplay accessories, and artwork. The add-ons, which add more units and miniatures to the game, can also be purchased separately. The stretch goals include new miniatures, including Garm (the skeletal guard dog of Hel), Ratatosk (a giant messenger squirrel), and Viking warrior Egill.

Alongside the Ragnarök’s Kickstarter campaing, Mythic Battles: Pantheon is also available to buy on the campaign page for $135 / £97, or $239 / £172 for both games. 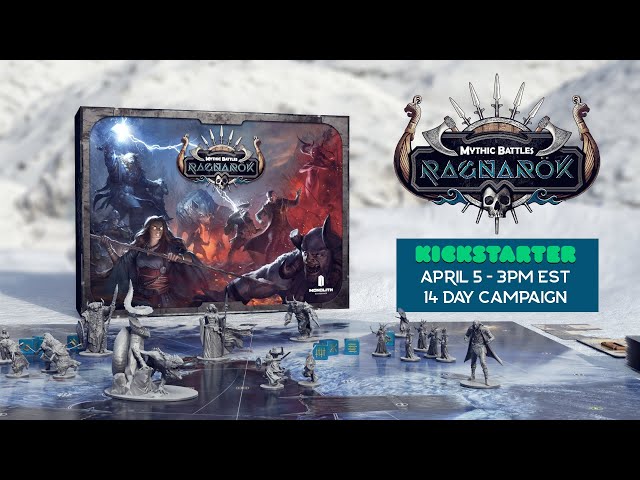 Although it looks look Ragnarök will be mechanically very similar to Pantheon, publisher Monolith has highlighted some changes between the two, emphasising the alterations made to terrain rules, rune abilities, and the use of powerful Titan units.

If you’re keen to flex your tactical  muscles, but can’t wait to get Ragnarök on the table, read our guide to the best strategy board games, to find out where next to take your tabletop techniques.