The battle has not gone well. With most of my forces squashed, I’ve only a few units left. I move my Mud Mump up for a final attack, roll a handful of dice, and cut down the enemy Graveghoul where it stands. Now comes the fun part. Putting on my ‘caster ring’, I close my fist, and punch the enemy model into a smushed playdough pancake. There’s nothing better than seeing your opponent’s forces literally smashed into the table.

This is Necromolds, a miniatures wargame with a novel twist. Out with historically reverent models of gun-toting soldiers, grimdark fantasy creatures, and satirically fascist Space Marines, and in with playdough monsters that look like they’ve been ripped from a Goosebumps novel. It’s wargaming-lite, designed specifically to introduce children and curious adults to the hobby by removing the physical and financial barriers of entry.

It works a treat, too. Players don’t control vast forces of plastic minis, but handfuls of playdough monsters that are moulded before each game. Rules are intuitive and come in three levels of difficulty, allowing for fast matches that keep pace. There’s no bloated lore to read beforehand or finicky turn phases that will take an age to memorise. If you’re looking for a wargame to play with kids – and don’t think they’re up for even a light version of Age of Sigmar or Warhammer 40k – you could do little better than Necromolds.

First and foremost is the playdough. Before every battle, players grab a pot of the stuff, and create whatever assortment of monsters they want using the included moulds. Rolling up balls of playdough before squishing out anthropomorphic coffins and giant bugs is about as fun as you’d expect it to be (so, very) but it’s also a neat way of simplifying army building. No minis to paint, no points to count, and no unit formations to stick to; you’re only limited by the amount of playdough in your pot, and the one rule that none of your monsters can have any holes in them. 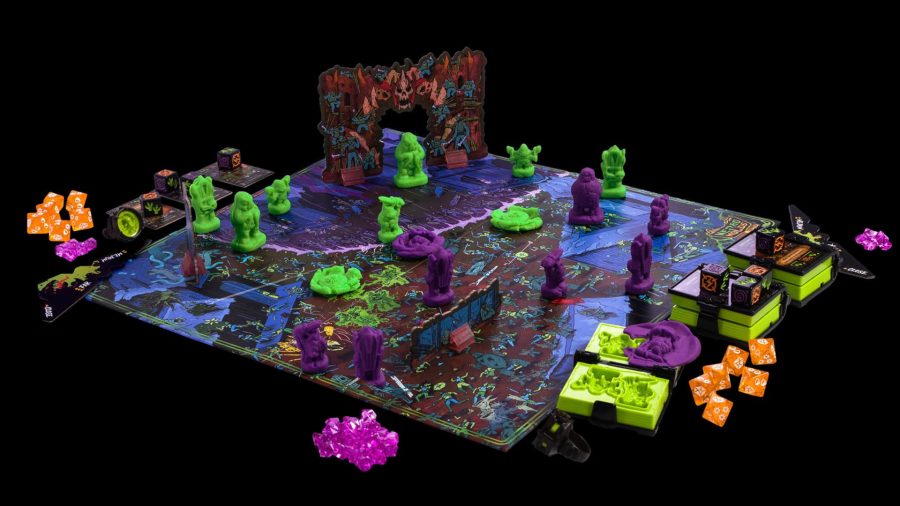 It’s a gimmick, but a charming one that effectively knocks down one of the primary hurdles facing wannabe wargamers. That charm extends across the rest of the game, too. The monster moulds (three are included in the game’s starter ‘battle box’ set) are shaped like spellbooks, mimicking the game’s premise of wizards summoning arcane monsters to fight for domination of the land. Even the illustrated game board is a Where’s Waldo (Wally, for your Brits) of fantasy characters. This might be a game for kids, but it doesn’t skimp on quality.

When it comes to the gameplay, simple is the word of the day. Players take turns moving their units across the compact board before making attacks. Shove yourself into an enemy to engage in melee, or position yourself close enough to make a ranged attack, fighting works the same either way. Both players roll the number of attack or defence dice listed on their unit profile, and whoever has more hits wins. There’s no wounds or life counting, either. If you lose a fight, that’s it, your model is crushed in front of you by your opponent.

There are some additional mechanics. You can accumulate and spend gems to add extra dice to your rolls. Given the simplicity of the head-to-head combat system, that can make all the difference in a pinch, but the basis of this game is very much luck. There are no tactics to consider. You’ll be moving your units forward and hitting the closest enemy. You might try rock-paper-scissoring the fight to take advantage of units’ differing melee, ranged, and defence stats, and the advanced rules allow for neighbouring units to bolster the defence of nearby allies, but it’s all very surface level. 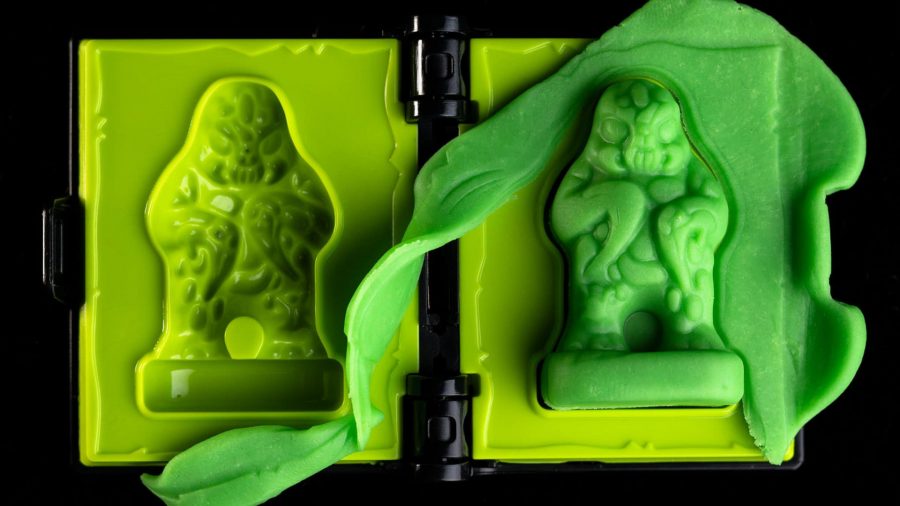 And that’s no bad thing given the game’s pitch. Those who have no experience with wargames, or board games in general, won’t have a hard time picking up the turn order and action sequence here.

The most demanding element of the game comes at the start of each round, when players assign commands to their units. It’s a tried and tested process: roll a bunch of dice, before allocating their results – move, ranged attack, magic, or wildcard – to your units. You’ll never have enough commands for all of them, so you’ll need to think shrewdly about the most pertinent choice of play.

Prize picks: These are the best board games to play in 2021

It all makes for a wonderfully straightforward game. The rulebook is packed with examples that will clear up any confusion, and even has an appendix filled with bitesize lore explainers – just in case you want to prepare the young’uns for their future Black Library obsession. 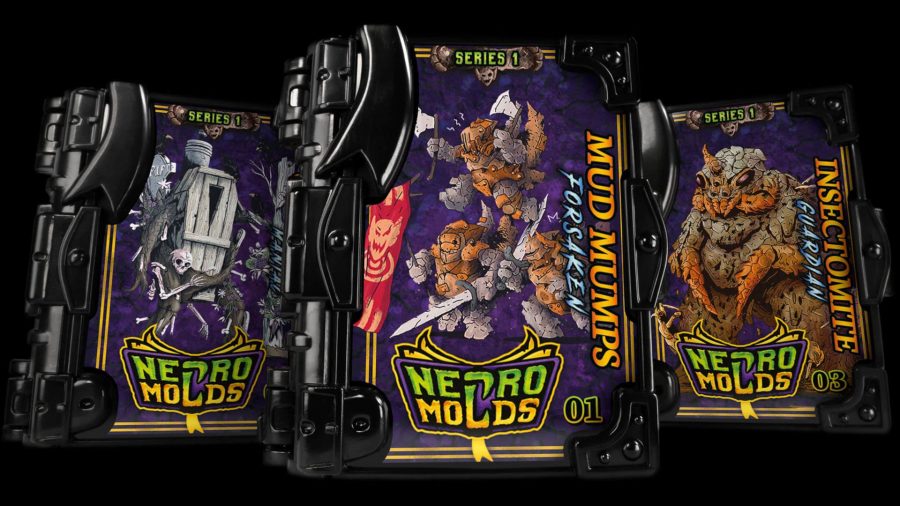 But despite this simplicity, It’s rather incredible just how many wargaming tropes are found within Necromolds. There are rules for deciding initiative, positioning terrain pieces, assigning commands, using line of sight, measuring range, as well as guidance for constructing your first army. They’re straightfoward, mind, but it’s impressive just how many beats the game hits. If this is supposed to be a beginner’s tutorial to playing miniatures wargames, it does a fantastic job of introducing the main elements of the genre.

Necromolds knows exactly what it is and meets its brief fantastically. For a game that’s deliberately stripped back, lightweight, and targeted towards kids, I’ve had just as much excitement pushing around blobs of playdough as I have moving extensive ranks of plastic soldiers across the table. Not only is this a kid-friendly gateway game into the world of wargaming, it’s one that parents will enjoy playing, too.