Want to play Warhammer 40k, but have no idea where to start? We don’t blame you – Games Workshop’s sci-fi tabletop wargame is bigger than it’s ever been, and there’s a dizzying array of shiny boxes to choose from, including three different Warhammer 40k starter sets. Which army to get? Which ones are supposed to go together? Do I have to paint them? What do I need to play a game? How do I even play? It’s easy to get hung up on such questions, and miss out on all the fun.

Well, good news – we’re going to cut through all that nonsense and make things dead simple. Warhammer 40k is indeed a very deep hobby with myriad options – but, to play your first games, you don’t have to make any decisions, spend a bunch of money, or paint anything. All you need is one $43 Warhammer 40k starter set from Amazon, a free afternoon, and a buddy to play with. Yes, really.

In this beginner’s guide, we’ll run you through the (easy as heck) Recruit Edition starter set, and offer a handful of simple tips on what to do with the bits you find inside, and playing your first tabletop battle (you don’t even need a table, by the way – the floor works just as well).

We’ll also include a plethora of helpful links to our other Warhammer 40k guides at the end, to help you with your next steps (once you’ve played one far-future battle, you’re going to want to play a lot more). We bloody love Warhammer 40k at Wargamer – we write about it every single day, after all – so if there’s something worth knowing about it, you can learn it from us!

So, without further ado…

Here’s how to play Warhammer 40k: 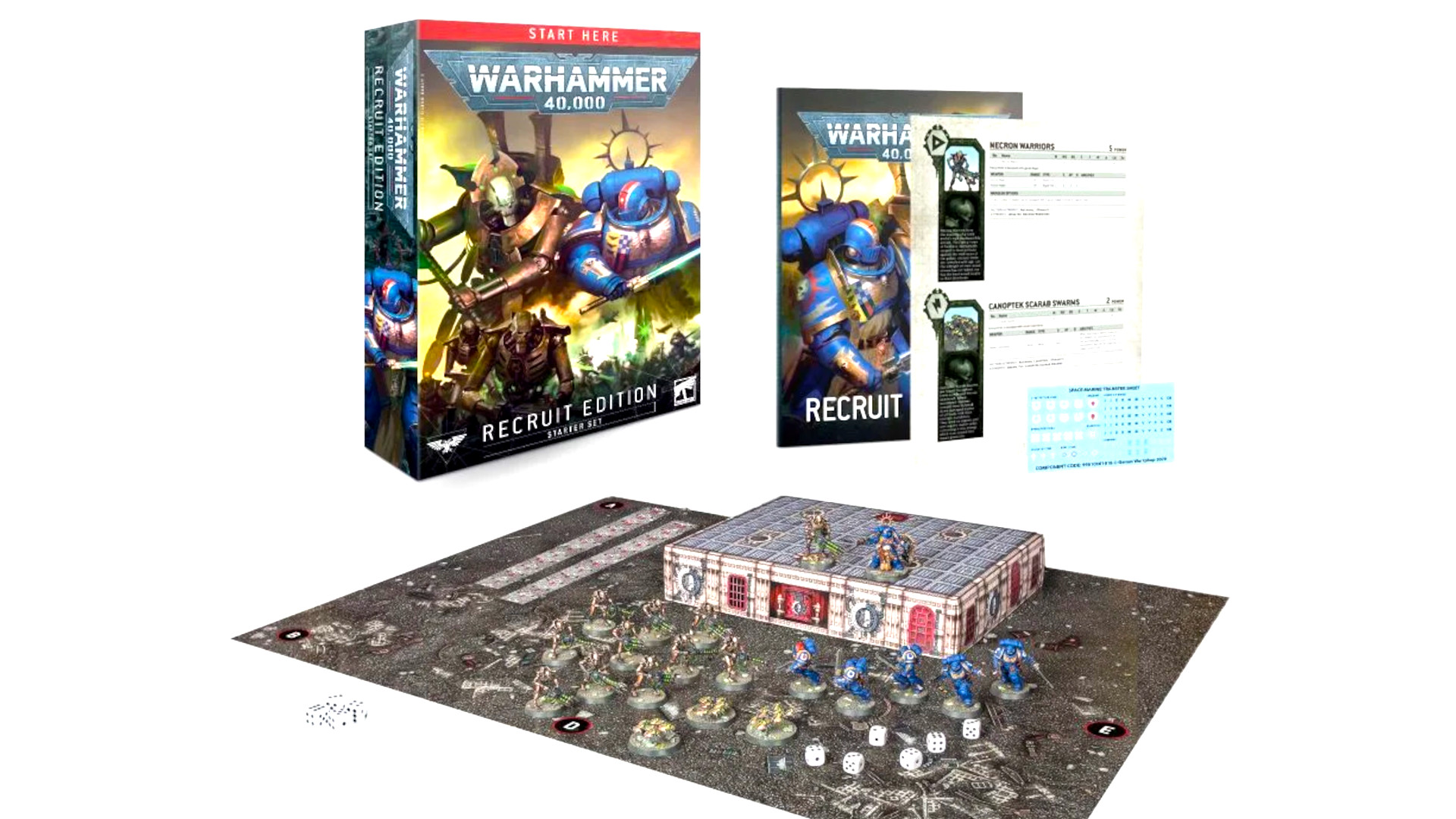 Yes, there are three different Warhammer 40k starter sets, running from the Recruit Edition ($42.50) through the Elite Edition ($99) to the Command Edition ($185) – but, for now, forget those second two. You don’t need that many miniatures just yet.

At less than fifty bucks, the Recruit Edition starter set is cheaper than the average board game, and includes everything you need to get started – 20 plastic miniatures; a booklet of all the basic rules; a bag of dice; plastic rulers to measure how far your little guys can shoot; and a paper mat printed with sci-fi landscape to play on. The box itself even flips over to make a building for terrain in your game!

You get six chunky Space Marine models for one player to command, and 14 spooky, robotic alien Necron models for the other. They’re all awesome-looking, relatively new designs – and the two small armies play a little differently from each other, too, giving you a feel for the variety of possible strategies in the game. We challenge you not to fall in love with the Necron Canoptek Scarabs (or the Primaris Space Marine Lieutenant, if he’s more your jam). 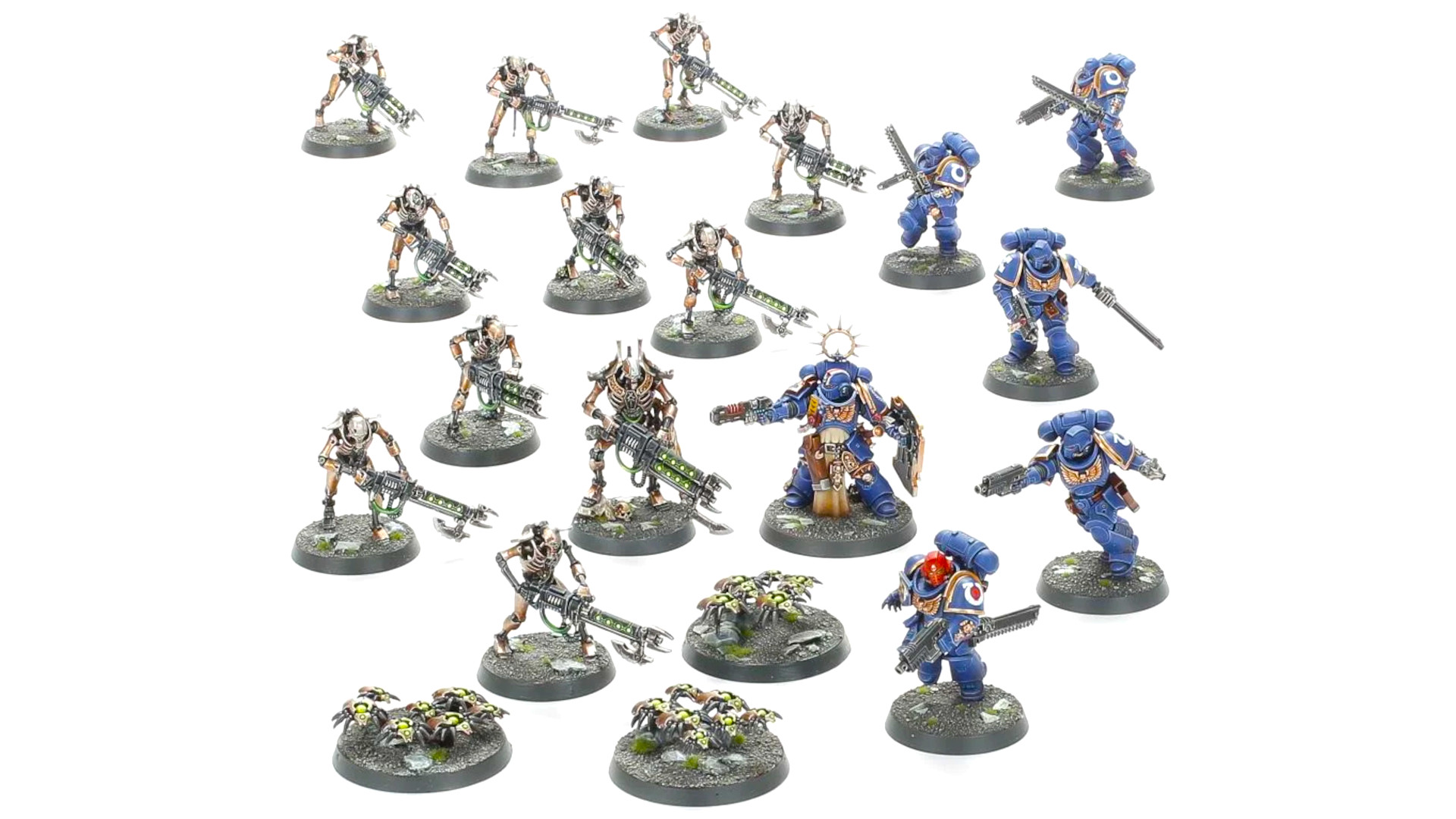 2. Put the models together

Got your Warhammer 40k starter set, Recruit Edition? Good. Open ‘er up and you’ll see a bunch of plastic pieces in frames (called sprues). Those are your Warhammer miniatures – Space Marines and Necrons – and it’s time to build those suckers.

Now, it’s easier to cut the pieces off the sprues using modelling clippers or cutters – but you don’t need them; a solid pair of household scissors will also work. You might leave some messy bits of plastic when cutting; that’s fine. It doesn’t matter. This is about starting to play, not winning painting competitions.

Most Warhammer models need glue to put together – but these ones don’t! Follow the printed instructions and press the pieces into place to form your models. Don’t worry too much about them looking super neat, and try not to press too hard and break anything.

If you do snap off a bit here or there, though, don’t worry – these dudes are going to be in a futuristic war; they’re going to have some wounds. Once they’re all built and stuck into their little black bases, it’s time to lay out that paper mat, flip the box to make a sci-fi building on top, and prepare for battle. 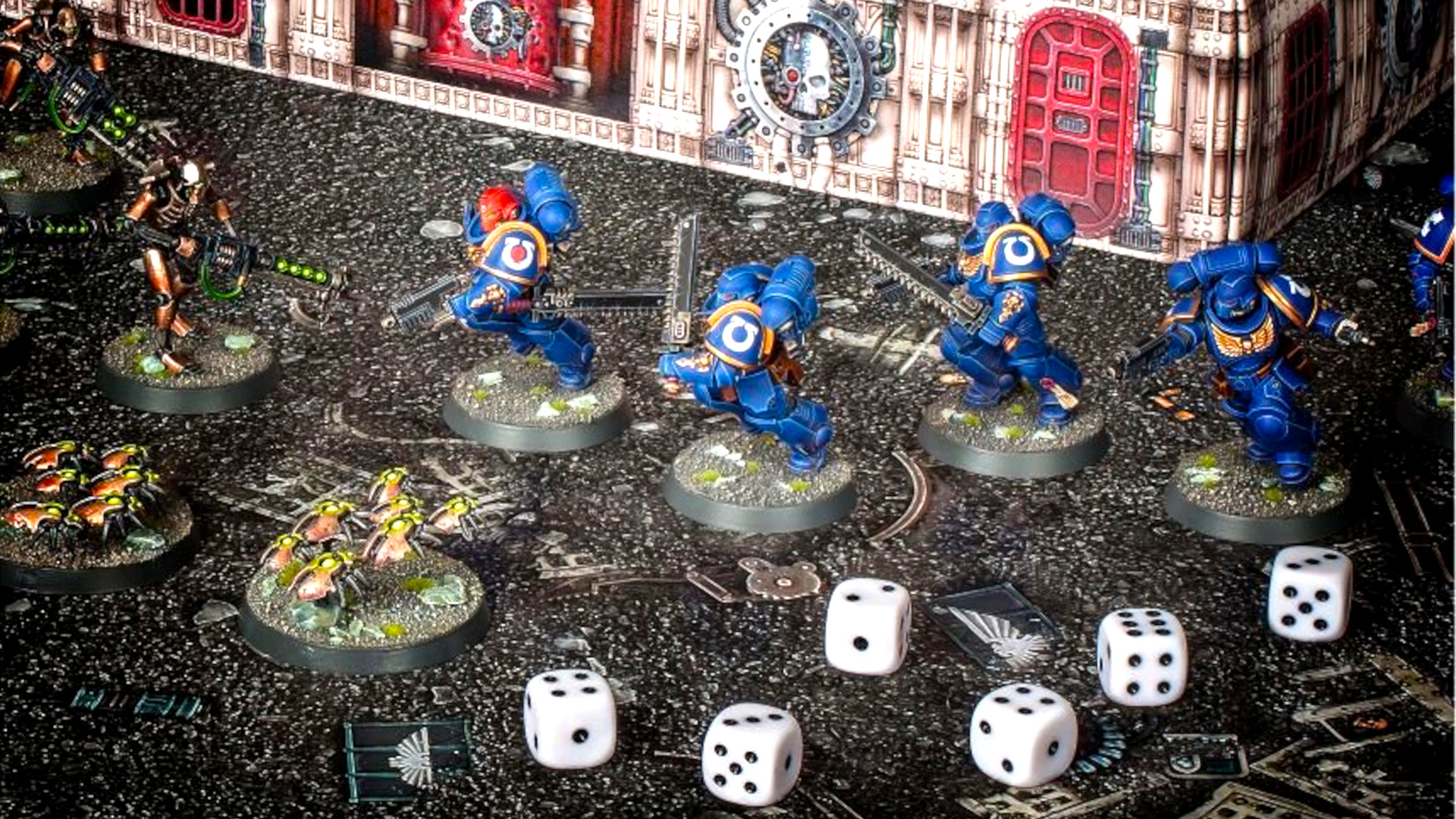 Don’t panic. You might look at the Warhammer 40k rules, drop your jaw, and think it’s way too complicated to be fun. You’d be wrong. It’s simpler than you think, and we guarantee you’ll get the hang of it in your first couple of games.

Playing Warhammer 40k is, basically, a lot like playing a board game. You and your opponent take turns to move your pieces, and then roll dice in order to do stuff with them.

Perfect pigments: These are the best Warhammer paints

The main difference is just that there’s no ‘grid’ on the board – you decide where your troops go; you choose where best to send them, and which tactics to use.

The basic Warhammer 40k rulebook in your starter set explains the several ‘phases’ in each turn, and how the game is structured. Each turn, you’ll move units and shoot their guns; then – if they’re close enough to the enemy – maybe charge into a close combat scrap. Some shots wound their targets, others ping off armour or thud into cover. 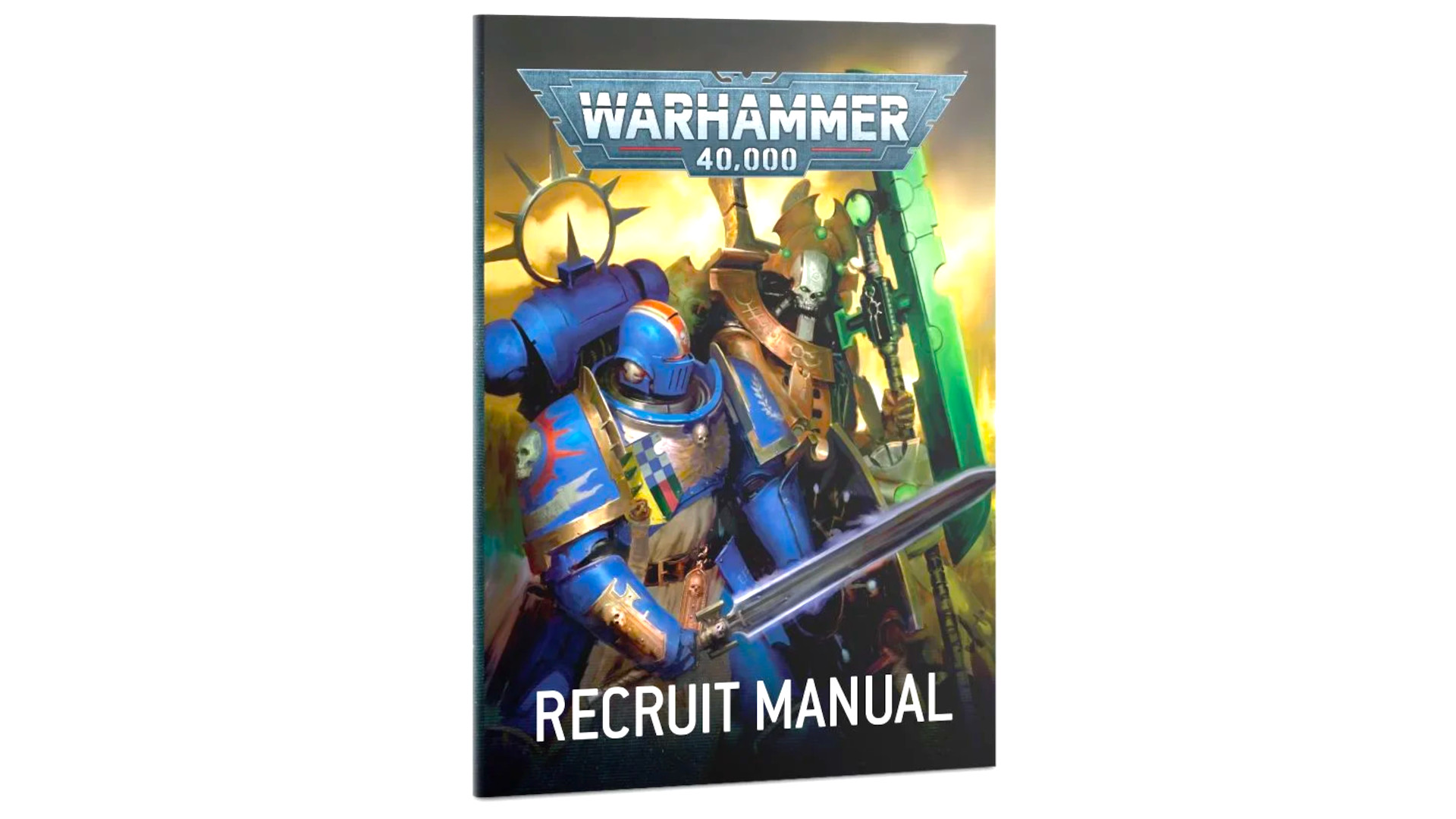 Unlucky models get shot off the board with bolts of plasma or chopped up in melee; others survive to the end, covered in glory. All this is determined by dice rolls, and there’s some luck involved – but it’ll be your tactical decisions that win or lose the fight.

So how do you actually win a game of Warhammer 40k? Well, there are various game modes with different win conditions – but, mostly, you’ll win by scoring more objectives than your opponent, and thus amassing a bigger pile of victory points as the game goes on. Your objectives can be a little different each game (which keeps things fresh), but typically they’ll always include taking and holding territory with your units, and leaving your opponents’ troops slain across the tabletop.

A full-scale Warhammer 40k game plays out over five ‘battle rounds’ (that’s five turns for each player) and can take a few hours to finish – but don’t worry; your first games, with just a few models on each side, will be much quicker.

Take your time figuring out what each of your Space Marine and Necron units can do, and get the feel for the game at your own pace. It’s utterly, utterly brilliant, and you’re going to love it. 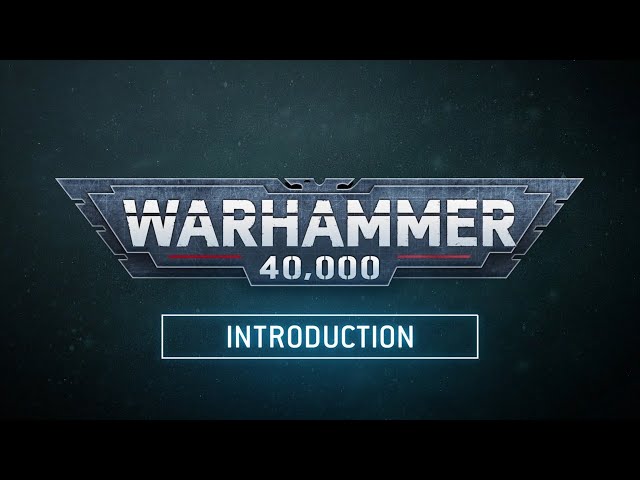 In the Warhammer 40k community, you’ll hear all sorts of talk about ‘building lists’ and ‘competitive viability’, and ‘mathhammer’ and such like. Ignore all of that; it’s not important right now.

The core of what playing Warhammer 40k is about is right here; you’ve already experienced it: building cool little model soldiers with your own hands, then moving them around on a table and having them fight an imaginary, awesome battle. It’s sublime. 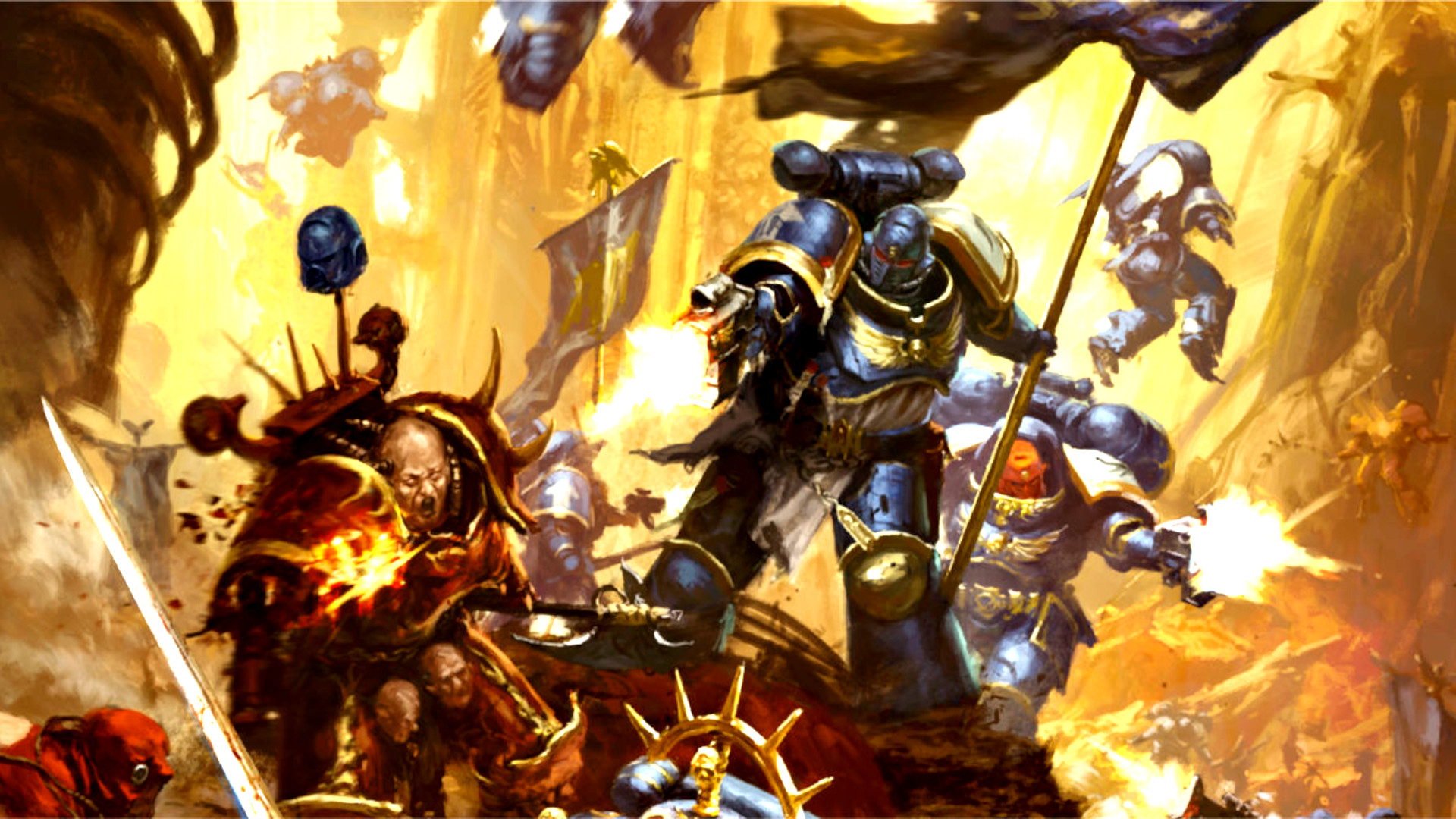 Well, you’ve done it now: you’ve built your first Warhammer 40k army and fought your first battle – and it only took a few hours! An entire galaxy of sci-fi gaming, lore, and hobby opportunities awaits.

If you’re hankering for more, the next step is to start collecting Warhammer 40k and building a larger army of your very own, to fight more substantial battles. If you particularly liked the Space Marines or Necrons from the starter set, you could consider one of the larger Warhammer 40k starter sets, as these are fairly cost effective ways to build up a bigger army of one of those two factions.

Otherwise, it’s time to find another Warhammer 40k army that appeals to you – whether it be from the Imperium of Man, the dark servants of Chaos, or one of the fearsome Xenos forces. It’s also a great time to try painting your models – our dead-easy beginner guides to painting miniatures and picking the best paints for miniatures can help you out there. 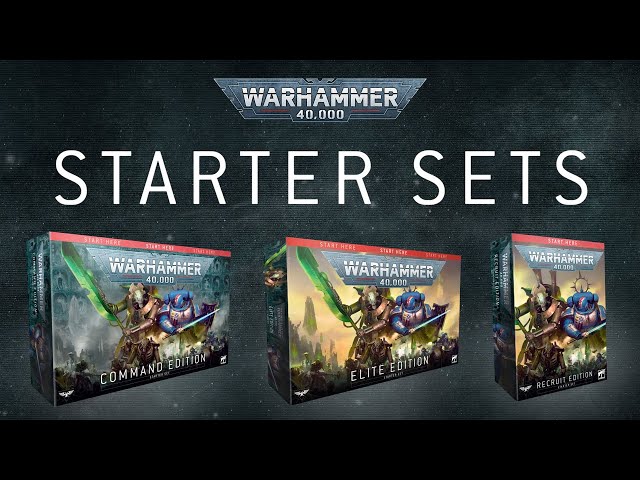 What should you buy next, once you’ve chosen your force? Well, many Warhammer 40k armies now have their own Combat Patrol starter set available for new players – these boxes cost around $150, and contain a fairly coherent little army, composed of units that cost substantially more when bought separately. We’ve written detailed guides to most Warhammer 40k armies (we’ll get ‘em all soon, don’t you worry), so read on and we’ll help you find which army floats your spaceship best. 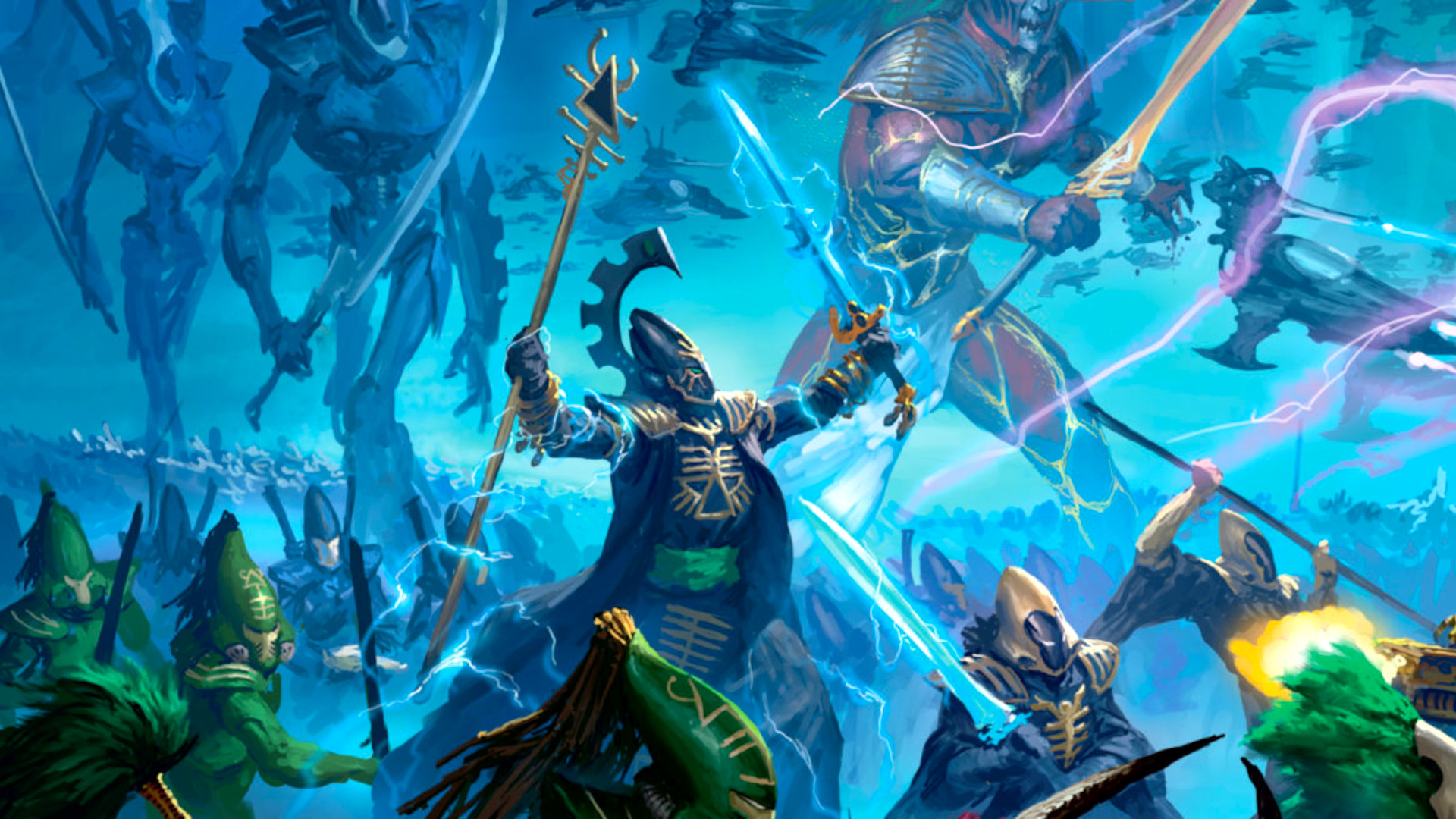 Depending on how you count them, there are between 24 and 30 different Warhammer 40k factions to choose from, each with their own range of units, rules, play style, lore, and background.

First, there are the Imperium factions – those aligned with the galaxy-spanning empire of Mankind. If you’re a true servant of humanity, you may well want to build an army of Space Marines – or form a band of more elite battle brothers from among the towering, gold-clad Adeptus Custodes; the alien-stalking special operatives of the Deathwatch; or the psychic daemon hunters of the Grey Knights.

Or, if hulking super-soldiers don’t appeal, you might prefer the cyborg tech-priests of the Adeptus Mechanicus; the hyper-religious battle-nuns of the Sisters of Battle; or foot-slogging infantry and tanks of the Astra Militarum armies. If all else fails, roll out the big guns and take on an army of hulking, robotic Imperial Knights.

Then we have the Chaos factions – the twisted followers of the dark gods of the Warp. You might take a shine to the Chaos Space Marines – corrupted mirror images of their loyalist brothers – or, more specifically, the disease-ridden Death Guard or sorcerous Thousand Sons legions. Take a step deeper into the Warp, however, and you might collect an army of Chaos Daemons, or the terrifying Chaos Knights.

Finally, there are the Xenos factions – the various deadly alien races living in our galaxy. You may wish to lead murderous piratical raids of Drukhari gunboats, or steer a warhost of proud, ancient, psychic Aeldari. You could lay waste to planets as mighty warboss of a wild, untamed Ork Waaagh!, or simply consume all life in your path, at the head of a merciless Tyranid hive fleet.

As Overlord of your own Necron Dynasty, your deathless, soulless robot warriors could sweep the galaxy – or, as a Commander of the high-tech T’au Empire, you could blast them all to wreckage with spectacular firepower. Lastly (for now, at least), you could always lead an uprising of the insidious Genestealer Cults, mutating and indoctrinating the downtrodden underclasses of humanity into alien guerilla revolutionaries. The choice is yours.