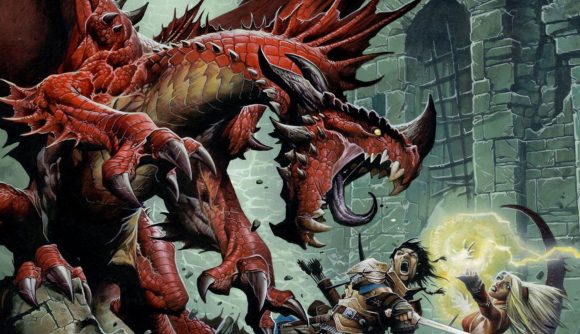 Popular fantasy tabletop RPG Pathfinder is getting an official digital toolset and game companion. Titled Pathfinder Nexus, the browser and app-based platform will include digital tools and content for playing and running Pathfinder RPG sessions, and is set to release in early 2022.

Akin to D&D Beyond, Pathfinder Nexus will digitally recreate the tabletop RPGs resources, as well as offer new tools that streamline planning and playing. The platform will include an online character creator, interactive digital character sheets, a ‘digital reader’ that lets you read sourcebooks bought on the platform, a game compendium, and a ‘playspace’ that integrates video chat with all of the platform’s other tools.

Its digital reader section is live now, while its compendium and character management functions will go up over the next few months. Demiplane, the firm developing Nexus, which already operates its own digital platform for RPG voice chat, matchmaking, and shared journaling, says it has an extensive roadmap planned for the service. Expect to see more features coming over the next few years, including a mobile app.

Players who already own a physical copy of a Pathfinder sourcebook, or bought a digital copy from Paizo’s webstore, will have to purchase it again on Pathfinder Nexus if they want to read it on the platform. However, the service’s FAQs page says you’ll be offered a “significant discount” on purchasing books you already own by connecting your Paizo account to Nexus.

Heading the creation of Nexus is Adam Bradford, who some D&D fans might recognise as the ‘founder’ of D&D Beyond. “Pathfinder Nexus will give players the kind of support that a dynamic and expansive game like Pathfinder deserves,” Bradford said in a press release. 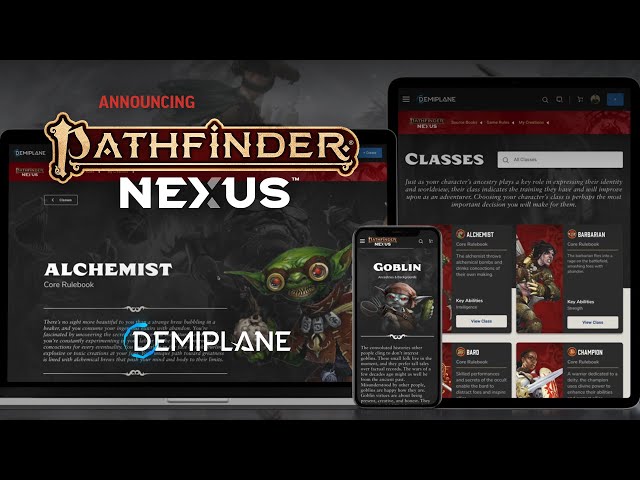 “I have seen firsthand how technology can elevate play experiences. I’m thrilled for fans to see how much convenience Pathfinder Nexus brings to the table so that the most important elements can shine through – the players and the stories you’re telling together.”

Pathfinder Nexus is live now, and is scheduled to fully launch in early 2022. Before then, you can pre-order sourcebooks on the platform to unlock early access to its digital reader. You can also nab the Pathfinder Primer (essentially the game’s basic rules sheet) for free, giving you a good overview of what Nexus looks like and how it feels to use.

Pathfinder Nexus currently only supports the game’s second edition, so don’t expect to see any sourcebooks or character sheets for its first iteration.

If you’re just starting out your journey, read our guide to the Pathfinder classes, so you can jump into character creation with ease.